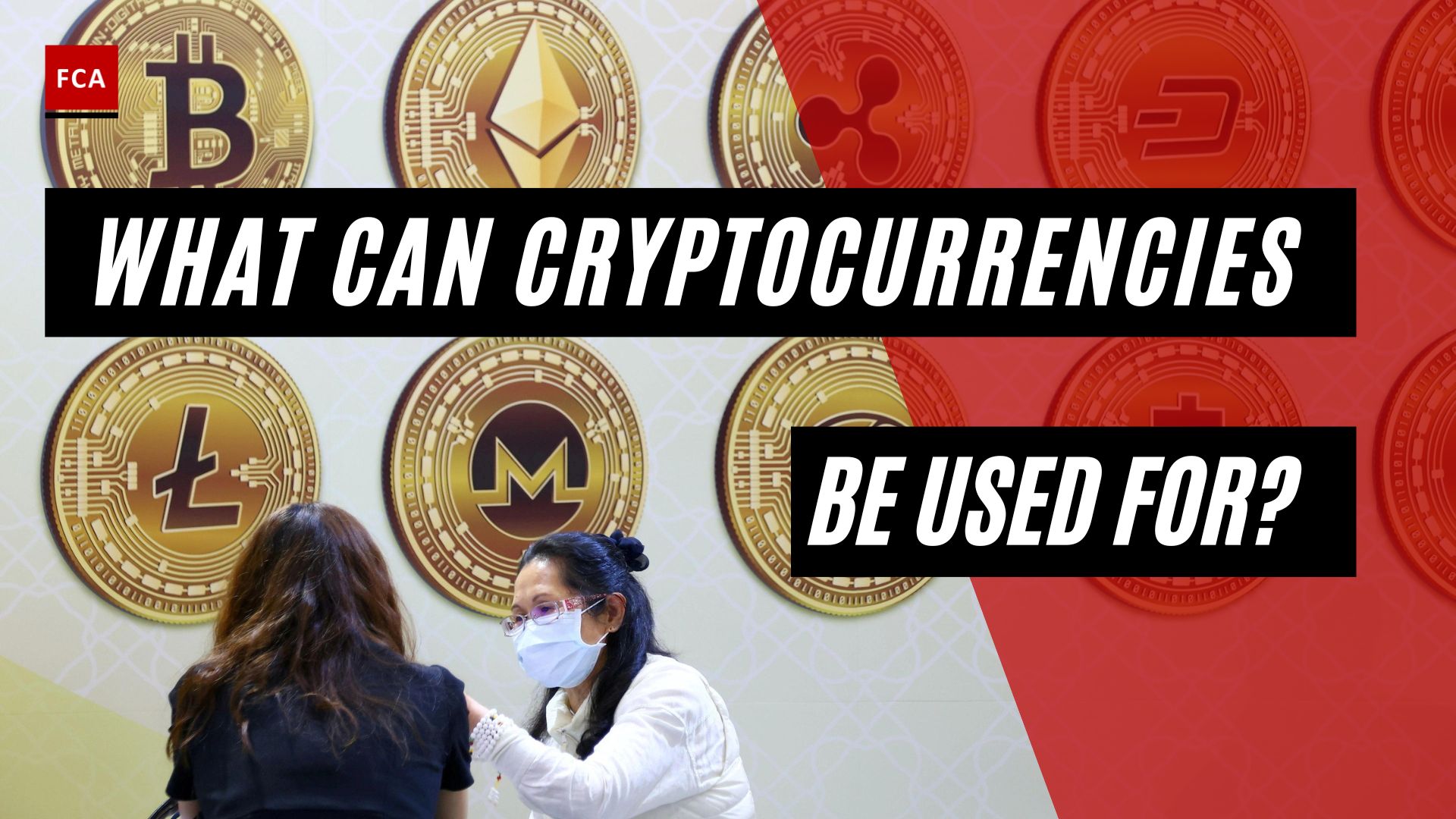 What can cryptocurrencies be used for? In the past, finding a merchant that accepts cryptocurrency was complicated, if not impossible. These days, however, the situation is entirely different. In this lesson, we will briefly discuss what you can do practically with cryptocurrencies, including buying goods, investing, mining, and accepting cryptocurrencies as a form of payment. From a financial crime perspective, this is particularly important because this will help you understand some of the more common schemes, including money laundering and terrorist financing.

What Can Cryptocurrencies Be Used For?

First of all, you can buy goods with cryptocurrencies. There are a lot of merchants – both online and offline – that accept cryptocurrencies as a form of payment. They range from massive online retailers like Overstock and Newegg to small local shops, bars, and restaurants. Cryptocurrencies, and Bitcoin, in particular, can be used to pay for hotels, flights, jewelry, apps, computer parts, and even a college degree.

Other digital currencies like Litecoin, Ripple, Ethereum, etc., aren’t accepted as widely just yet. However, things are changing for the better, with Apple having authorized at least ten different cryptocurrencies as a viable form of payment on the App Store.

Of course, users of cryptocurrencies other than Bitcoin can always exchange their coins for Bitcoins. Moreover, Gift Card-selling websites like Gift Off accept around 20 different cryptocurrencies. Through gift cards, you can essentially buy anything with a cryptocurrency.

Finally, there are marketplaces like Bitify and OpenBazaar that only accept cryptocurrencies. Secondly, you can invest in them. Many people believe that cryptocurrencies are the hottest investment opportunity currently available. Indeed, there are many stories of people becoming millionaires through their Bitcoin investments. Bitcoin is the most recognizable digital currency to date, and just last year, one Bitcoin was valued at more than 28,500 U.S. dollars.

Ethereum, perhaps the second most valued cryptocurrency, has recorded the fastest rise a digital currency has ever demonstrated. Since May 2016, its value has increased by at least 2,700 percent. When it comes to all cryptocurrencies combined, their market cap soared by more than 10,000 percent since mid-2013. In 2022, the value of Ethereum is around 4,000 to 4,500 U.S. dollars.

However, Ethereum is worth noting that cryptocurrencies are high-risk investments. Their market value fluctuates like no other asset. Moreover, this is partly unregulated, there is always a risk of them getting outlawed in certain jurisdictions, and any cryptocurrency exchange can potentially get hacked.

For many who want to invest in cryptocurrencies, Bitcoin is still the dominant choice. However, in 2017 its share in the crypto-market has dramatically fallen from 90 percent to just 40 percent. There are many options currently available, with some coins being privacy-focused, others being less open and decentralized than Bitcoin, and some just outright copying it. In 2022, various cryptocurrency investment options are available that make the share of Bitcoin lesser than in previous years.

While it’s very easy to buy Bitcoins, numerous exchanges exist that trade in Bitcoins. Other cryptocurrencies aren’t as easy to acquire. Although, this situation is slowly improving with major exchanges like Kraken, BitFinex, BitStamp, and many others starting to sell Litecoin, Ethereum, Monero, Ripple, and so on. There are also a few other ways of being a coin. For instance, you can trade face-to-face with a seller or use a Bitcoin ATM.

Once you buy your cryptocurrency, you need a way to store it. All major exchanges offer wallet services. But, while it might seem convenient, it’s best to store your assets in an offline wallet on your hard drive or even invest in a hardware wallet, which is the most secure way of storing your coins and gives you complete control over your assets.

As with any other investment, you need to pay close attention to the cryptocurrency market value and related news. Coinmarketcap is a one-stop solution for tracking most existing cryptocurrencies’ price, volume, circulation supply, and market cap.

Depending on your jurisdiction, once you’ve made a profit or a loss investing in cryptocurrencies, you might need to include it in your tax report. Regarding taxation, cryptocurrencies are treated very differently from country to country. In the U.S., the Internal Revenue Service ruled that Bitcoins and other digital currencies should be taxed as property, not currency. For investors, this means that accrued long-term gains and losses from cryptocurrency trading are taxed at each investor’s applicable capital gains rate.

Thirdly, you can also use my cryptocurrencies. Miners are the single most important part of any cryptocurrency network, and much like trading, mining is an investment. Essentially, miners are providing a bookkeeping service for their respective communities. They contribute their computing power to solving complicated cryptographic puzzles necessary to confirm a transaction and record it in a distributed public ledger called the Blockchain.

One of the interesting things about mining is that the difficulty of the puzzles is constantly increasing, correlating with the number of people trying to solve them. So, the more popular a particular cryptocurrency becomes, the more people try to mine it, and the more complex the process becomes.

A lot of people have made fortunes by mining Bitcoins. Back in the day, you could make substantial profits from mining using just your computer or a powerful enough laptop. These days, Bitcoin mining can only become profitable if you’re willing to invest in industrial-grade mining hardware, which incurs huge electricity bills on top of the price of all the necessary equipment.

Litecoins, Dogecoins, and Feathercoins are said to be the best cryptocurrencies in terms of being cost-effective for beginners. For instance, at the current value of Litecoins, you might earn anything from 50 cents to 10 dollars a day using only consumer-grade hardware.

But how do miners make profits? The more computing power they manage to accumulate, the more chances they have of solving the cryptographic puzzles. Once a miner manages to solve the puzzle, they receive a reward and a transaction fee.

As a cryptocurrency attracts more interest, mining becomes more challenging, and the number of coins received as a reward decreases. For example, when Bitcoin was first created, the reward for successful mining was 50 BTC. Now, on mining, the reward stands at 6.25 Bitcoins, which happened because the Bitcoin network is designed so that there can only be a total of 21 million coins in circulation. Nineteen million Bitcoins have been mined, leaving 2 million. As rewards will become smaller and smaller, every Bitcoin mined will become exponentially more and more valuable.

All those factors make mining cryptocurrencies an extremely competitive arms race that rewards early adopters. However, where you live, profits made from mining can be subject to taxation and Money Transmitting regulations. In the U.S., the FinCEN has issued guidance regarding mining cryptocurrencies, and exchanging them for flat currencies may be considered money transmitting. Thus, miners might need to comply with special laws and regulations dealing with this type of activity.

Last but not least, you can accept cryptocurrencies as payment. If you own a business and are looking for potential new customers, accepting cryptocurrencies as a form of payment may be a solution for you. The interest in cryptocurrencies has never been higher, and it will only increase. Along with the growing interest, the number of crypto-ATMs is also growing worldwide. Available data shows that 33,896 Bitcoin ATMs were installed worldwide until December 2021, and around 90% of the ATMs are operating in the United States. In 2022. 3,000 Bitcoin ATMs are installed globally.

First, you must let your customers know that your business accepts crypto coins. Simply putting a sign by your cash register should do the trick. The payments can be accepted using hardware terminals, touch screen apps, or simple wallet addresses through Q.R. codes.

There are many different services that you can use to be able to accept payments in cryptocurrencies. For example, CoinPayments currently accepts over 75 different digital currencies, charging just 0.5 percent commission per transaction. Other popular services include Cryptonator, CoinGate, and BitPay, with the latter only accepting Bitcoins.

In the U.S., Bitcoin and other cryptocurrencies have been recognized as convertible virtual currency, which means accepting them as a form of payment is the same as accepting cash, gold, or gift cards.

For tax purposes, US-based businesses accepting cryptocurrencies need to record a reference of sales, the amount received in a particular currency, and the transaction date. If sales taxes are payable, the amount due is calculated based on the average exchange rate at the time of sale.

Bitcoin was the first financial blockchain, created in 2008 by an individual (or group, who knows) named Satoshi Nakamoto. Its value has skyrocketed to absurd proportions: you may have seen articles like “if I had brought $100 of bitcoin back in 2010, I’d have over US$100 million now” or about Bitcoin’s first billionaires. A growing number of retailers and online sellers are beginning to accept Bitcoin as payment. Without going into too much detail, while Ethereum is very similar to Bitcoin, its applications go beyond the financial aspects of things like mining and into the provision of services on its own blockchain. 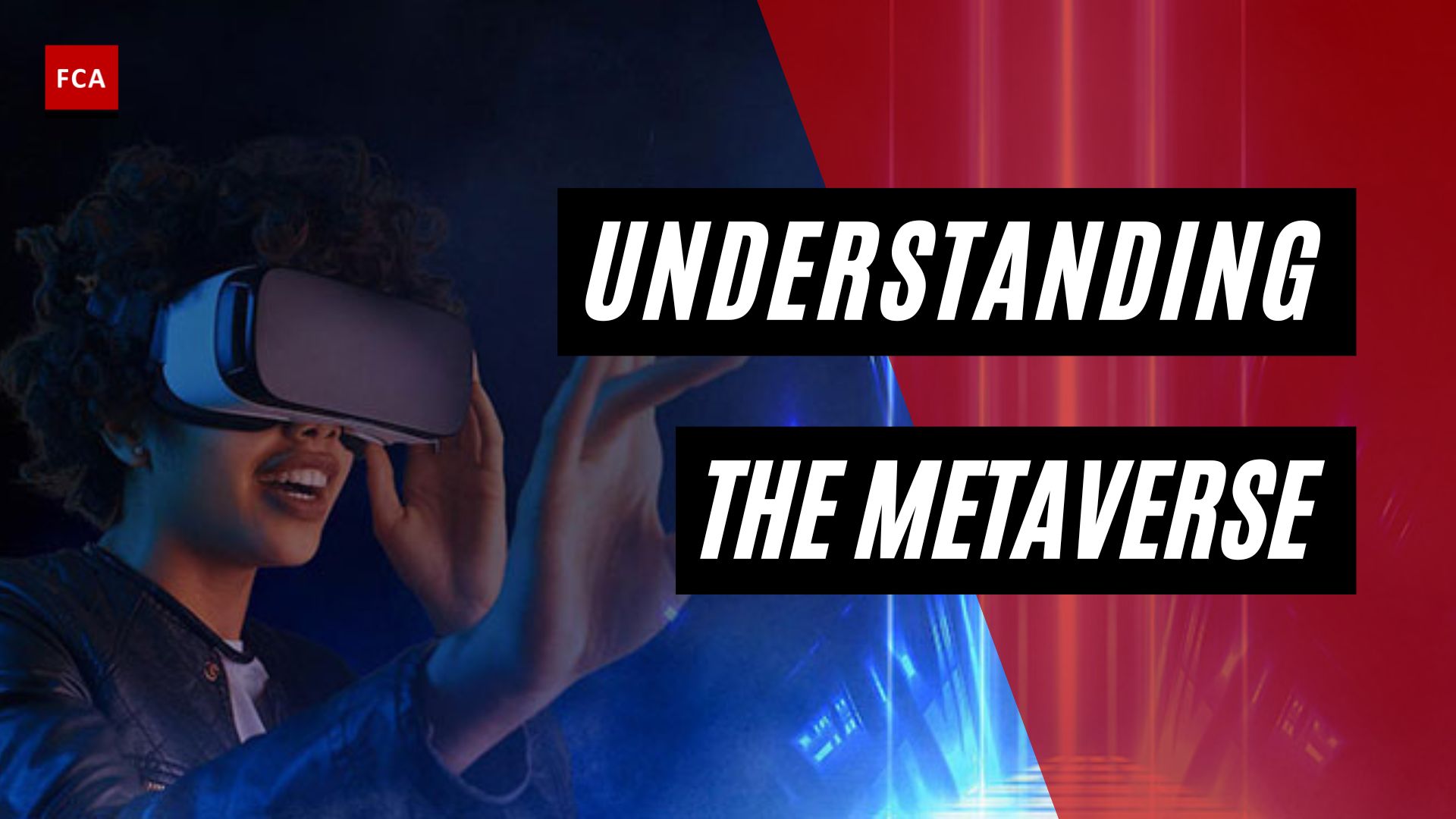 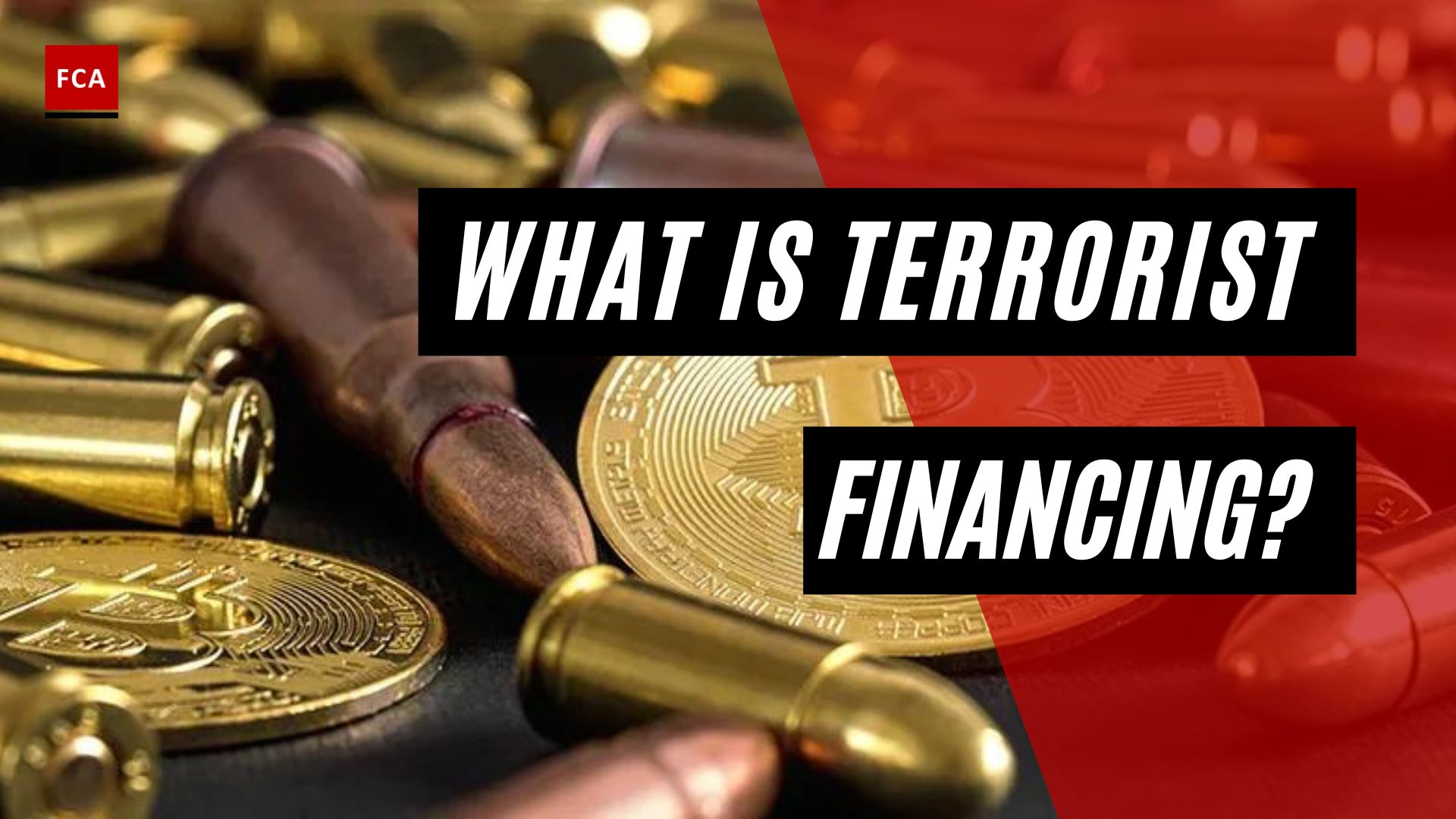 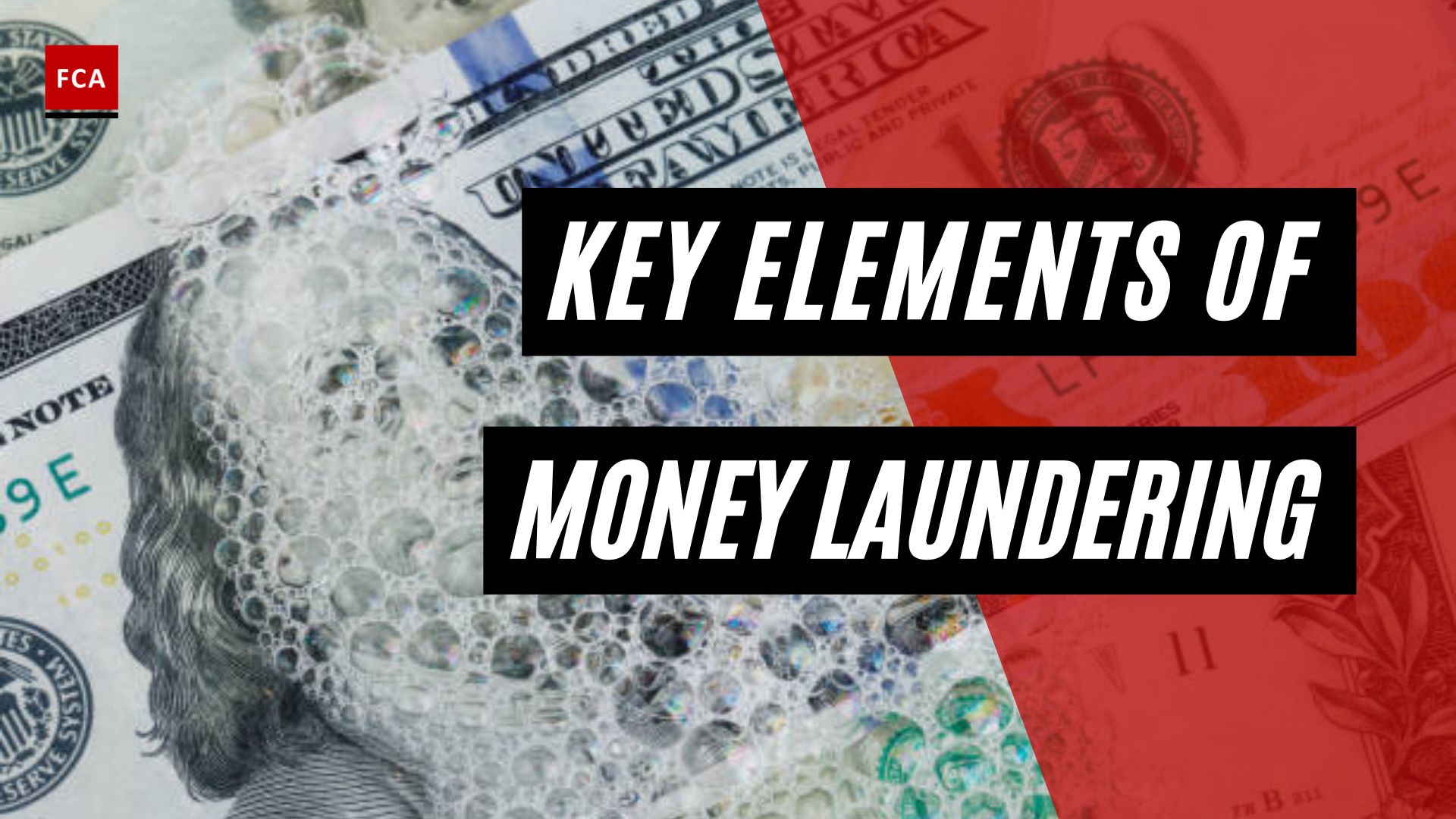 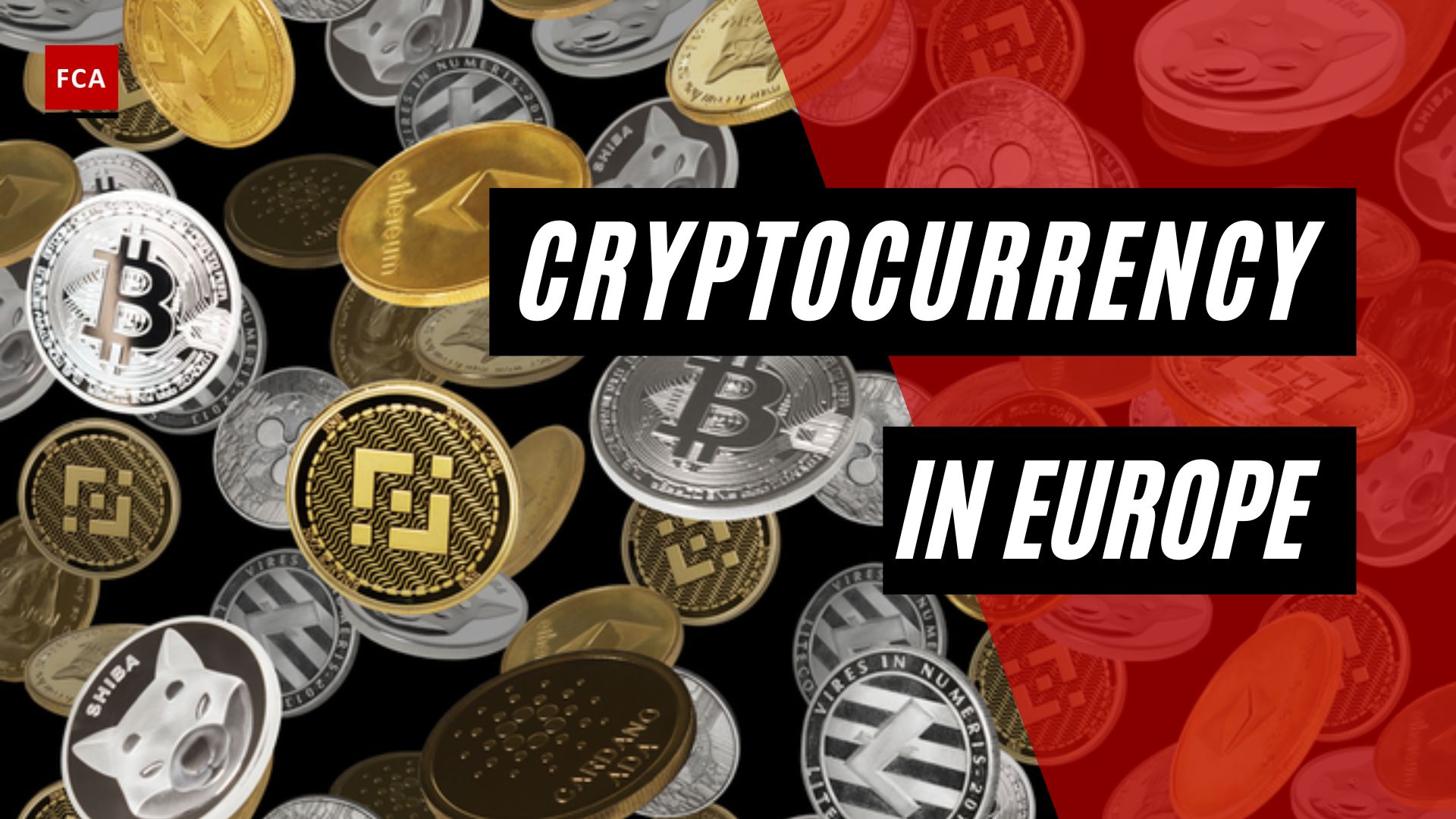