Determination and calculation of damages. Commercial damages calculations vary considerably as their circumstances vary widely from case to case. In addition, the industries involved may be very different and may present unique issues. As a result of this variability, commercial damages cases present a greater degree of complexity for the damages expert.

The computation of lost profits arising from an alleged wrongful act can be expressed as follows:

These equations may need to be modified depending on particular circumstances. For example, in some cases, there may be no loss of revenues; therefore, only additional costs were incurred. There may be a loss in sales revenue without a corresponding saving in variable costs in other situations.

Lost profit damages vary by type of action and jurisdiction. The general principles guiding the calculation of lost profits are, on the face of it, simple. Net profits are defined as revenues that the plaintiff would have received. Still, for the defendant’s wrongful actions, less the costs saved as a result of not having to earn those revenues must be computed. The computation can be broken down into several steps as follows:

Determining the damage period can be relatively straightforward or may be difficult. The choice of length of a damaging period depends on the length of time necessary for the damaged firm to complete its adjustment to the loss of business so that the remaining effects of the wrong suffered are negligible. In a business interruption case, losses may be measured until the time the sales or profits of the plaintiff’s business have recovered.

The length of time must also take into account the fact that other causal influences on the firm’s profits may overwhelm the influence of the wrongful act. Suppose the incremental profit shrinks with each successive period, and the discount rates fully incorporate risk factors. In that case, usually, the present value of each future year’s lost profit will fall off easily. As the present value in each period decreases towards zero, it will normally clarify where the damage period can be cut off with little effect on the total present value of the losses suffered.

The further into the future forecast, the greater the uncertainty surrounding it. Courts are reluctant to award damages where calculations are based on assumptions. As a result, losses will generally only be recoverable in respect of the period within which they can be estimated with reasonable certainty. The legal basis for establishing damages to the satisfaction of the courts requires that damages must be proven with a reasonable degree of economic certainty, may be estimated and, do not have to be exactly measured, cannot be speculative.

Where the wrongful act has caused the plaintiff to go out of business, the loss period is infinite. Although the loss period may have no definite termination date, this does not imply that the losses themselves are infinite. The practice of discounting projected lost profits to present value means that losses in the future are discounted to increasingly lower values. In effect, this discounting process represents a calculation of the value of the business based on the amount and timing of the cash flows it would have generated had it not gone out of business.

The courts will tend to look at the specific circumstances of each case and rely on the evidence of experts when deciding on the appropriate period to use for the calculation of damages for business interruption.

Sales are usually a function of volume sold and unit price. Estimation of lost revenues will therefore involve looking at historical patterns and future expectations of volumes and prices. In a typical business interruption case, the projection of revenues that the plaintiff firm has lost as a result of the alleged wrongdoing is based on the plaintiff firm’s historical rate of revenue growth, as well as other relevant factors.

An expanding business will have to support claims made by reference to budgets, forecasts, investment appraisals, and market surveys. Market conditions in the industry generally will also need to be considered. Losses are measured by projecting revenues and then converted to profits by applying a relevant profit margin.

In general, defendants are only required to compensate plaintiffs for net profits, not gross profits or gross selling price. The Court of Appeal has held that damages for loss of gross profit or gross contribution can only be claimed if the overheads could not reasonably be avoided and/or where there was no substitute business available.

It should be noted that the basis of calculation for compensation for loss of profits is often set out in a relevant insurance policy, and if so, this will determine the components of the compensable loss and how it is calculated. In particular, if only losses over a pre-determined amount are recoverable, this will be factored into the calculation. Also, any conditions or limitations imposed on margins recoverable under the policy must be considered.

The profit calculation in annual financial statements includes sales revenues for the period. The concept of profit in calculating damages or lost profits in litigation is quite different.

It can be difficult, and sometimes ill-advised, to attempt to measure lost net profit streams directly. Understanding why the gross or net profit margin is not suitable for measuring the change in profits is an important concept. Firms usually account separately for sales and keep accurate and detailed sales data. Trends and seasonal patterns in sales are easy to observe.

Profits, however, are residual. Inaccuracies can arise in the recording of costs resulting from misallocations between periods, the use of estimates and subsequent corrections, and a mixture of cash and accrual accounting. This can lead to material fluctuations in margins, making it unwise to use recorded margins to project profitability. In addition, historic margins may conceal a mixture of variable, semi-variable, and fixed costs and may not, therefore, approximate the margin on the incremental sales lost as a result of the defendant’s alleged wrongful act.

Instead of measuring and projecting profits as recorded, it is preferable to measure and project sales and costs separately. Using this approach, the before and after gross revenue streams are measured or estimated, and the related costs are then separately deducted to arrive at incremental profits lost. The incremental profit margin measures the change in net profits due to a specific change in revenue.

A common technique to calculate the incremental profit margin is to identify each expense category (using profit and loss accounts or more detailed underlying financial data such as adjusted trial balance amounts) as being fixed or variable. The distinction lies in the importance of distinguishing between which categories of cost are fixed (do not vary with the level of revenue) and which are variable (do vary with the level of revenue). Another way of expressing this is that variable costs are those costs that can be cut back or avoided when revenues are lost. Fixed costs are those that would be incurred with or without the revenue loss.

The successful party is entitled to recover the costs of the case, such as filing fees, service fees, jury fees, interpreter fees, and so on. They do not have to expressly request this; the Rules of Civil Procedure state that the court must award costs. 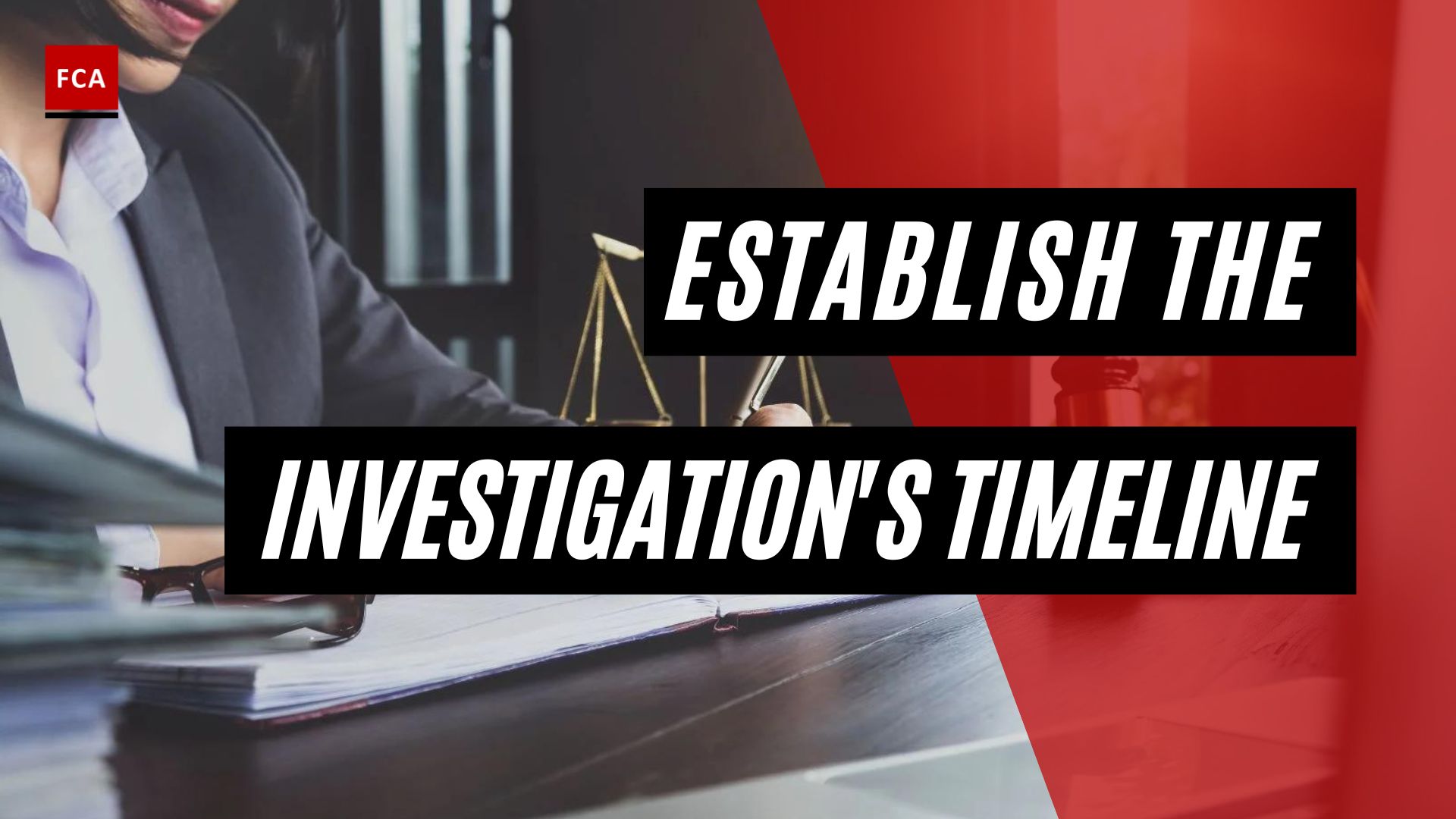 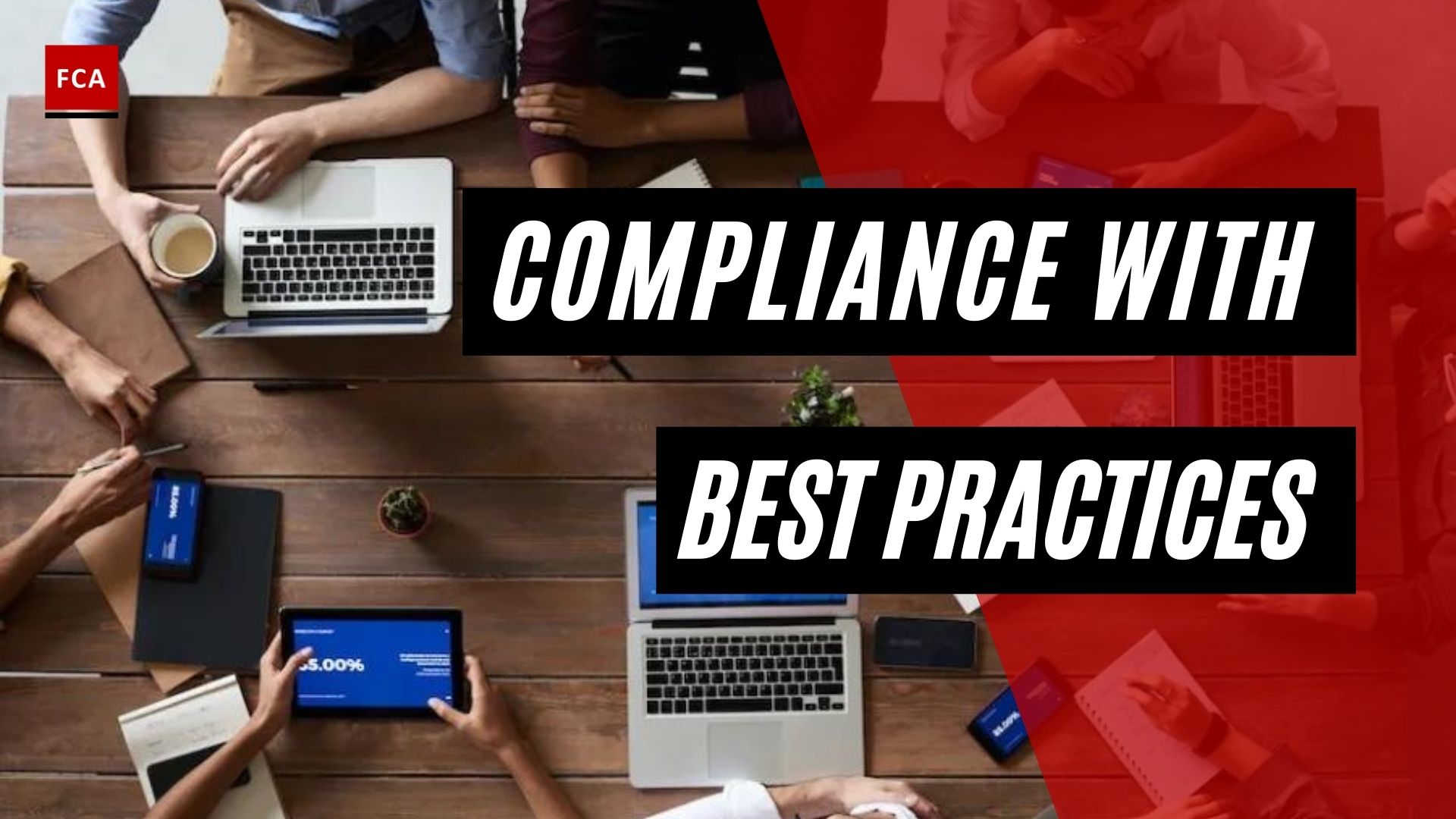 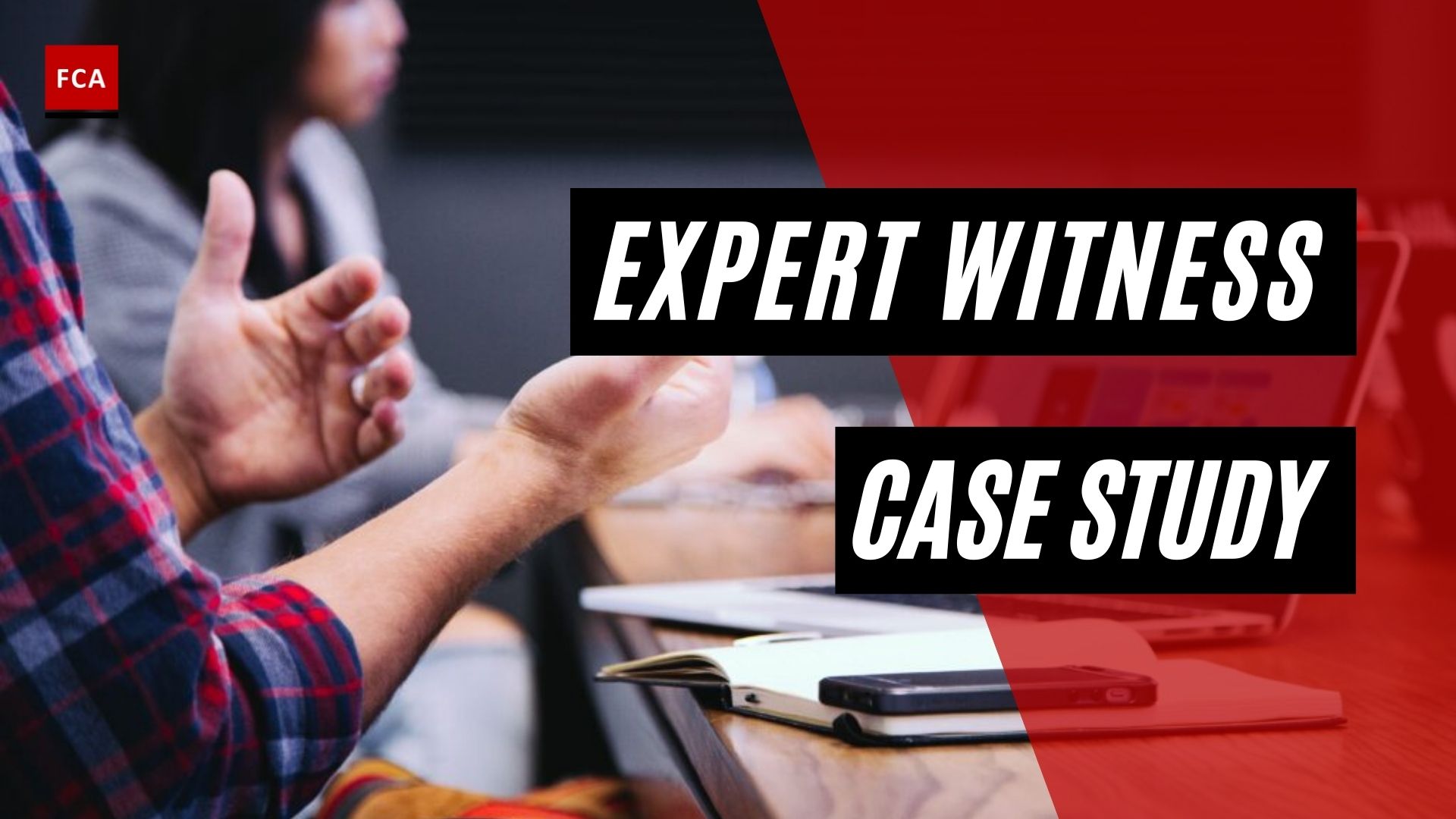 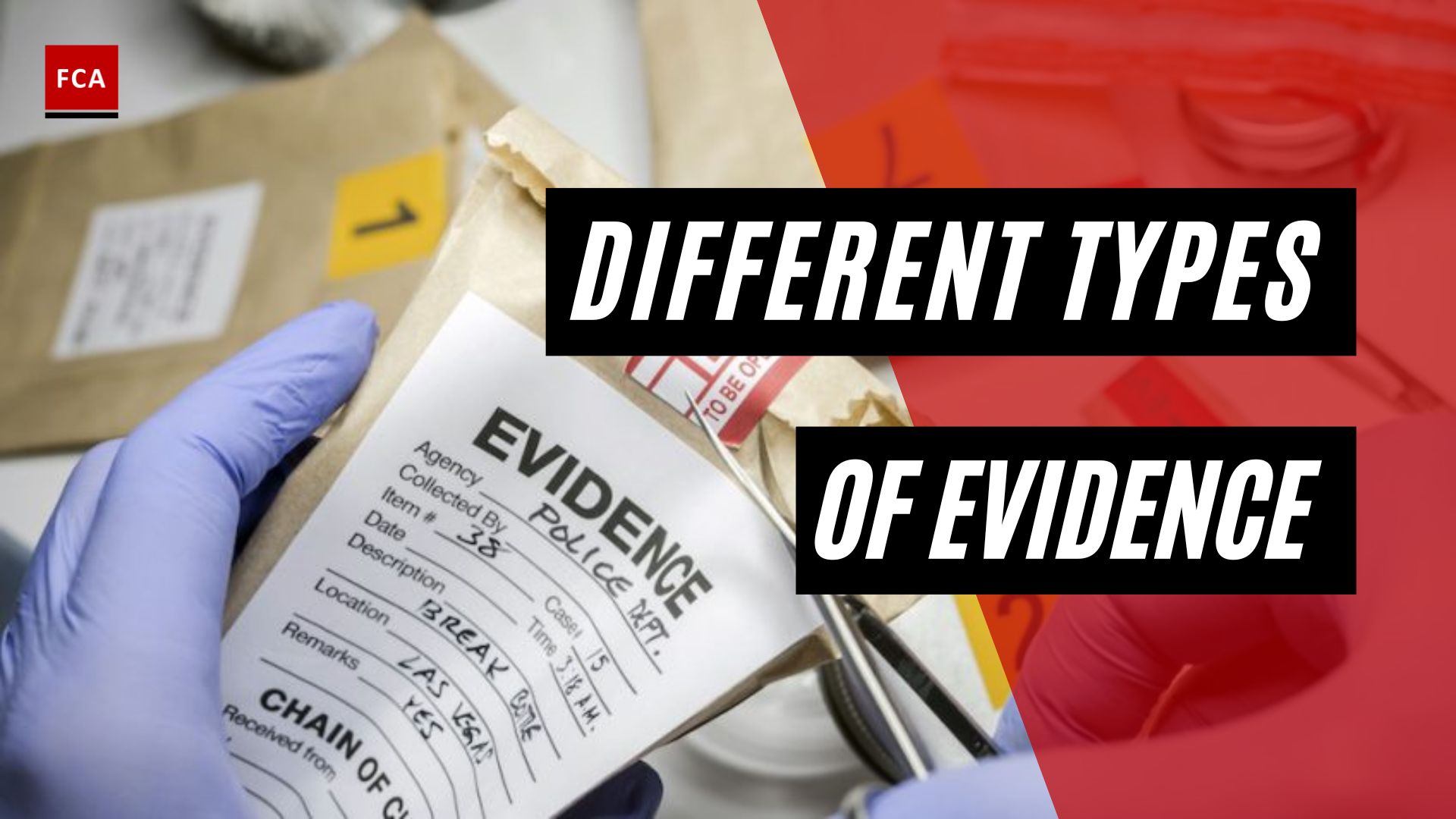 Different Types Of Evidence: Important Documents, Interviews, And Other Information