How Do Sanctions work? 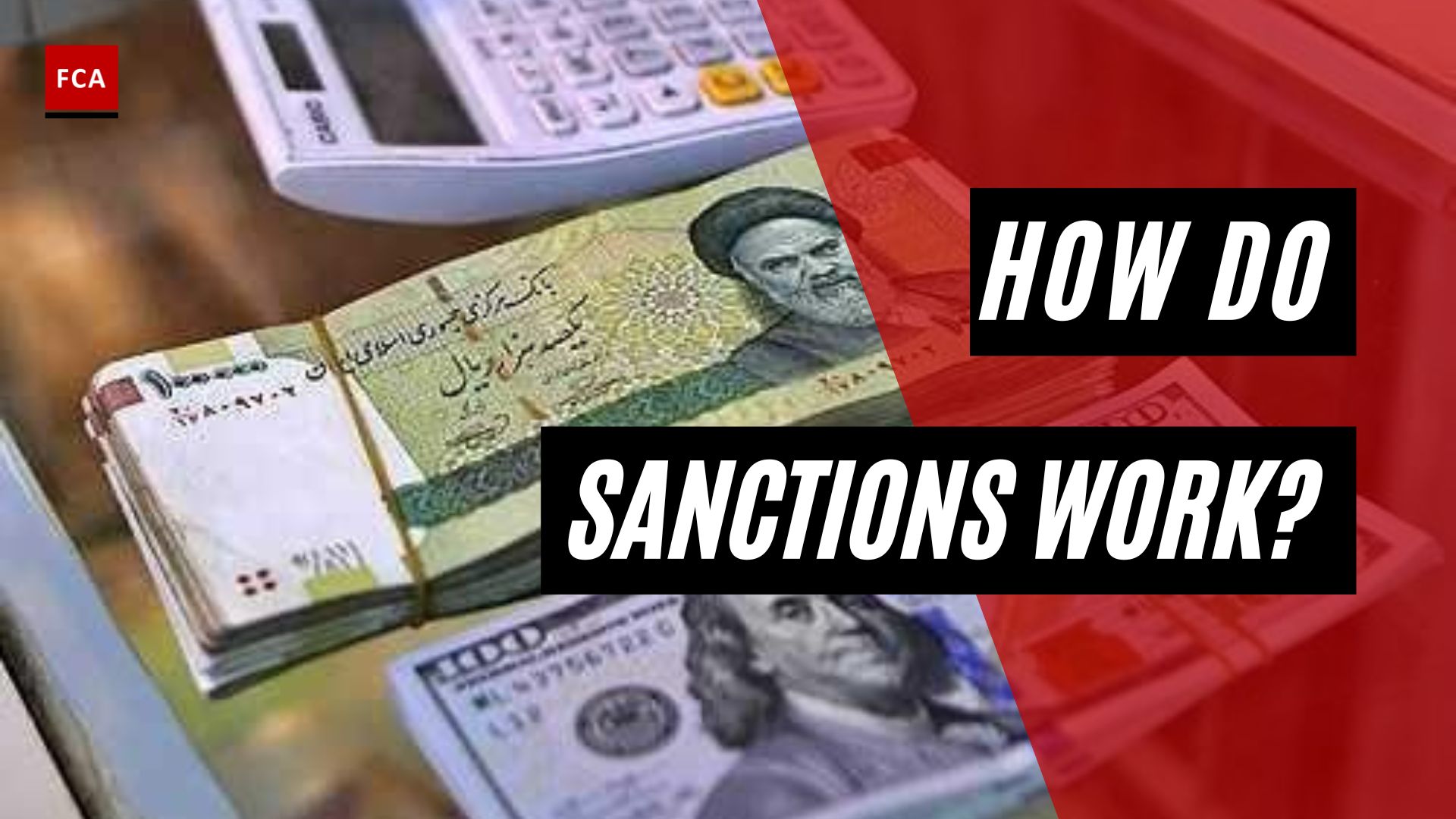 How do sanctions work? Hereby, we will differentiate between comprehensive sanctions, targeted or smart sanctions, and sectoral sanctions. Economic sanctions are penalties imposed on a country, its officials, or individual citizens as punishment or to provide disincentives for the targeted policies and actions.

Travel bans and export restrictions, as well as trade embargoes and asset seizures, are examples of economic sanctions. By definition, such sanctions apply to parties not readily subject to law enforcement by the sanctioning jurisdiction.

How Do Sanctions work?

For centuries, economic sanctions have been used as a weapon of war. Economic sanctions were frequently used by countries at war in 17th and 18th century Europe. They included trade bans, port closures against enemies, and bans on trade in specific commodities. Economic sanctions are still used to combat terrorism, nuclear proliferation, military conflicts, and other foreign policy crises.

The primary goal of imposing sanctions is to deter bad behavior by imposing economic punishment on the targeted country and forcing rehabilitation, or changed behavior, on that country. However, the effectiveness and enforcement of sanctions are critical to their success. Sanction efforts are most effective when coordinated and implemented multilaterally with allies, and poor design and implementation of sanctions policies frequently results in them failing to achieve the desired results.

Different sanctions regimes have different comprehensively sanctioned countries because sanctions are a matter of foreign policy, which may create conflict. For example, while most countries agree that North Korea should be comprehensively sanctioned, such is not the case with Cuba. Comprehensive sanctions do not discriminate between the individuals in a country who are shaping and implementing policy and the uninvolved residents in that country. As such, they can be seen as unhumanitarian.

An example of comprehensive sanctions resulting in a virtually total financial and trade embargo was the UN embargo on Iraq. On August 6, 1990, the UN Security Council imposed comprehensive economic sanctions on Iraq. This was in response to the Iraq invasion of Kuwait. After the US-led coalition pushed Iraq out of Kuwait, the sanctions were left in place to incentivize disarmament.

The comprehensive Iraq sanctions were harshly criticized because of their disparate impact on the innocent Iraqi civilians and unclear influence on the Iraqi leader Saddam Hussein to change his behavior.

So, in the 1990s, there was increasing concern over the impact of sanctions on civilian groups. Comprehensive sanctions were seen as blunt weapons that most impacted those civilians who were already economically disadvantaged.

Targeted sanctions, sometimes called “smart sanctions,” allow for greater discrimination in imposing sanctions, especially considering that a particular geographic location can contain many different ethnicities, minorities, and other groups. The idea is that the policy and behavior of the government are not necessarily reflective of the attitudes of the people being governed. Targeted sanctions also reject the philosophy that causing civilian pain and unrest leads to political change or hold that if it does, such a trade-off is not acceptable.

Essentially, since 2014, sectoral sanctions have been a new type of sanction, though they have raised compliance questions since their advent. In this light, sectoral means “in a certain part or area.” One of the corresponding lists is called SSI: Sectoral Sanctions Identification, which, in this example, is published by OFAC.

Sectoral sanctions first were used against Russia when it illegally annexed Crimea and Sevastopol. These sanctions blocked the issuance of new long-term debt and equity against state-owned Russian banks, Russian energy companies, and Russian defense companies, among others.

Sanctions’ success can be measured by the achievement of desired policy goals, or simply by the cost to the targeted countries and individuals, if punishment is the goal. They can also impose costs on citizens of the targeted country as well as businesses in the sanctioning country.

If the goal is to change the behavior of targeted countries and individuals, their incentives and options will ultimately be at least as important as the sanctioning powers’ leverage. 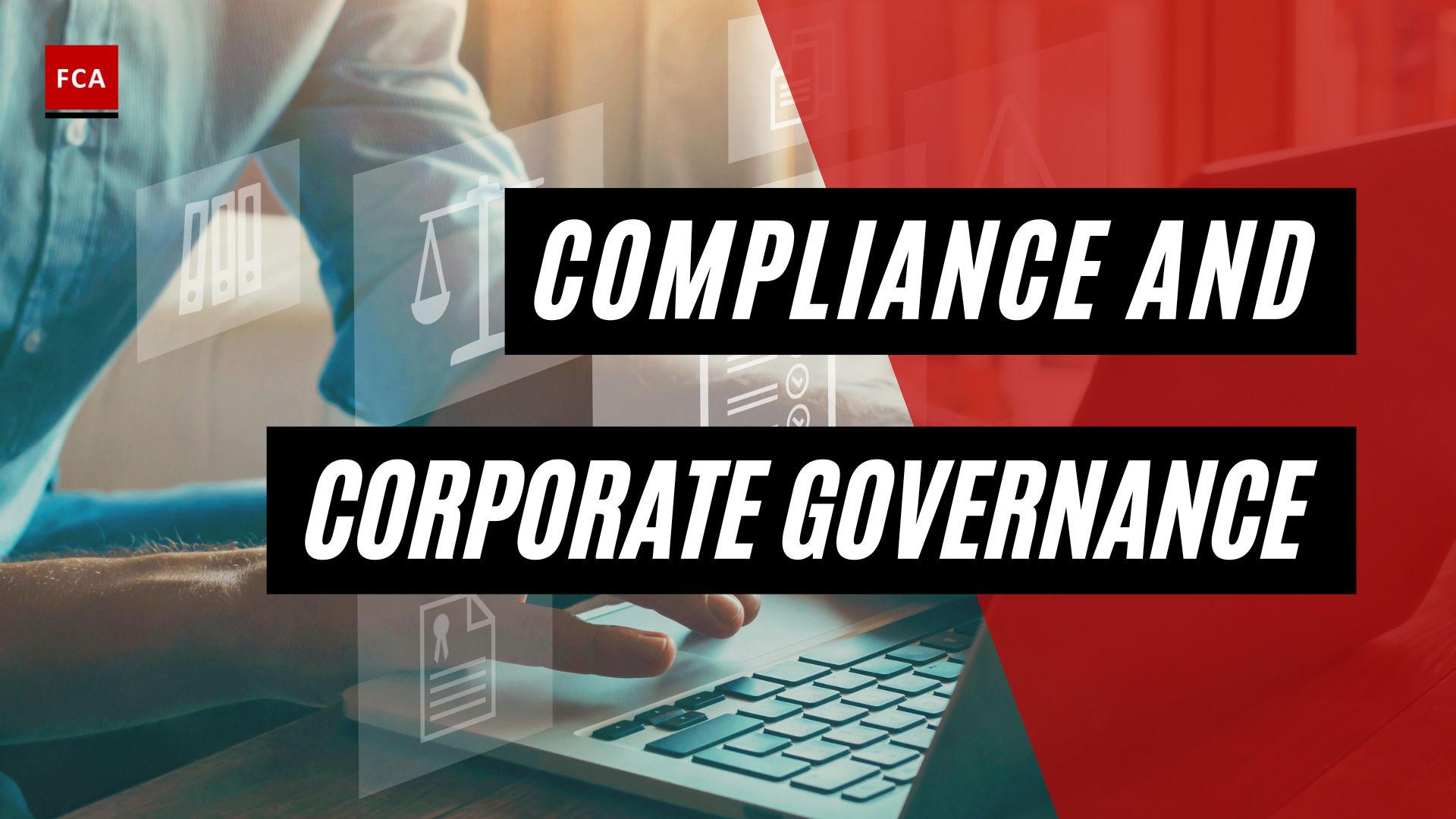 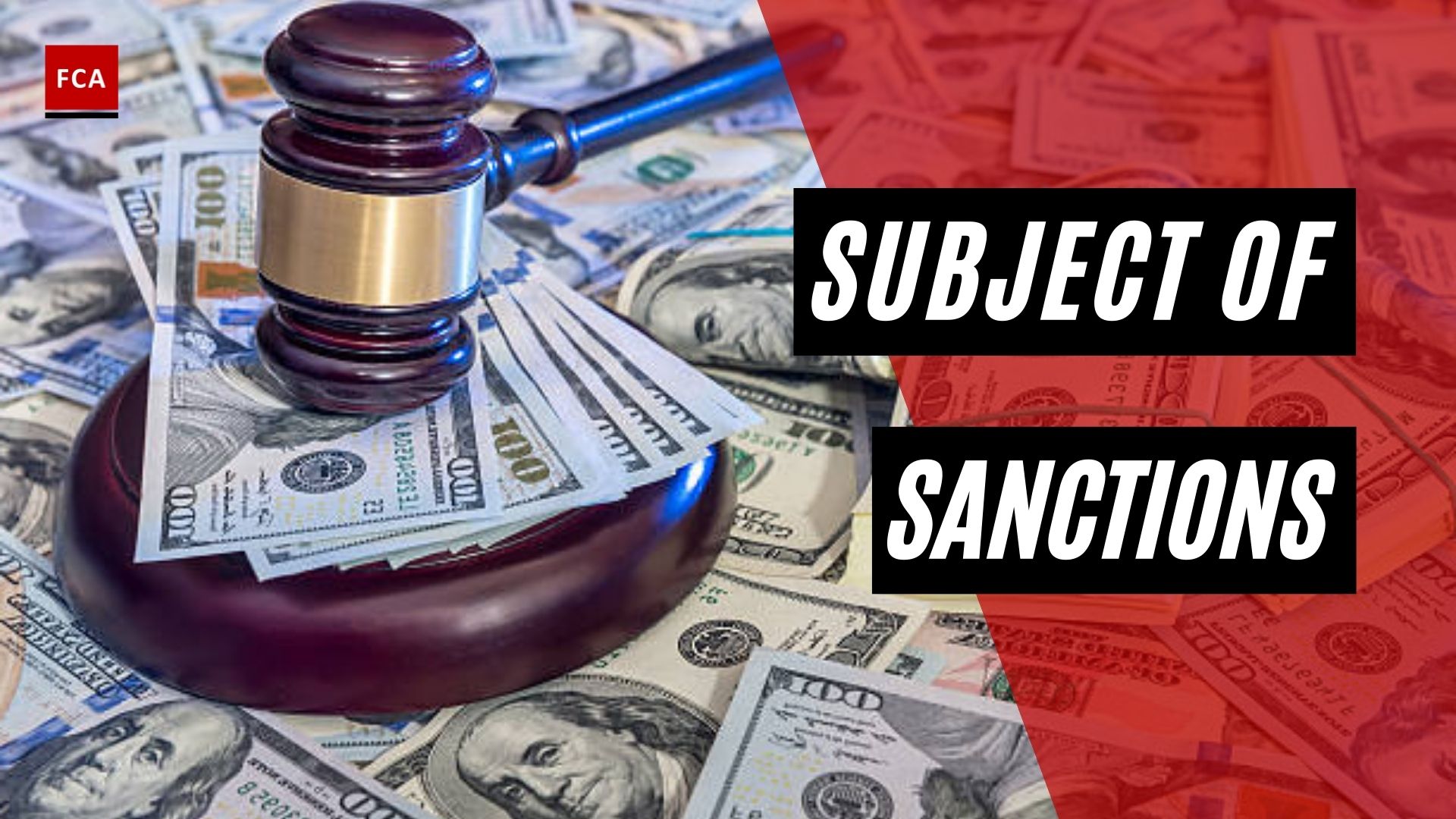 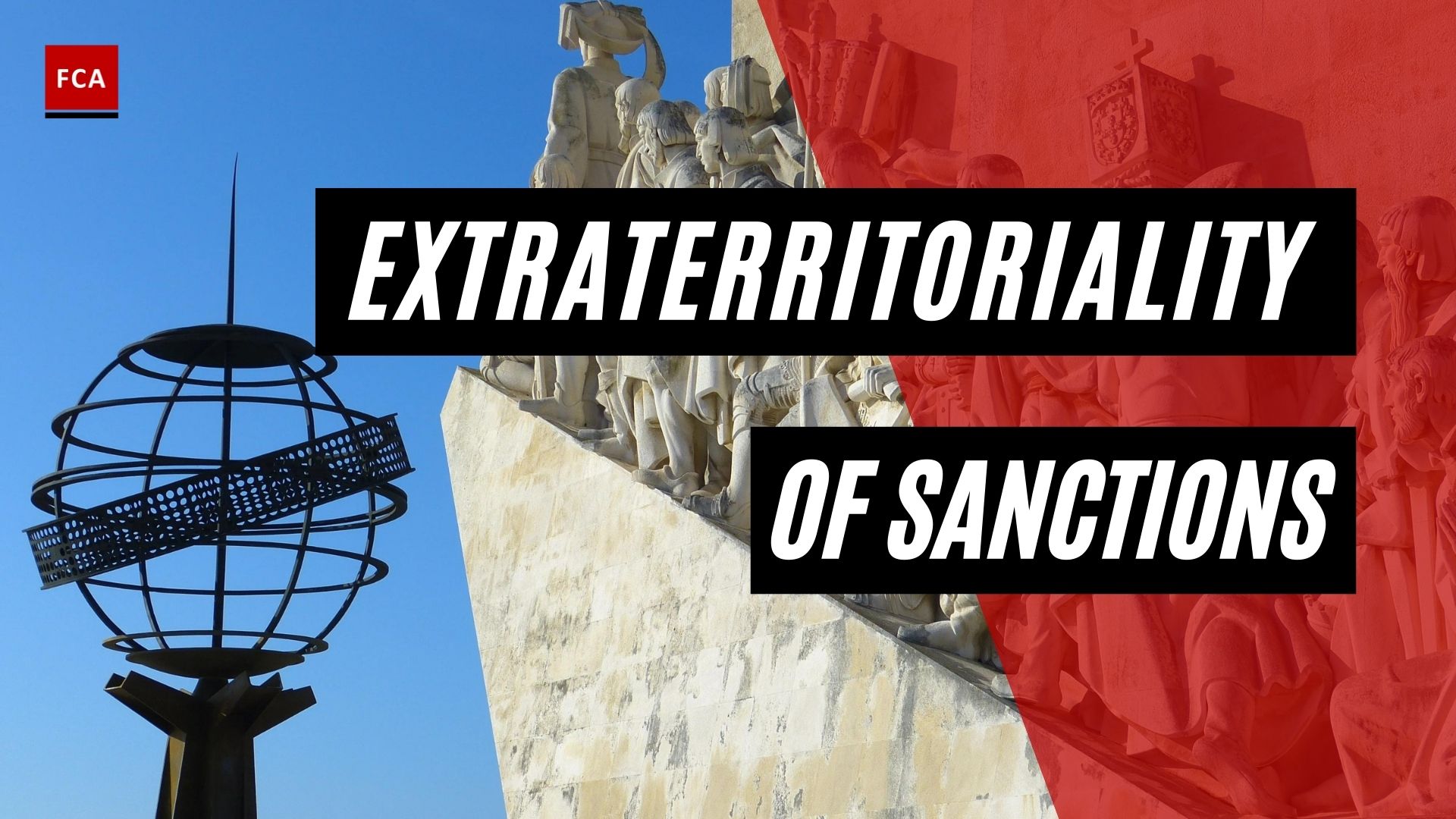 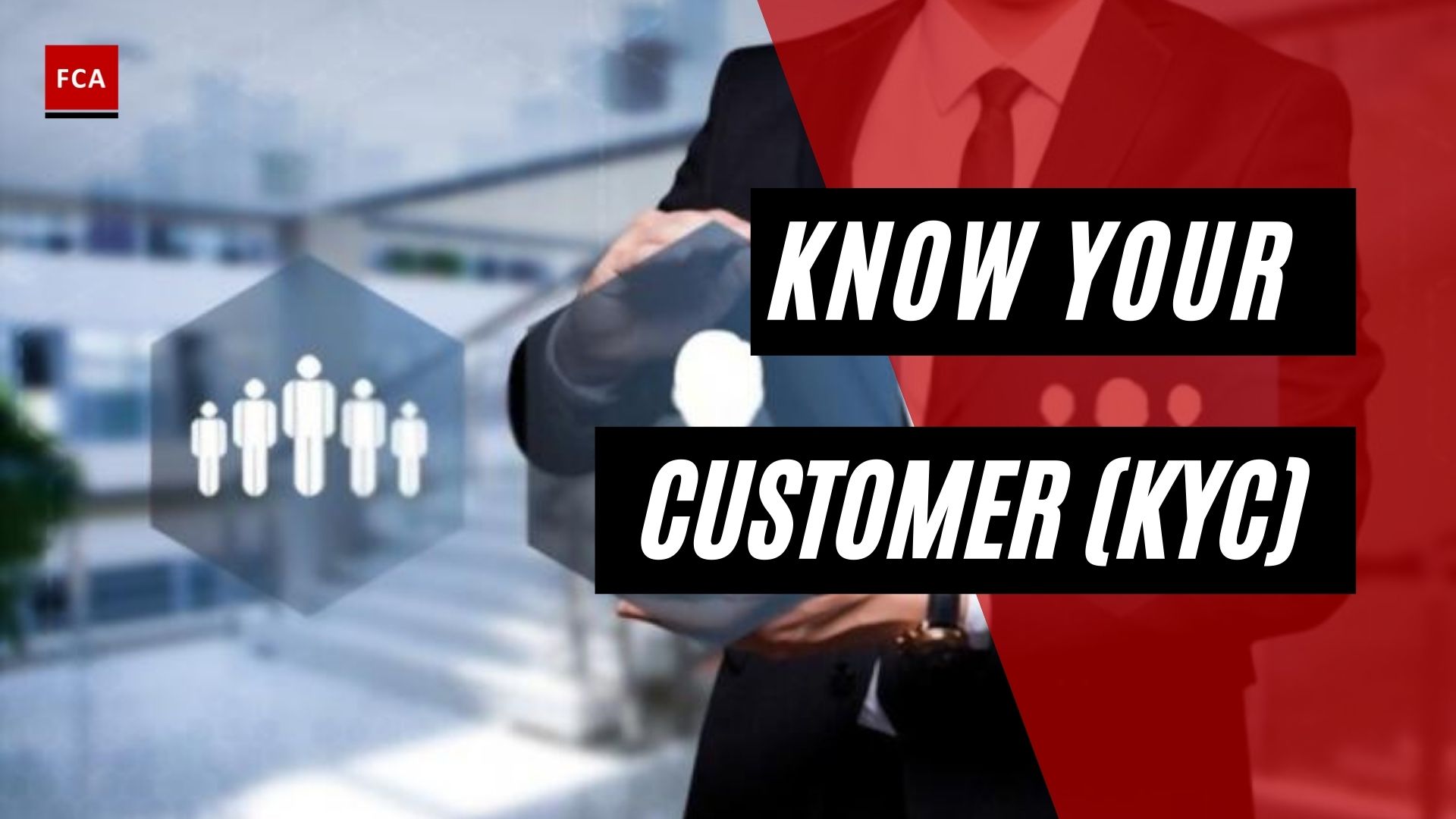