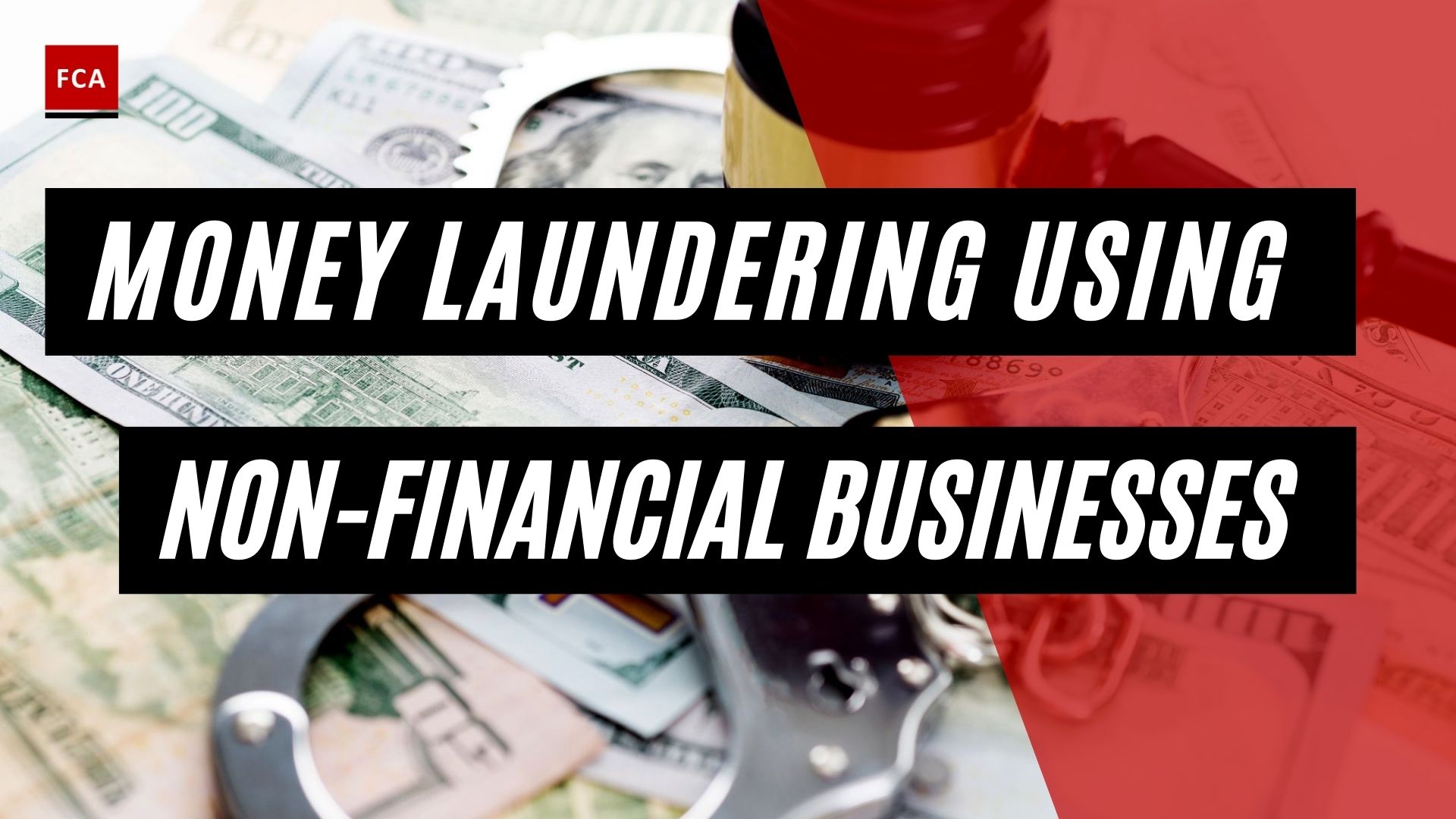 Money Laundering using Non-Financial Businesses is good opportunity for criminals and money launderers as well, but, in comparison, require a different strategy or setup.

Non-financial businesses are less often seen in the bigger money laundering cases, except for some casinos, which can be misused for laundering larger sums.

Do you know who is paying for your goods? For years, banks and other financial institutions have struggled with the issue of knowing their customers. But what about non-financial institutions that receive payments for goods and services from untrustworthy third parties? This question has risen to prominence in the aftermath of recent global money laundering scandals, which have focused attention on complex international webs of money transfers designed to conceal ownership information. Manufacturers, distributors, and other non-financial institutions are increasingly being targeted by would-be money launderers.

As a result, they face reputational risk, the possibility of becoming embroiled in costly investigations, and the challenge of scaling and scoping an anti-money laundering (AML) compliance response that reflects the risk while also being practical for a company that operates cross-border and wants to be paid for legitimate business activities.

Publicly traded companies may face additional risks if regulators or external auditors perceive the issue as affecting internal controls for financial reporting or the company’s disclosures about its compliance and control environment in general.

The following is the four methods of misusing non-financial businesses.

Let’s look at the casino scheme.  The casino scheme works by funneling the money through gaming.  The money is converted to casino chips, which are then briefly played and then transferred back into cash.  The chips may be converted by the launderer or by a proxy.

In many cases, the casino where the money is being laundered is different from the launderer’s nation of origin.  This makes it difficult for law enforcement in either country to gather evidence that might reveal proof of money laundering.

The placement stage occurs when the money is delivered to the proxy, who will take payment in cash and then exchange it into chips.  In some countries, travel agencies provide casino chips as part of their packages.  Paying for these packages in cash can be an effective way to place the cash without electronic records.

When the money is laundered through gambling, the layering stage occurs when the cash (or chips purchased through an intermediary) is carried into the casino and used for gambling.  In most cases, very few chips are used for gambling because of the risk of loss.  Instead, the chips are lightly used for several hours and then converted back into cash.

The receipts from the cashout are used as evidence of the cash’s legitimacy.  There is no record of how many chips were carried into the casino, so the launderer can plausibly claim small amounts were carried in.  The larger sum comes from winnings.

Money laundered through casinos is relatively easy to integrate.  Once the winnings have been reported and any taxes have been paid, the money can be used for any other purposes.

This method has gotten a lot harder in some jurisdictions due to tighter controls and regulations.  However, it still can have and had in the past an unimaginable scale.  In Canada, for example, criminals laundered millions and millions of Dollars through casinos.  When they investigated the video cameras’ footage at some point, they saw the criminals coming in with suitcases stuffed full of money.  And believe it or not, some even came in with these large hockey bags to haul the cash.

Laundering money through cash-intensive businesses was the preferred method of the famous gangster Al Capone.  He evaded investigators for years by funneling the money his crimes generated through his small empire of laundromats.  The term “money laundering” was coined by the agents investigating him.

Placement for a cash-intensive business scheme involves direct cash payments to the owner or manager of the establishment.  The money to be laundered for the day is brought to the premises of the business.  It stays in a safe location until it can be added to profits for the day through one of several methods.

When the money is laundered through cash businesses, such as car washes and strip clubs, the layering stage occurs when dozens of fake transactions are slipped into the books throughout the day.  These transactions may take the form of fake customers or extra services tacked onto legitimate transactions, with the difference added from the placed money.

Cash-intensive business schemes often extract money through daily profits.  This scheme requires the money to be laundered somewhat slowly, but some are ready every day, making it more liquid for the launderer.  Taxes are paid on the reported profits, and the money can now be used for any purpose.

The third method involves vehicle or car dealerships.  A money launderer would approach a car dealership in a typical scenario and offers to provide the cash to purchase vehicles, typically at the asking price.

The money launderer may then resell the car to claim the proceeds are from selling the car.

Last but not least, another lookout in the world of real estate.  Money laundering through real estate integrates criminal funds into the legal economy while providing a safe investment.  It allows criminals to enjoy assets and derived funds, having camouflaged the origin of the money used for payment.  Several techniques are used in this method.  These methods may include cash or opaque financing schemes, overvalued or undervalued prices, or non-transparent companies, trusts, and third parties, acting as legal owners on behalf of the criminals.

To be a bit more precise on one of the techniques used to launder money through real estate is as follows.  So the technique foresees that the criminal purchases a real estate property with a loan.  The criminal needs to make payments on the loan, and he does this in smaller portions and cash.  This can be a rather slow method until the loan is paid back, but it depends on its structuring.  Eventually, the criminal resells the property after a short while.  Under the assumption of a stable real estate market, he has more or less laundered the value of the redemption payments that the criminal has made.

Nonfinancial issues are rarely argued about. For the first time in eight years, nonfinancial corporations’ balance sheets will end the year with more equity relative to debt than they had when the year began. 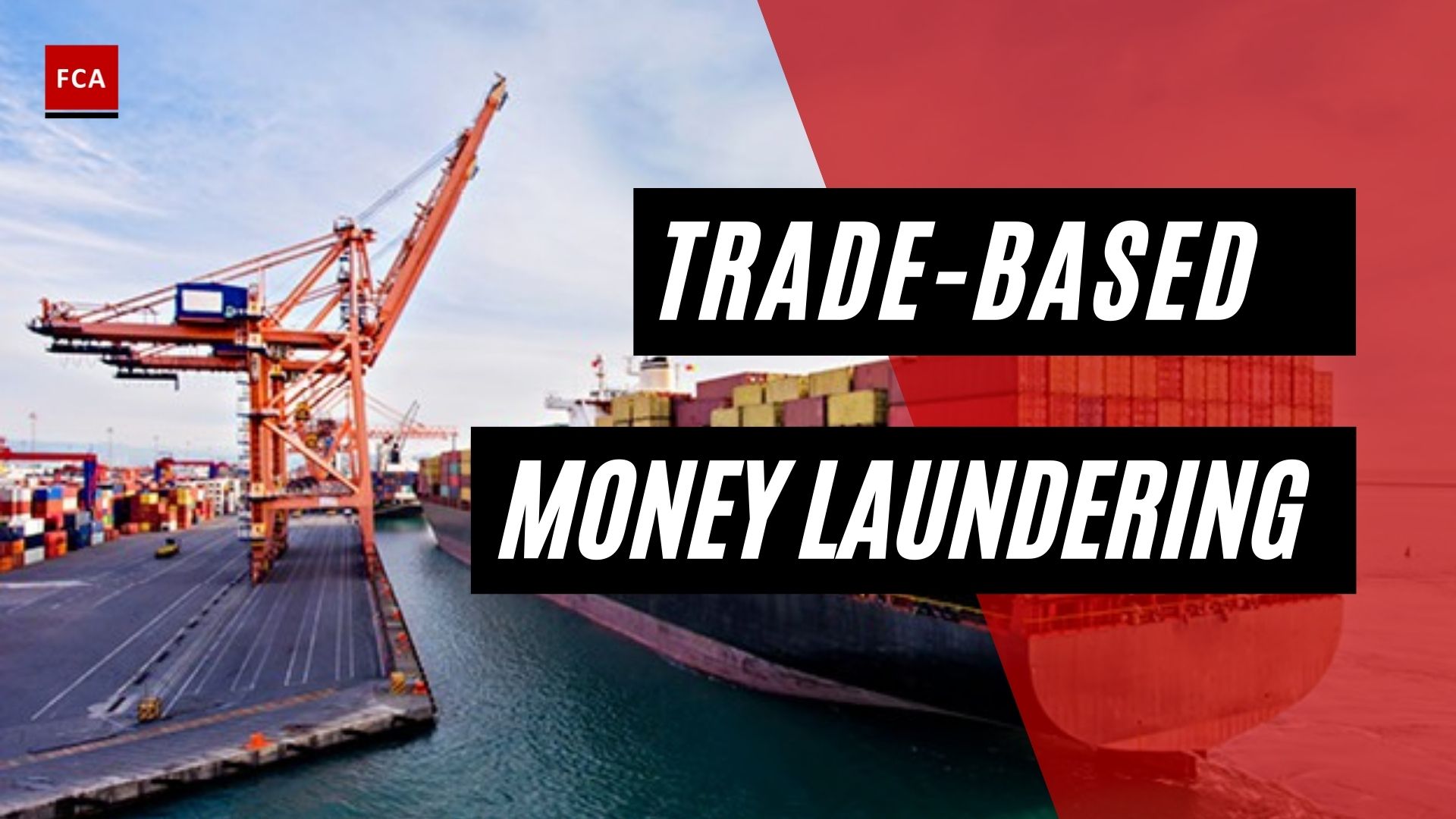 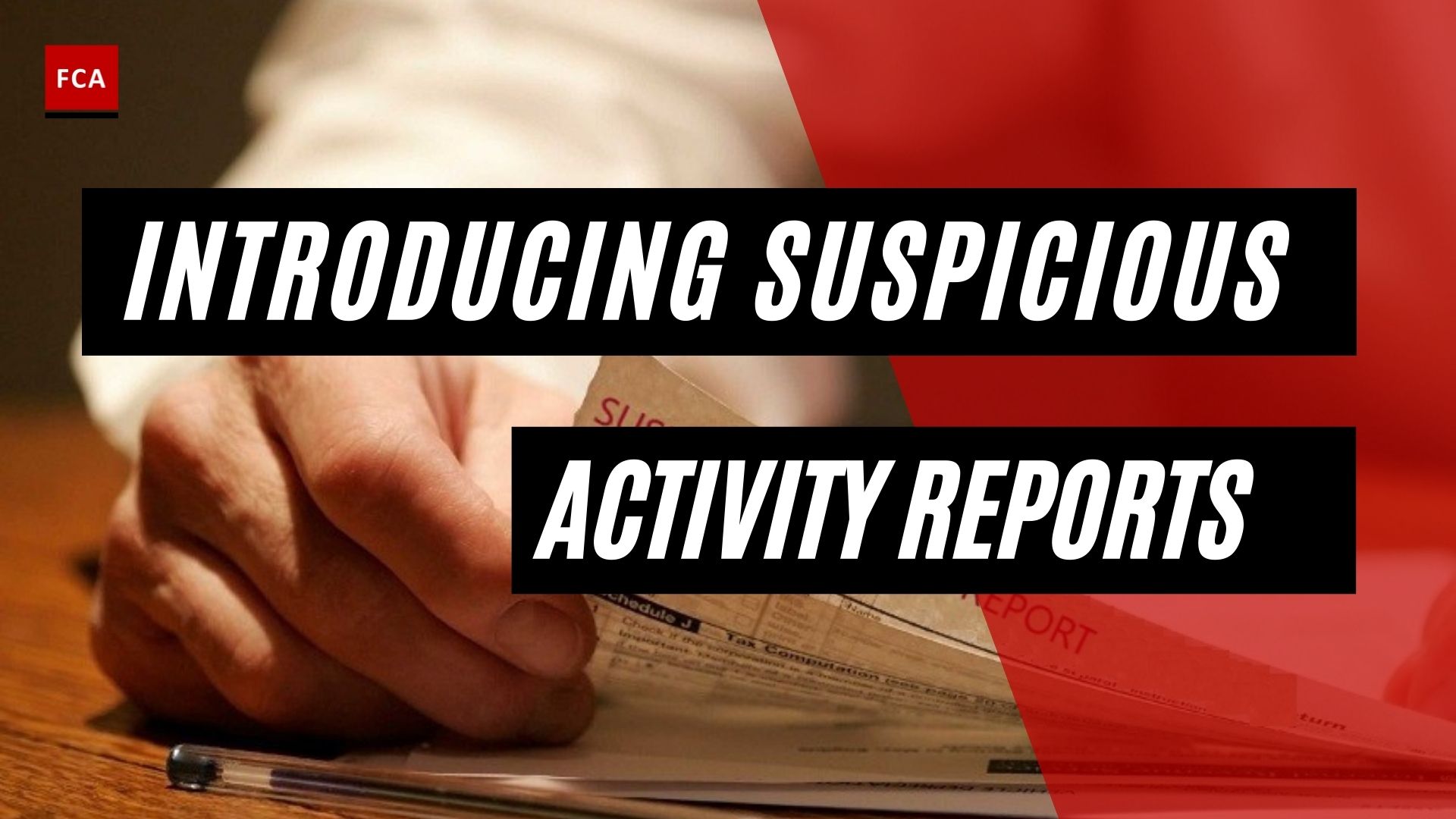 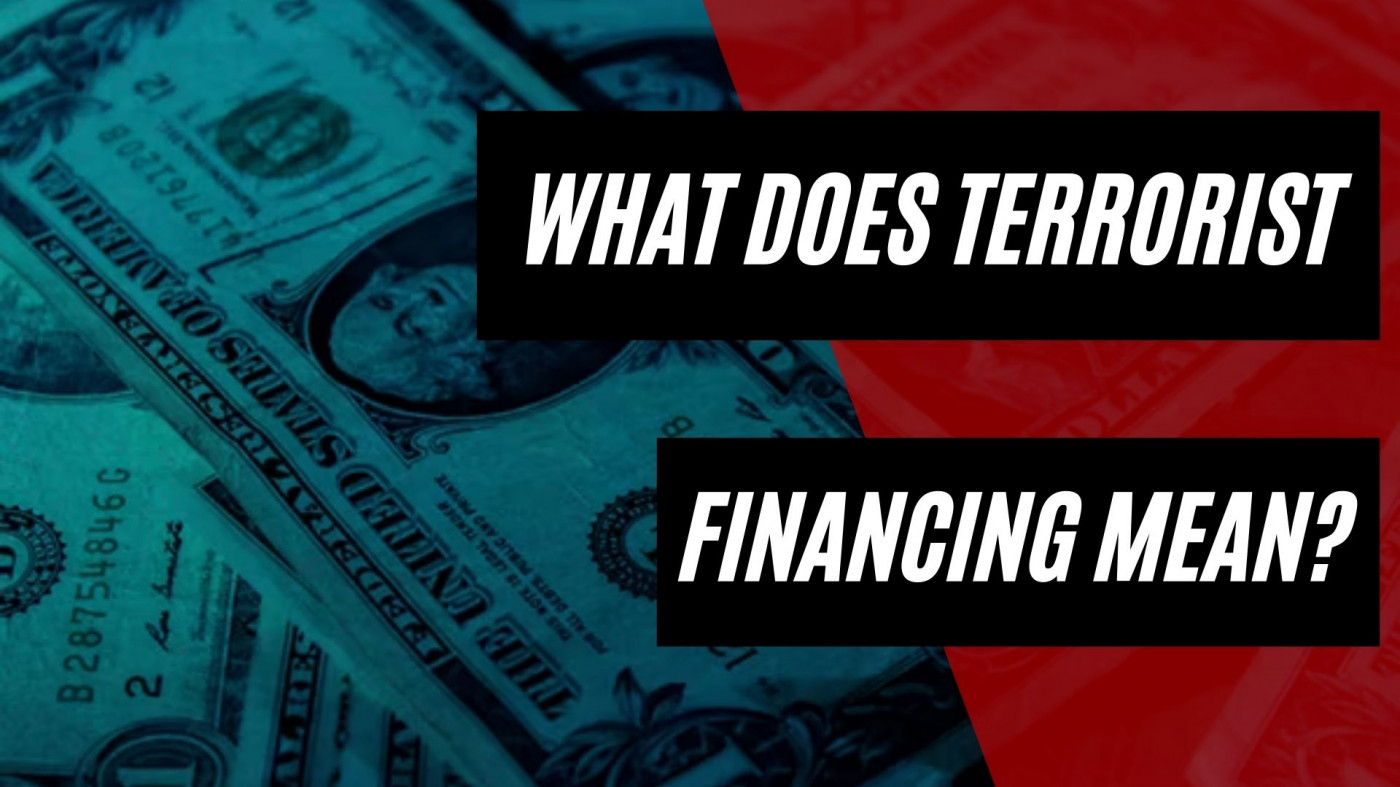 What Does Terrorist Financing Mean? 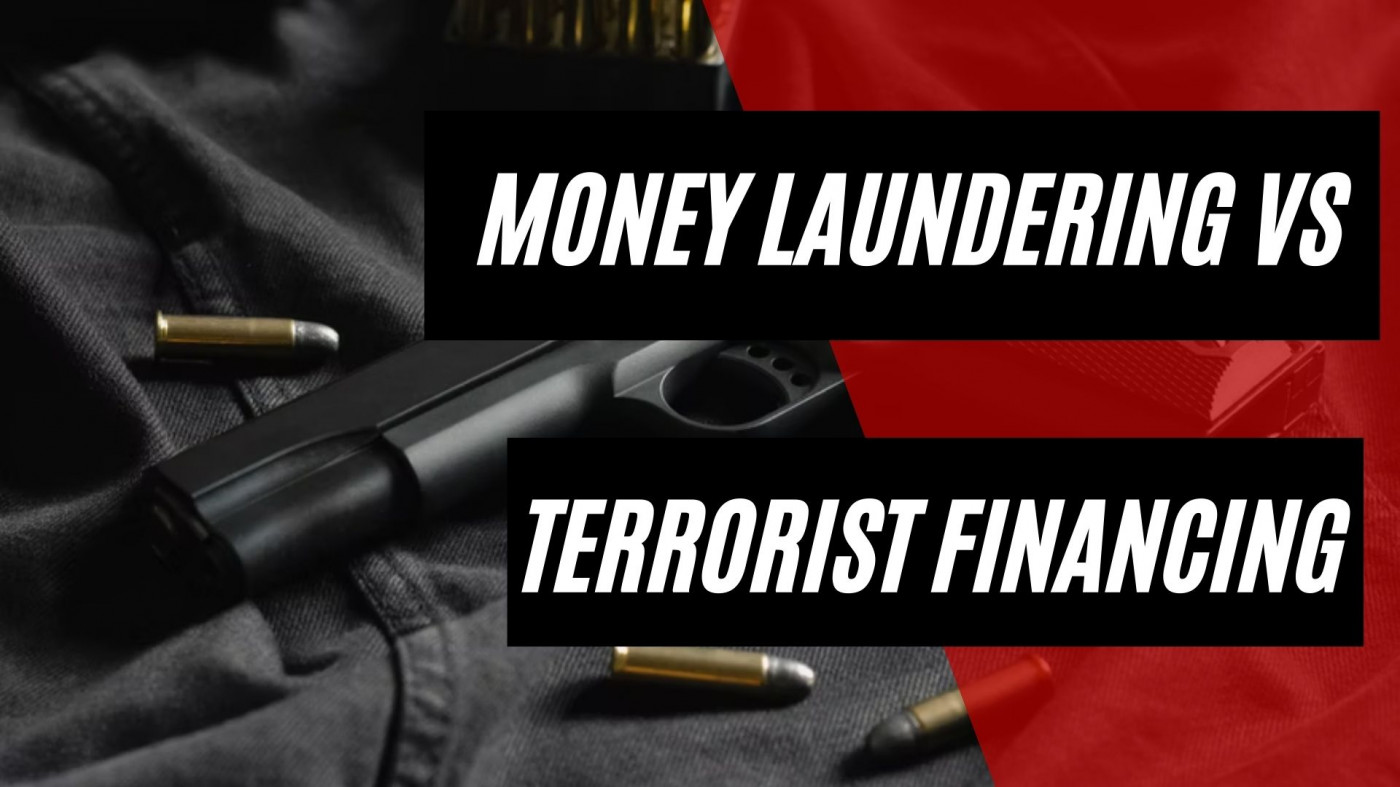