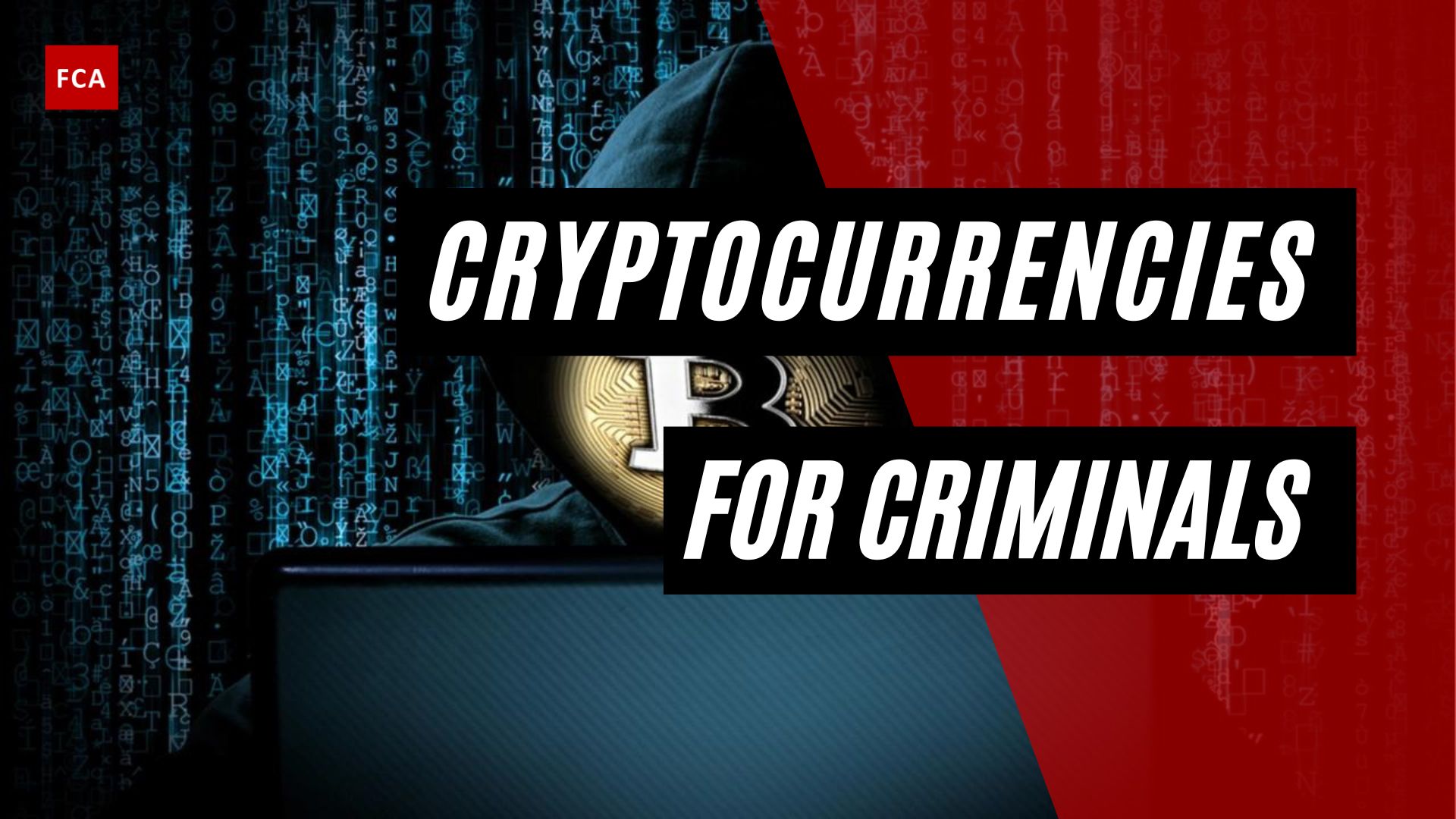 Cryptocurrencies for criminals. Three predominant dimensions make cryptocurrencies interesting for criminals and, therefore, from our financial crime perspective. These dimensions are Anonymity and Scalability, both currently and in the future. Due to the ease of use, criminals must be able to handle them without acquiring too much time-consuming knowledge.

Bitcoin is currently the most well-known cryptocurrency on the planet and is usually described as a virtual, decentralized, and, at first glance, anonymous currency. Bitcoin is not government-backed or backed by any other legal entity. Bitcoin is based on the proof-of-work consensus mechanism. Bitcoin issuance occurs via mining, the process of voluntarily making computers available to the Bitcoin network to solve complex mathematical problems. Computers that can solve such issues and, consequently, create transaction “blocks” are rewarded with Bitcoins.

The aggregate number of Bitcoins that can be created through mining is limited: the Bitcoin system is programmed so that the development of blocks in time will be rewarded with increasingly fewer Bitcoins. At no point in time will there be more than 21 million Bitcoins. The limited number of Bitcoins, together with the fact that conversion rates for Bitcoins are determined by supply and demand, without a government body being able to intervene, results in high volatility in Bitcoins prices.

Bitcoin is often characterized as an anonymous currency. Although everyone can verify the chain of transactions based on the public ledger, at first glance, nothing in the system connects Bitcoins to individuals. However, this anonymous character is far from absolute. Even though it can be complex, it is technically feasible to identify the parties behind a Bitcoin transaction by bringing together factors that accompany such transaction. In other words, Bitcoin is not a fully anonymous currency but a pseudo-anonymous coin.

However, Bitcoin is very interesting for criminal organizations because the market volume is quite large, the infrastructure around it has been built, and it is well recognized and almost even reputable.

Secondly, there is Monero. Monero is an open-source P2P cryptocurrency focused on private and censorship-resistant transactions. It was launched in April 2014 and is based on what is known as the CryptoNote Proof-of-work algorithm.

Monero has been specifically developed to allow its users to execute transactions in complete anonymity. It is said to be cryptographically private by default. In particular, it uses cryptography to shield both sending and receiving addresses and transacted amounts.

Monero is fully fungible, meaning that two units of XMR can always be mutually substituted, and there can be no blocklisting of certain units of XMR by vendors or exchanges due to their association with previous transactions. Non-fungible cryptocurrencies, like Bitcoin and Litecoin, are theoretically susceptible to blacklisting; if they have been used for illegal activity in the past, then such history will be contained in the blockchain forever.

On a fully transparent blockchain, such as the Bitcoin or Ethereum blockchain, transactions are always openly verifiable and traceable by anyone. Though this is not an easy task, sending and receiving addresses for such transactions could also be linked to a person’s real-life identity, which is where Monero advocates being different. Monero is built explicitly as a secure, private, and untraceable cryptocurrency.

Firstly, ring confidential transactions combine the technique of ring signatures and what is referred to in the crypto-community as the concept of the confidential transaction. Ring signatures combine or ‘mix’ a user’s account keys with public keys obtained from Monero’s blockchain to create what could be called a ‘ring’ of signers, meaning outside observers cannot link a signature to a specific user.

Combined with stealth addresses, they allow to entirely obscure the identity of both senders and recipients of Monero. Confidential transactions add another layer of privacy to the ‘mix’ by concealing each transaction’s amount. Without revealing the actual numbers, they include cryptographic proof that the sum of the input amounts is the same as the output amounts.

These mechanisms make Monero incredibly interesting for criminals all over the world. In addition, its market capitalization was at almost 7 billion US-Dollar at the beginning of 2018. It was the best performing cryptocurrency of 2016 in terms of market cap. Unsurprisingly, Monero has been attributed to its popular use in criminal activity in the past over and over again.

Thirdly, there is Dash. Dash was formerly known as Darkcoin and is an open-source P2P privacy-centric cryptocurrency. It was first launched in January 2014 and is based on what is known as the X11 Proof-of-work algorithm. What is specific to Dash, and makes it different from most other coins, is that it has a two-tier network. Dash’s blockchain is secured via so-called “master nodes” in addition to the Proof-of-work done by miners.

In short, a master node is a server connected to the Dash network, which guarantees a certain minimum level of performance and functionality to perform specific tasks related to PrivateSend and InstantSend, which are Dash’s anonymity and instant transaction features.

Transactions with traditional cryptocurrencies can be very time-consuming, meaning they can take anywhere between a few minutes and more than one hour. Traditional transactions take more time because enough blocks have to pass to ensure that a transaction is irreversible and, at the same time, not an attempt to double-spend money that has already been spent.

Dash tackles this issue utilizing its master node network. Master nodes can be called upon to form voting quorums to check whether or not a submitted transaction is valid. If it is valid, “the master nodes ‘lock’ the inputs for the transaction and broadcast this information to the network, effectively promising that the transaction will be included in subsequent mined blocks and not allowing any other spending of these inputs during the confirmation period.” As a result, Dash is said to be able to compete with nearly instantaneous transaction systems, such as credit cards.

Like Bitcoin’s blockchain, Dash’s blockchain is transparent by default, which means that generally speaking, transactions are always openly verifiable and traceable on the blockchain. To give its users true financial privacy, Dash offers the option to use a feature called PrivateSend. PrivateSend obscures the origins of a user’s funds through a process known as “mixing.” A cryptocurrency mixing service is offered to mix potentially identifiable or tainted cryptocurrency funds with others to obscure the trail back to the fund’s source. Many consider Dash a privacy coin due to this very feature.

In the past, Dash has been used by many criminals worldwide. Unsurprisingly, Dash is blocklisted by many of the more reputable cryptocurrency exchanges.

Next, let’s talk about ZCash. Zcash has only been around since October 2016 and was developed by a reputable team of scientists and cryptographers. It didn’t take long for this coin to join the wave of crypto success stories and reach a peak of more than 2.5 billion U.S. dollars in market cap last year.

It hasn’t exactly made its way into the mainstream yet, but it can be exchanged for fiat currencies on a few exchanges, including Kraken, Bitfinex, and CEX.io. It can be easily purchased with other cryptocurrencies on exchanges like Binance.

ZCash provides increased privacy through its underlying protocol, meaning less traceability. If used according to privacy standards, which means with an anonymizing browser, it appears to be the most anonymous option overall. Zcash defines itself as “If Bitcoin is like HTTP for money, Zcash is HTTPS,” underlining its enhanced security and privacy features. Zcash has implemented a cryptographic tool called Zero-Knowledge Proof and grants participants an option to shield transactions. It allows participants to transact without any of them revealing their addresses to the others. Zero-Knowledge Proof also obfuscates the transaction amount.

When speaking about ZCash, let’s throw Komodo right into the mix because Komodo started as a fork of Zcash. Komodo inherits many of Zcash’s privacy features. In particular, Komodo shares the Zero-Knowledge Proof protocol for preserving privacy. Komodo focuses on making transactions more secure. Perhaps the most important advance associated with Komodo is the atomic swap DEX protocol that powers the P2P exchange AtomicDEX. Atomic swaps allow users to exchange different digital assets without centralized control directly. While the intention was to reduce the well-known security issues with cryptocurrency exchanges, atomic swaps also improve privacy.

These features and the market value, especially of ZCash itself, make it very attractive to criminal users.

Last but not least, the Verge. Instead of relying on cryptographic techniques, Verge banks on the existing and tested technology of The Onion Router TOR and the Invisible Internet Project I2P to protect users’ identities. TOR bounces a user’s communications over a distributed network of relays and tunnels run by volunteers spread across the globe, thereby hiding the user’s identity. On the other hand, I2P encrypts user data before sending it through an anonymous, peer-to-peer, and volunteer-run globally distributed network. It allows hiding the locations and IP addresses of the transacting participants.

Verge made headlines when a popular adult website adopted it to start accepting cryptocurrency payments. The primary reason for the development was Verge’s privacy features.

The cryptocurrency frenzy is reaching epic proportions, with cryptocurrency usage surging and Bitcoin valuations reaching all-time highs. However, not all aspects of this phenomenon are positive. As cryptocurrencies gain traction with consumers as legitimate transactions, they are also increasingly being used by criminal actors, with a global total of $10 billion in illicit activities expected in 2020. As the blockchain changes the nature of financial investigations, the rise of cryptocurrency crime is a major issue confronting law enforcement agencies. Financial cryptocurrency investigations have become a new standard, making it critical to understand the motivations of crypto criminals. 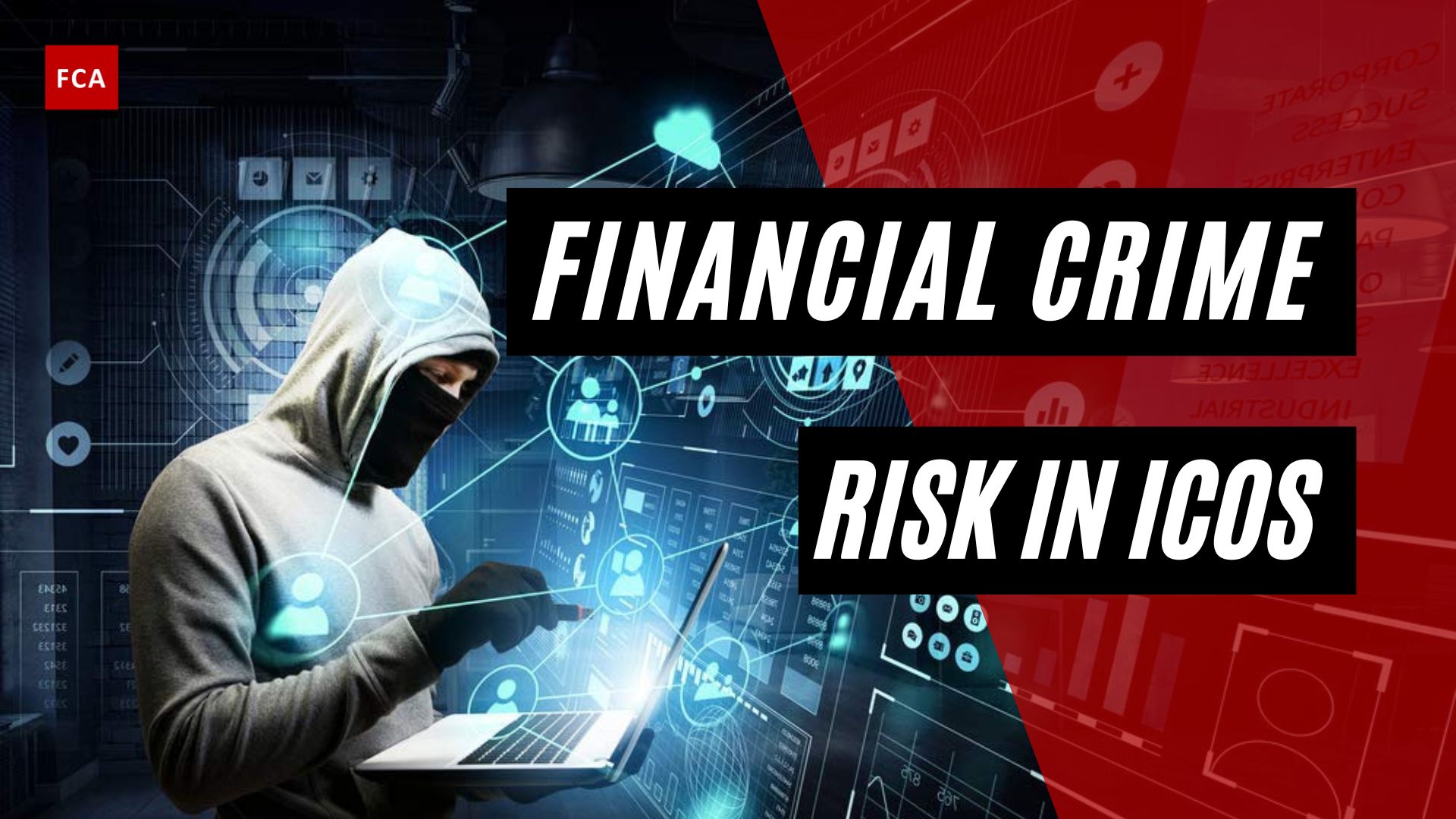 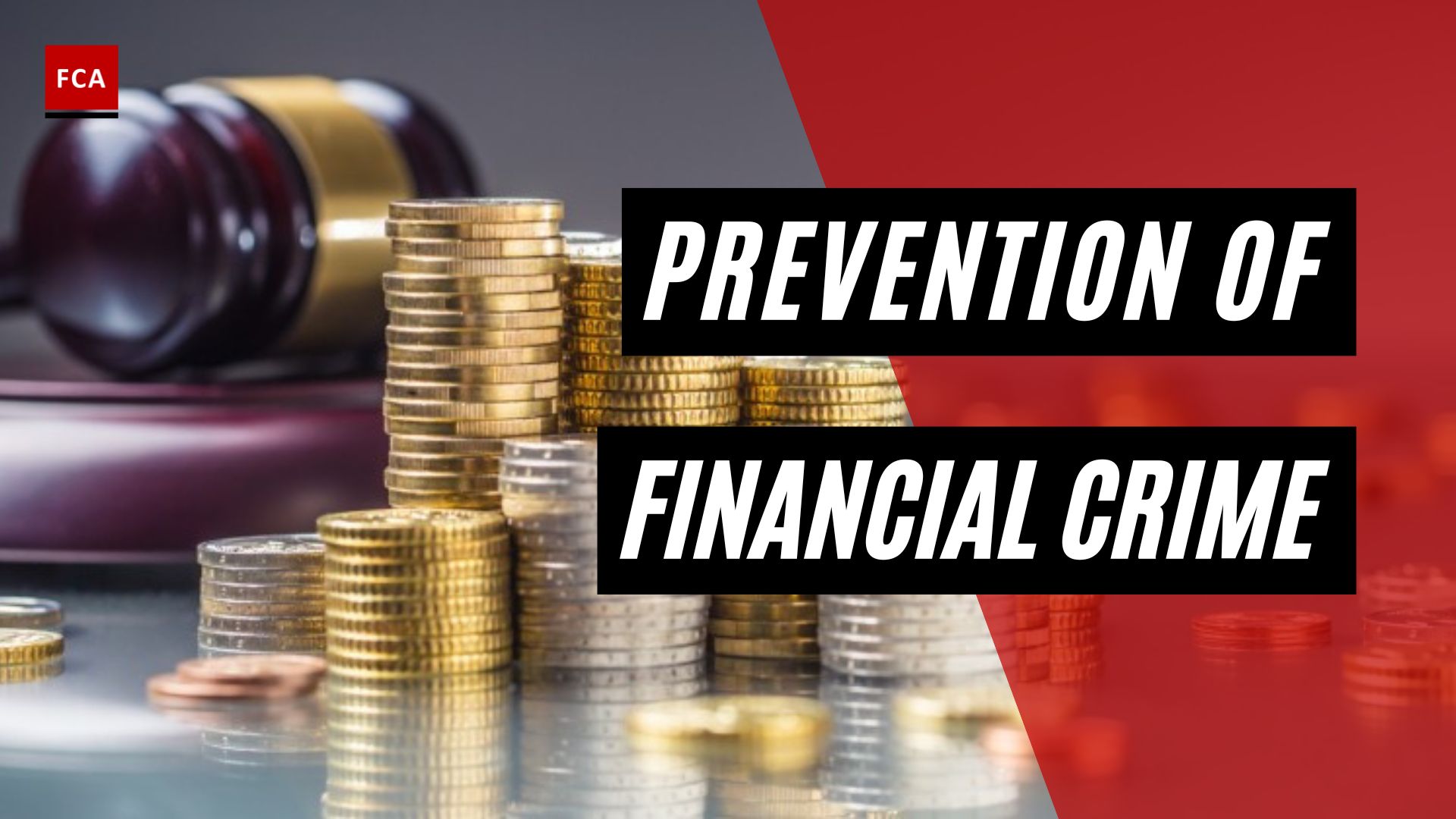 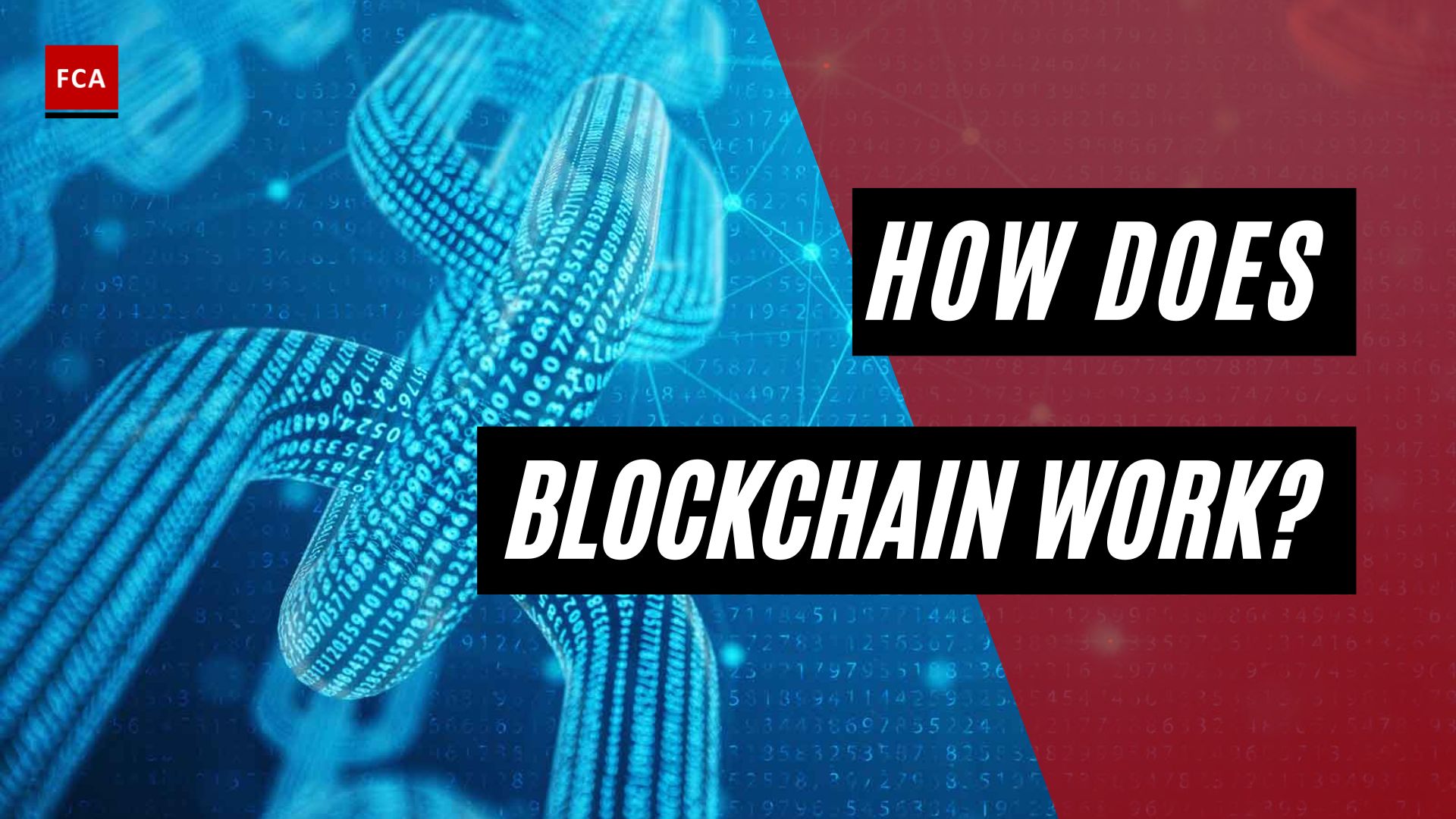 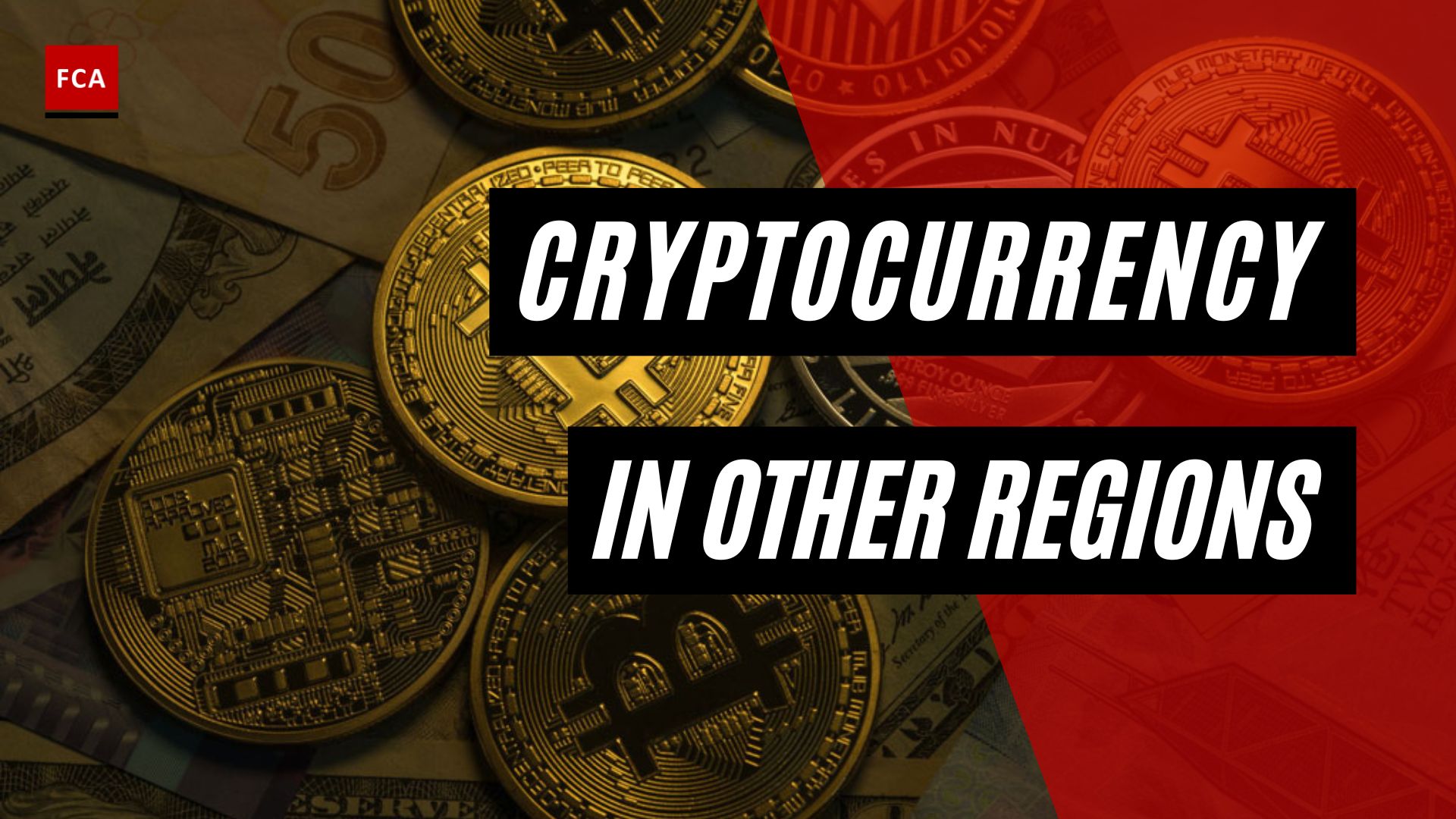