What Is Illegal Wildlife Trade And Poaching? 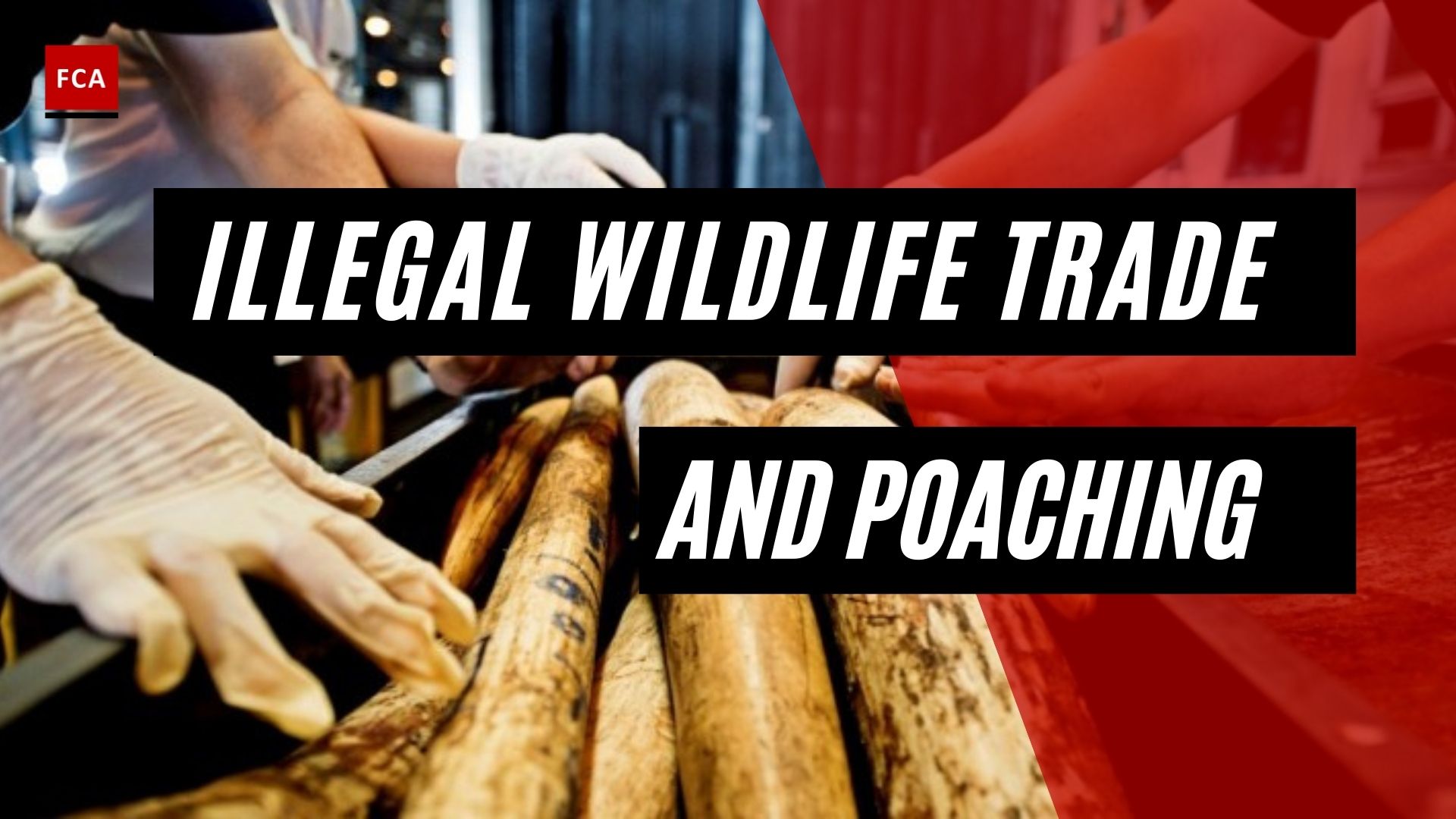 Poaching elephants for ivory and tigers for their skins and bones are two well-known examples of illegal wildlife trade. However, countless other species, ranging from marine turtles to timber trees, are similarly overexploited. Not all wildlife trade is prohibited. Tens of thousands of species of wild plants and animals are caught or harvested from the wild and then sold legally as food, pets, ornamental plants, leather, tourist ornaments, and medicine. When an increasing proportion of wildlife trade is illegal and unsustainable, it directly threatens the survival of many species in the wild.

What Is Illegal Wildlife Trade?

The term illegal wildlife trade describes the unlawful trading of any kind of wildlife that is protected by law, or where trading activities are prohibited by law. But make no mistake, “wildlife” does not only refer to mammals, as commonly assumed. Rather, it includes diverse taxonomic groups, including plants, birds, insects, and fish – In addition to mammals themselves.

Since 2020, the COVID-19 pandemic has drawn the world’s attention to the rising number of wildlife-linked ailments that have emerged as viruses, causing serious consequences for mankind. The more well-known viruses that can be brought in connection with wild animals include MERS, HIV, H5N1 (avian flu), SARS, H1N1 (swine flu), and Ebola. In fact, there is consent between many virologists that the domestication and consumption of wild animals, such as pangolins or bats, is the primary reason for the transmission of viruses from animals to humans.

Following the outbreak of the coronavirus, there have been calls to ban all trade involving wild animals and all wildlife products. However, several experts point out that prohibitions as such will further exaggerate poverty, damage conservation projects, and harm sustainable development projects.

Now let’s move on to discuss a terminology that is oftentimes related to illegal wildlife trade – poaching. Poaching describes the illegal capture of wildlife under local, national, or international law. Poaching may include hunting animals without a license or with prohibited tools, stealing wildlife-related products, trapping fish and plants from private property or protected areas.

Now let’s discuss a few examples of poaching. Stealing loggerhead turtles’ eggs from the nest is prohibited in Florida. Anyone caught will be sentenced to five years in prison or will be fined 100 $or more per egg. In Africa, elephants are killed for ivory, and rhinoceros are slaughtered for their horns. The Bengal tiger is close to extinction due to illegal hunting in India. Plants are also vulnerable to poaching, especially valuable plant species like rosewood.

Poaching oftentimes shows as a so-called predicate offense. In the criminal law of the United States, a predicate crime or offense is a crime which is a component of a larger crime. The larger crime may be racketeering, money laundering, financing of terrorism, etc. In the case of poaching, the larger crime oftentimes is illegal wildlife trade.

Tragically, poaching may also lead to murder or grievous bodily harm. For example, around 170 rangers have been murdered by poachers in Virunga National Park, which is Africa’s most biodiverse protected area and home to over 1,000 species of mammal, bird, reptile, and amphibian as well as to 1/3 of the world’s endangered mountain gorillas. This national park is located on the eastern edge of the Congo Basin, the world’s second-largest tropical rainforest

To meet the demand of the illegal trade market, wild plants are harvested and animals are captured illegally. In the whole trade chain, activities from harvest to supply are not always all illegal, especially when international borders are involved because of harvesting laws in different nations. Trade and harvest of certain species or products may be illegal in some countries, but consuming the same products is legal in major consuming countries.

Illegal wildlife trade is a high-profit industry and rare species are sold with huge profit margins. Many analyses confirm that the more rare and endangered species are, the higher their prices are on the black market.

Wildlife trafficking can deplete species populations and lead to local or even global extinction. When endangered species are involved, any poaching or harvesting to supply the illegal trade risks causing the species to become extinct. The fact that the demand for larger and more ornate specimens means that hunters and collectors frequently target the fittest individuals from the breeding population, which has serious consequences for future generations, exacerbates the problem.

Furthermore, many endangered species are delicate and necessitate expert and delicate handling. However, the methods by which many animals and plants are caught, transported, and kept frequently result in injury, death, or attrition, resulting in additional losses, particularly when living animals or plants are trafficked.

Despite the fact that threats to wildlife and plant species come from a variety of sources, including pollution, deforestation, habitat destruction, and climate change, wildlife trafficking contributes significantly to the problem by poaching, harvesting, or depleting significant quantities of already endangered or at-risk species.

Wildlife, animal parts, and plant trafficking have far-reaching consequences, not only for the species involved, but also for human livelihoods, biodiversity, and governance. Because of the diverse and significant implications of wildlife trafficking, conservation of wildlife, forests, and fish “must be part of a comprehensive approach to achieving poverty eradication, food security, sustainable development, including the conservation and sustainable use of biological diversity, economic growth, social well-being, and sustainable livelihoods. 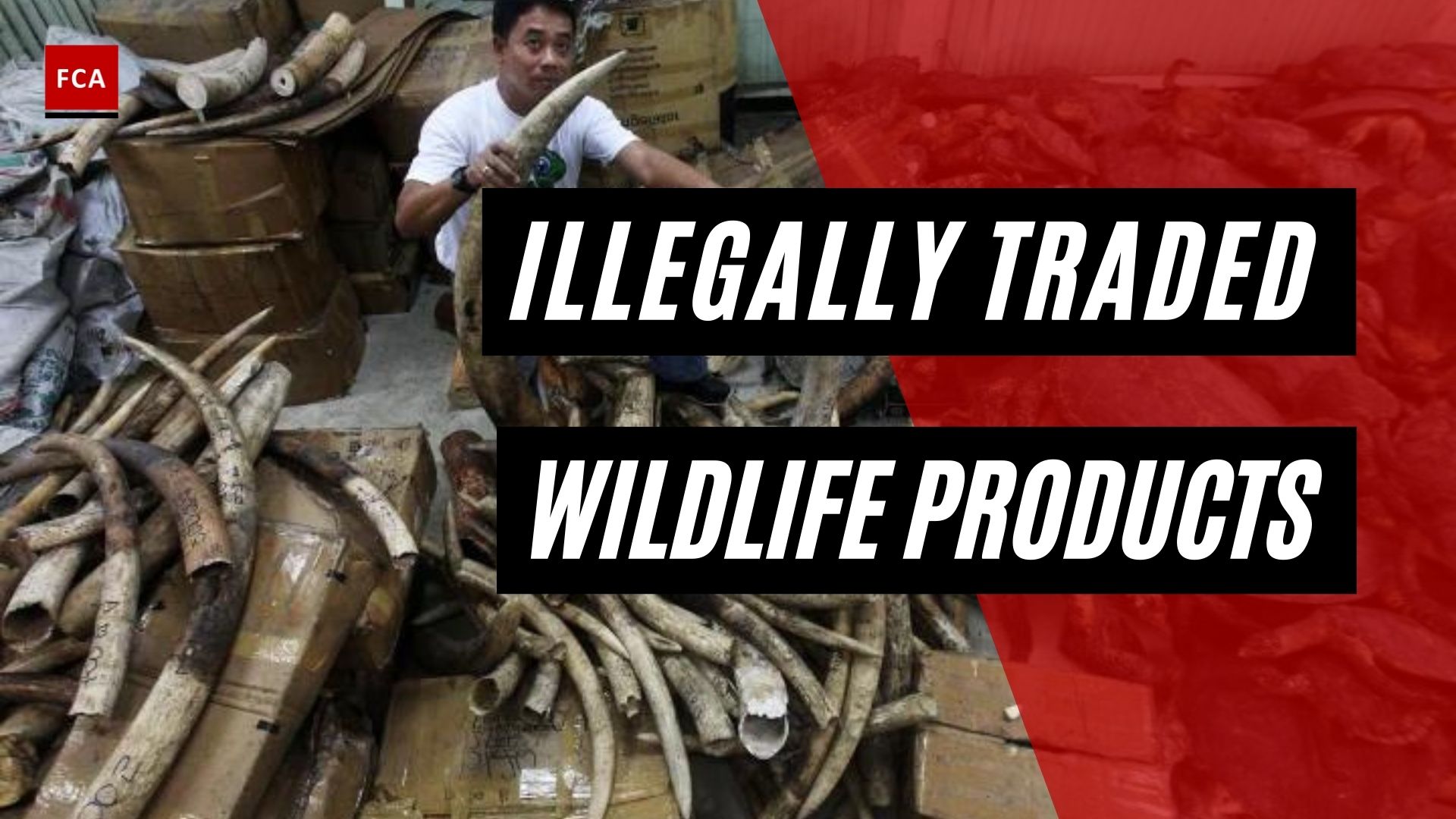 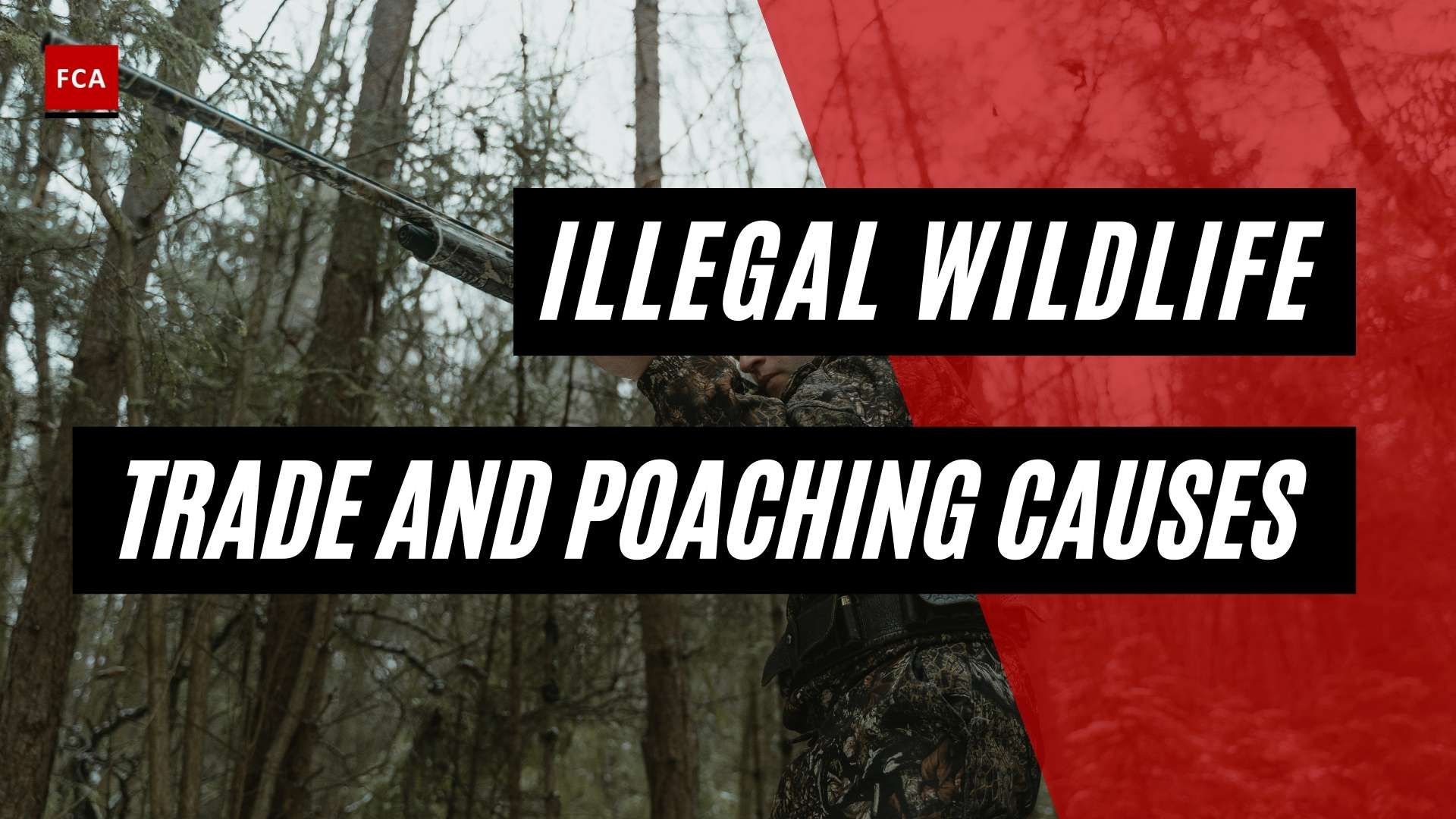 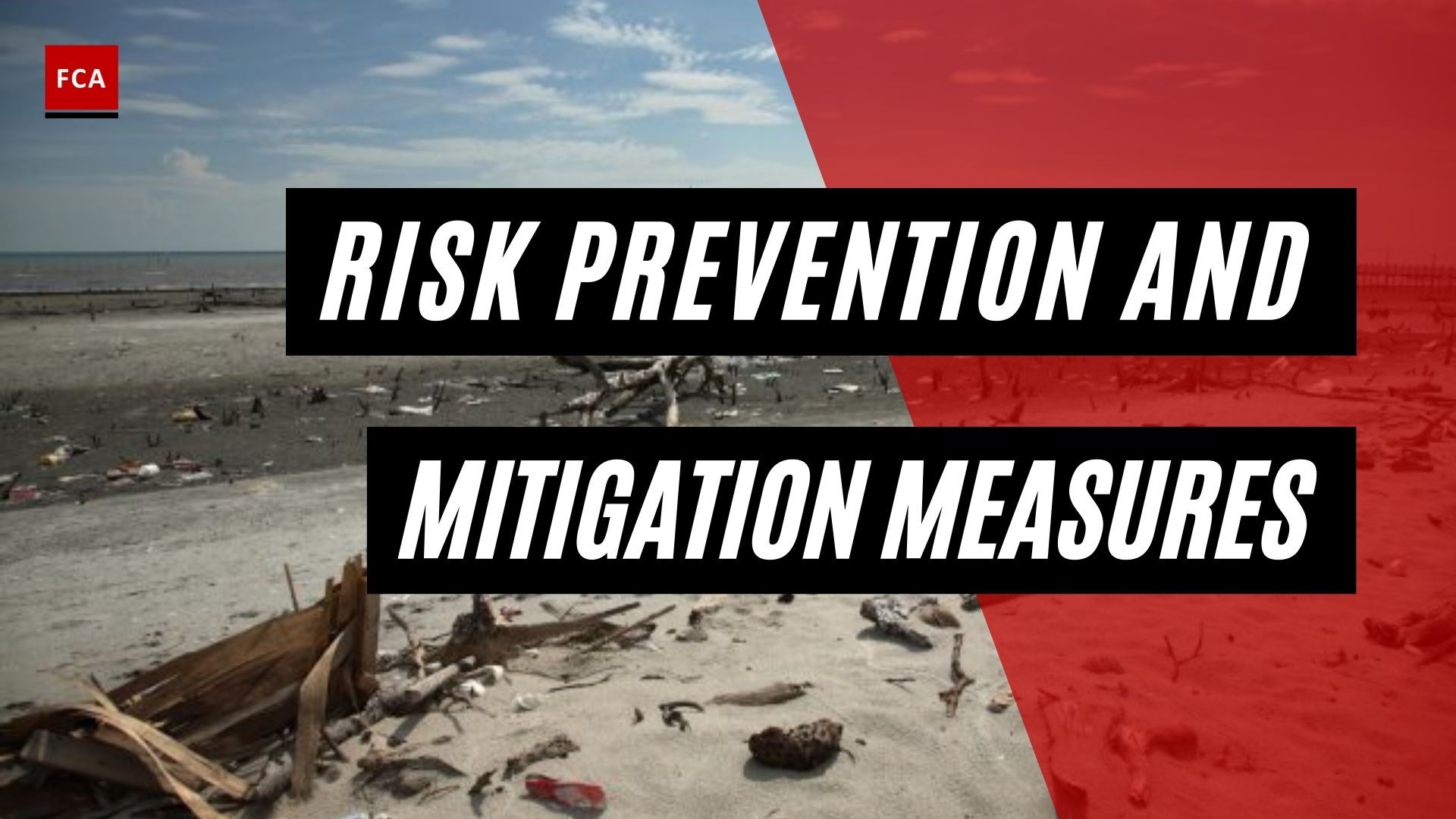 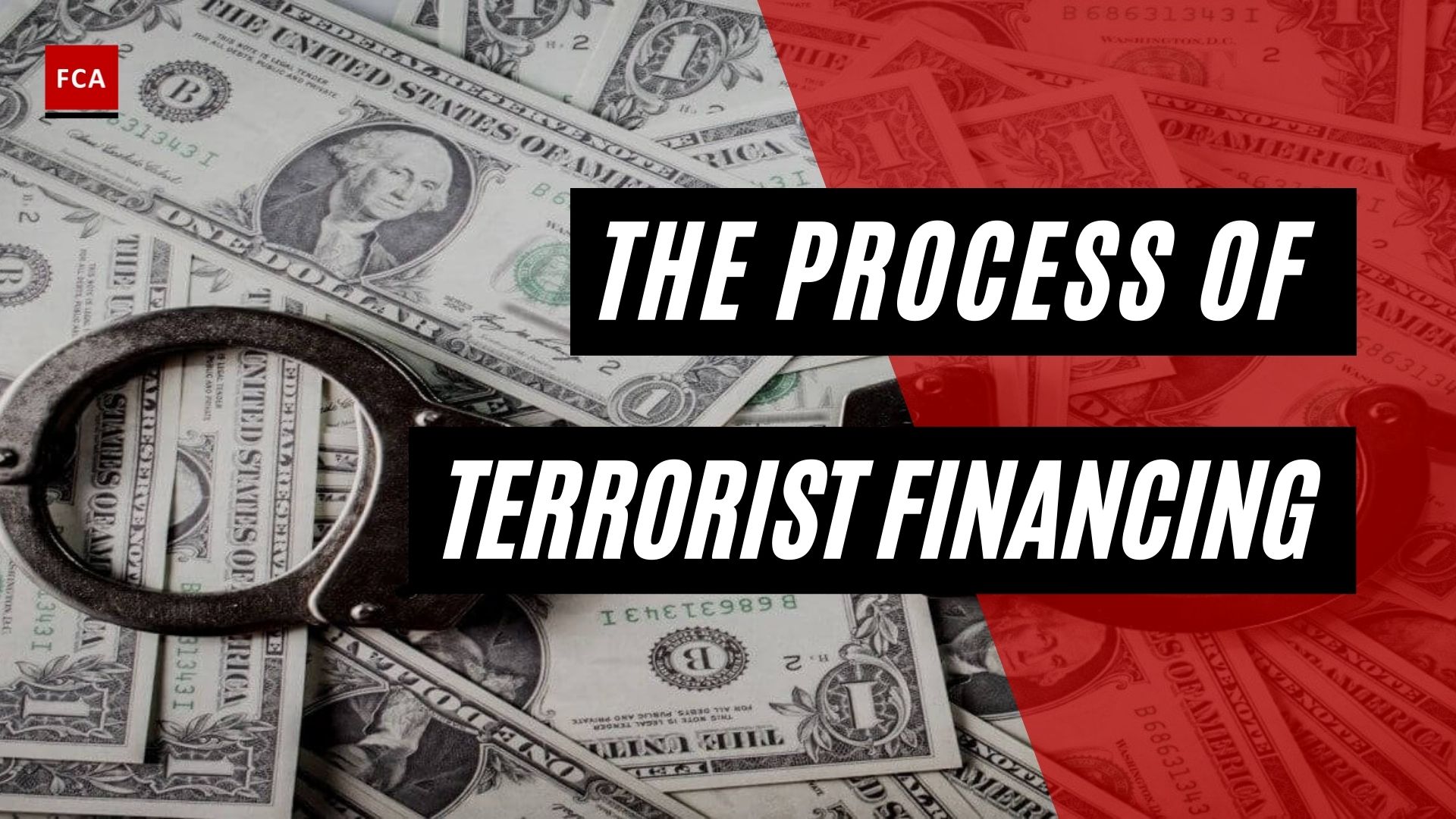