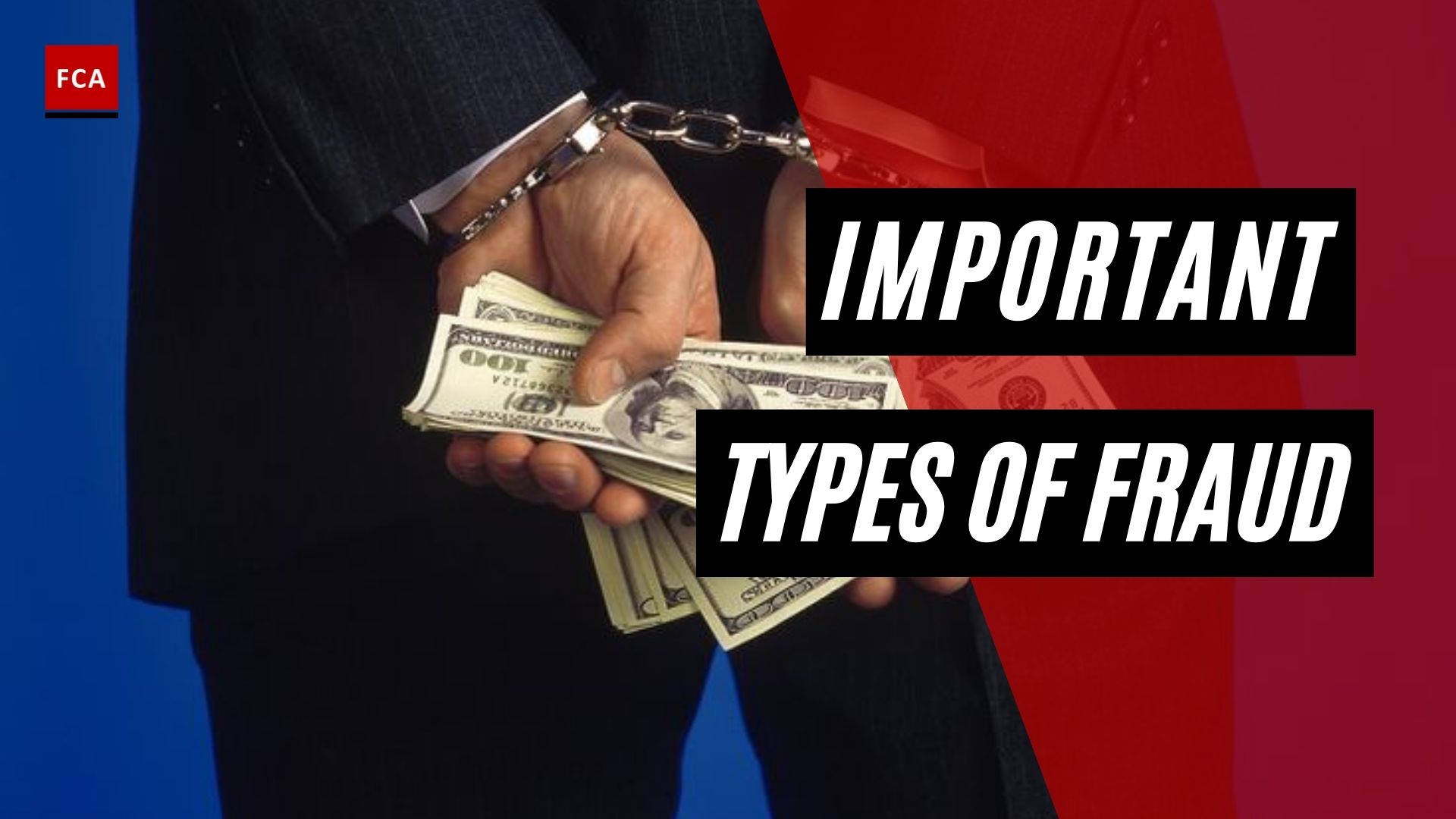 Important types of fraud is the intentional withholding of important information or the provision of false statements to another party for the purpose of obtaining something that would not have been provided without the deception.

The perpetrator of fraud is frequently aware of information that the intended victim is not, allowing the perpetrator to deceive the victim. At its core, a fraudster exploits information asymmetry; specifically, the resource cost of reviewing and verifying that information can be significant enough to create a disincentive to fully invest in fraud prevention.

Identity theft and income/asset falsification are common individual mortgage fraud schemes, while industry professionals may use appraisal fraud and air loans to defraud the system. The most common types of investor mortgage fraud schemes are property flipping, occupancy fraud, and the straw buyer scam.

Fraud occurs in the insurance industry as well. Given the size of the claim, a thorough review of an insurance claim may take so many hours that an insurer may decide that a more cursory review is warranted. Knowing this, a person may file a minor claim for a loss that did not occur. Because the claim is minor, the insurer may decide to pay it without conducting a thorough investigation. Insurance fraud was committed in this case.

Misappropriation of assets can be witnessed in various forms and can lead to serious violations of company policy and financial loss if left unmonitored. Some of the more popular methods used by employees on the company or corporate asset side of misappropriation are skimming, larceny, check tampering, billing fraud, payroll fraud, expense reimbursement fraud, misuse of assets, and theft of assets.

Below we look at some of the common ways in which asset misappropriation is carried out in detail.

Theft is the act of taking the organization’s assets, for example, by stealing inventory, cash receipts, or trade secrets.

This is the perpetrator’s attempt to hide the theft, for example, by destroying or altering documents or accounting records.

Conversion
This involves converting the stolen assets to cash and spending the money.

These schemes usually involve theft or misuse of corporate assets. These include:

Skimming involves the removal of cash from the organization before it enters the accounting system and then re-routing it to personal bank accounts effectively keeping the cash off-book.

An employee prepares a fraudulent check and converts it into a form for his benefit. Perpetrator takes physical control of a check and inserts false information on the document, registering disbursements, including fraudulent refunds and voids.

Expense reimbursement schemes generally include travel and expense budgets and are most commonly committed by sales personnel. This type of fraud can be categorized in one of four areas:

Payroll schemes are classified into:

Ghost employees are those employees who are not employed with the company but are entered into the system. The ghost employee could be fictitious or an actual individual.

Also known as timesheet fraud, falsified hours and rates refer to the process of falsifying timesheets in collusion with other employees to override the hourly rate of pay.

Commission schemes involve paying commissions when sales are made versus when payment is received. This allows employees to inflate commission due to bad debts.

Larceny is the theft of money or other assets that have already appeared on the company’s books. It involves trespassory taking; that is, the goods are taken from the possession of another without consent.

This is one of the most common forms of asset misappropriation. The major categories are shell company schemes, overbilling existing vendors, and personal purchases with company funds.

An employee uses their position in the company to initiate a payment for an inappropriate purpose. This occurs within the purchasing function of an organization. The company essentially buys goods or services that don’t exist, are overpriced, or are not needed. This generally requires false documents to support purchases.

Another method is the creation of false billings. The perpetrator makes personal purchases and charges them to the company either via an accounts payable voucher or via the use of the company’s credit card.

Accounts receivable is an area vulnerable to the following forms of asset misappropriation:

Receivables are created to cover fictitious sales. The receivable is never collected and eventually written off.

This is generally exemplified by stealing inventory and scrap.

Personal Use of Assets

This may develop into fraud if not addressed.

Bid rigging occurs when two or more vendors or, in some cases, employees, conspire to influence the purchase of goods and/or services by the company.

When vendors compare bids and take turns being the low bidder.

When vendors collude so that bidders either do not submit a bid or they withdraw a previously submitted bid.

These are provided by bidders who have no intention of winning the job but are designed to give the appearance of genuine bidding.

These may or may not involve plotting with someone within the victim company. Corrupt vendors may submit inflated invoices, a bill for more merchandise than delivered, or change the date on a legitimate invoice and re-bill it, effectively collecting multiple times for the same goods/services.

Vendors that only exist on paper and invoice businesses for services not rendered or goods not delivered.

Collusion between Vendors and Employees

Typically, a vendor submits a phony invoice to the target company. A corrupt employee makes sure that the invoice gets paid and, in return, the vendor “kicks back” a portion of the proceeds.

This is often undertaken for personal incentives, pressures from the market, lack of ethics, deliberate compliance with financial analysts’ projections, or in an attempt to affect the stock’s price. One of the most effective ways of controlling fraudulent reporting is through external audits, regulations, and having independent audit committees within the board of directors.

This is the act of fraudulently misstating the financial statements, for example, by recording fictitious transactions or omitting critical information.

This is the act of covering up the misstatement, for example, by preparing phony invoices or destroying legitimate ones.

Corruption is any dishonest behavior by those in positions of power, such as managers or government officials. It includes giving or accepting bribes or inappropriate gifts, double-dealing, under-the-table transactions, manipulating elections, diverting funds, laundering money, and defrauding investors.

There are many situations in which a person can be considered corrupt. In the financial services industry, chartered financial analysts and other financial professionals must stick to a code of ethics and avoid situations that could create a conflict of interest. Engaging in corrupt behavior may have long-lasting negative effects on an organization.

When corruption occurs within an organization, media coverage typically follows, resulting in customers losing trust in the company’s business practices and products. A comprehensive public relations campaign is often required to limit reputational damage and restore trust. This requires valuable resources, such as time and money, which may result in other critical areas of the organization being deprived. As a result, inefficiencies that lead to financial losses can happen.

The corruption that is not checked can increase criminal activity and organized crime in the community. However, several steps can help manage corruption. A strong focus on education and reinforcement of best business practices helps manage corruption. This can be achieved by introducing mandatory education courses. Senior executives and managers must set a strong culture of honesty and integrity as an example.

Corruption can be reduced with accountability mechanisms in place; this, in turn, will reinforce a culture that gives rise to strong ethical behavior while holding those who violate the norms accountable. Corruption can further be reduced by making it easy to report, whether by managers, employees, suppliers, or customers. A controlled environment and thorough background checks before hiring or promoting employees also help in reducing corruption. 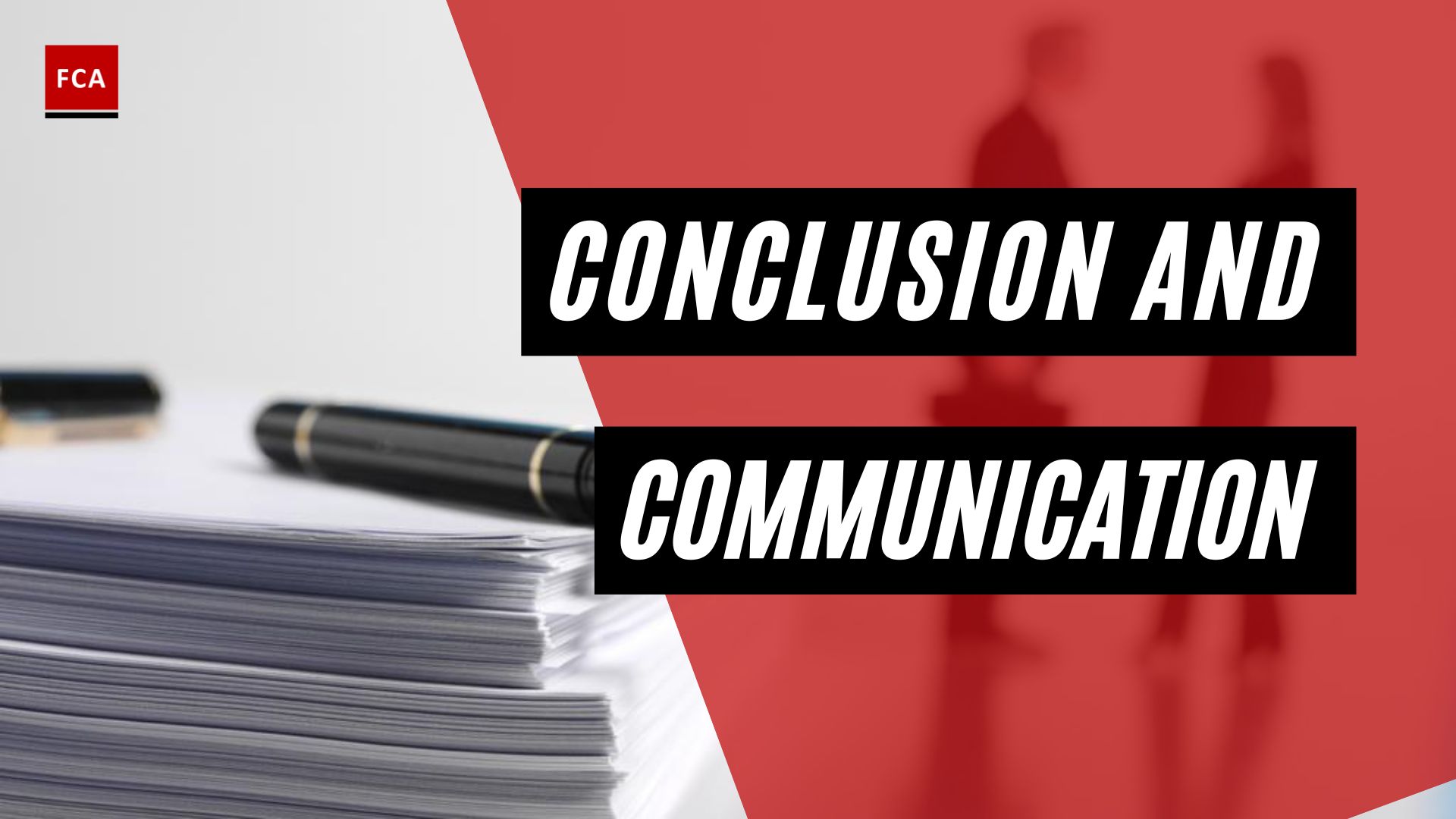 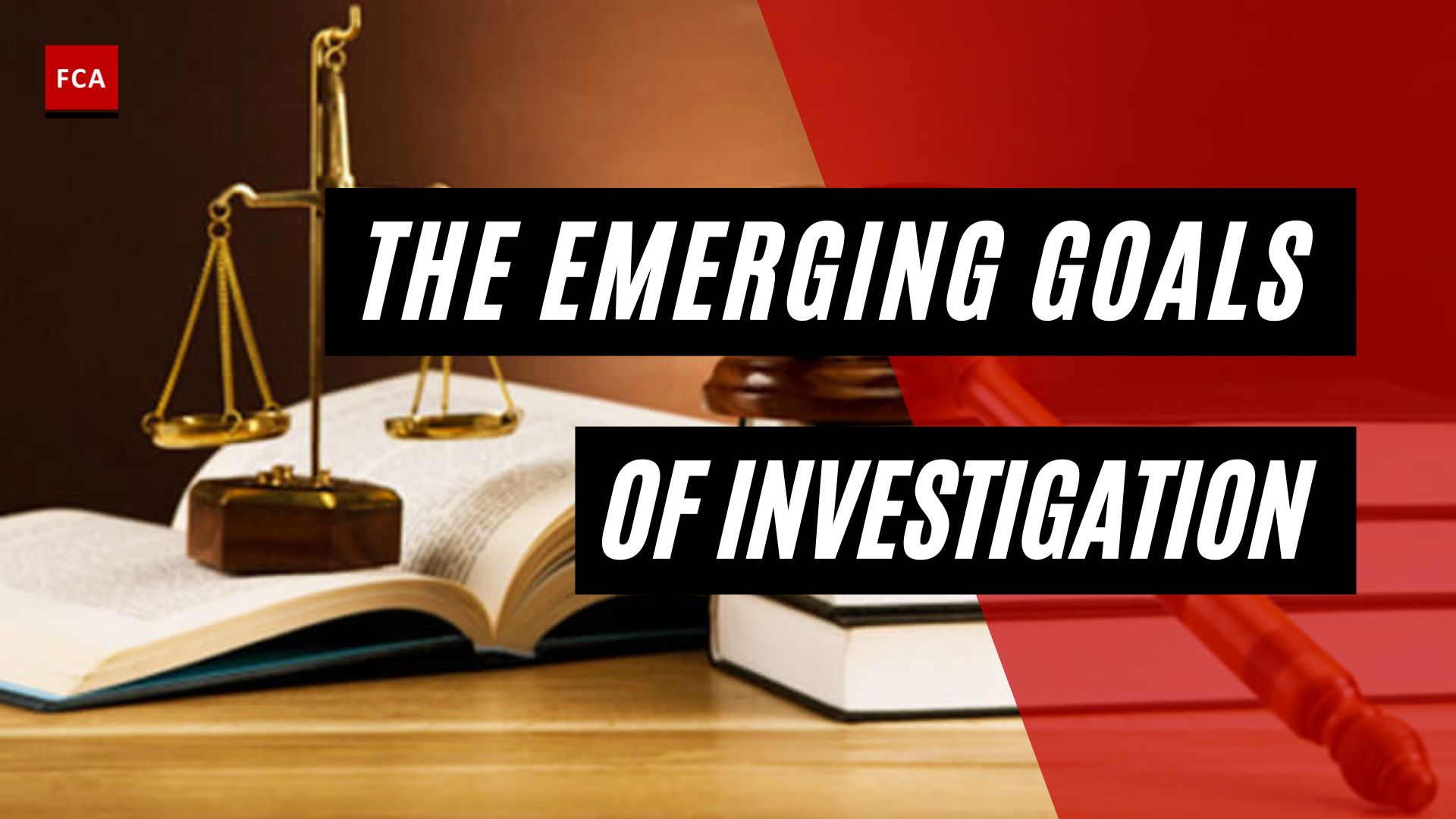 The Emerging Goals Of Investigation 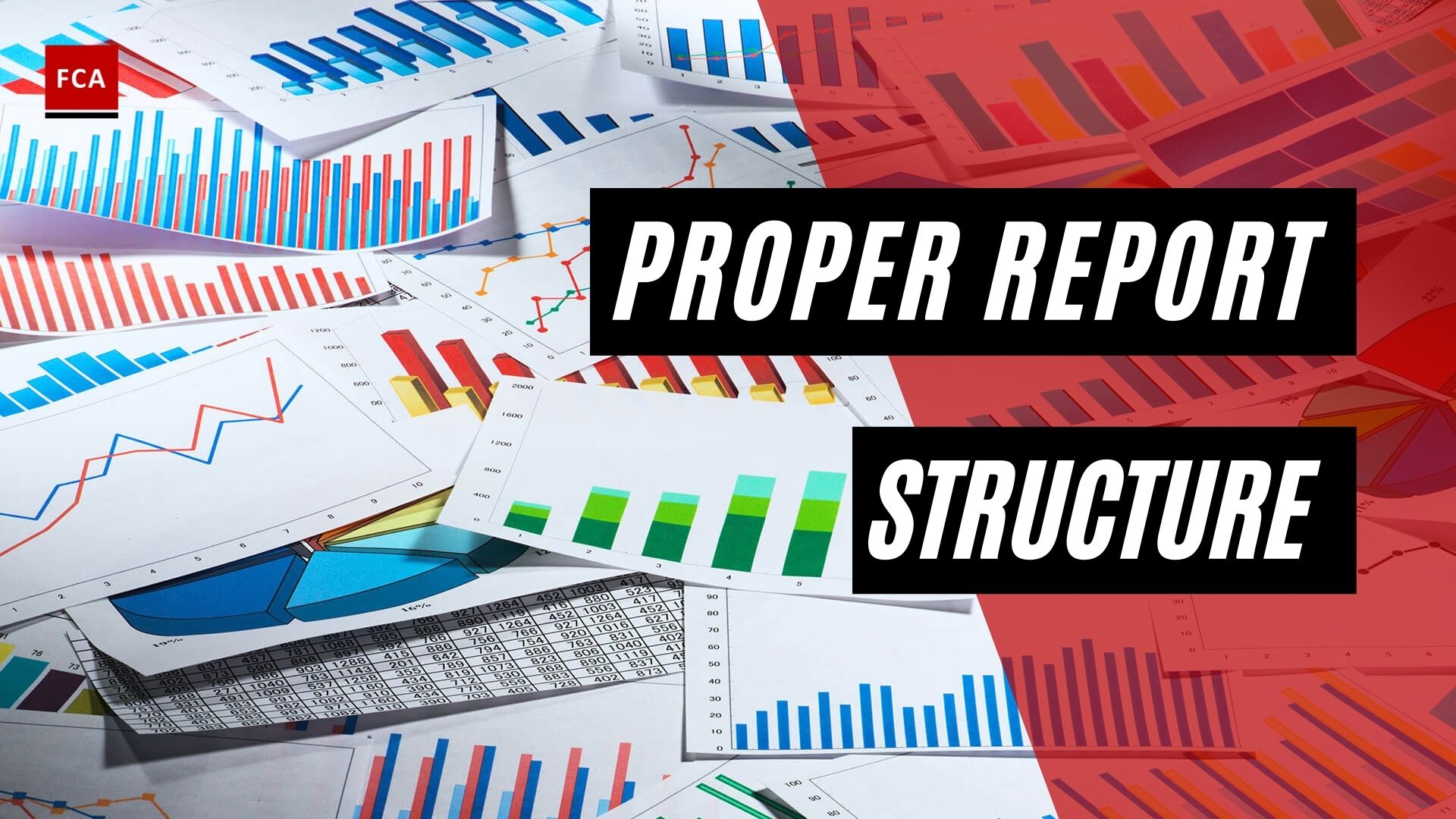 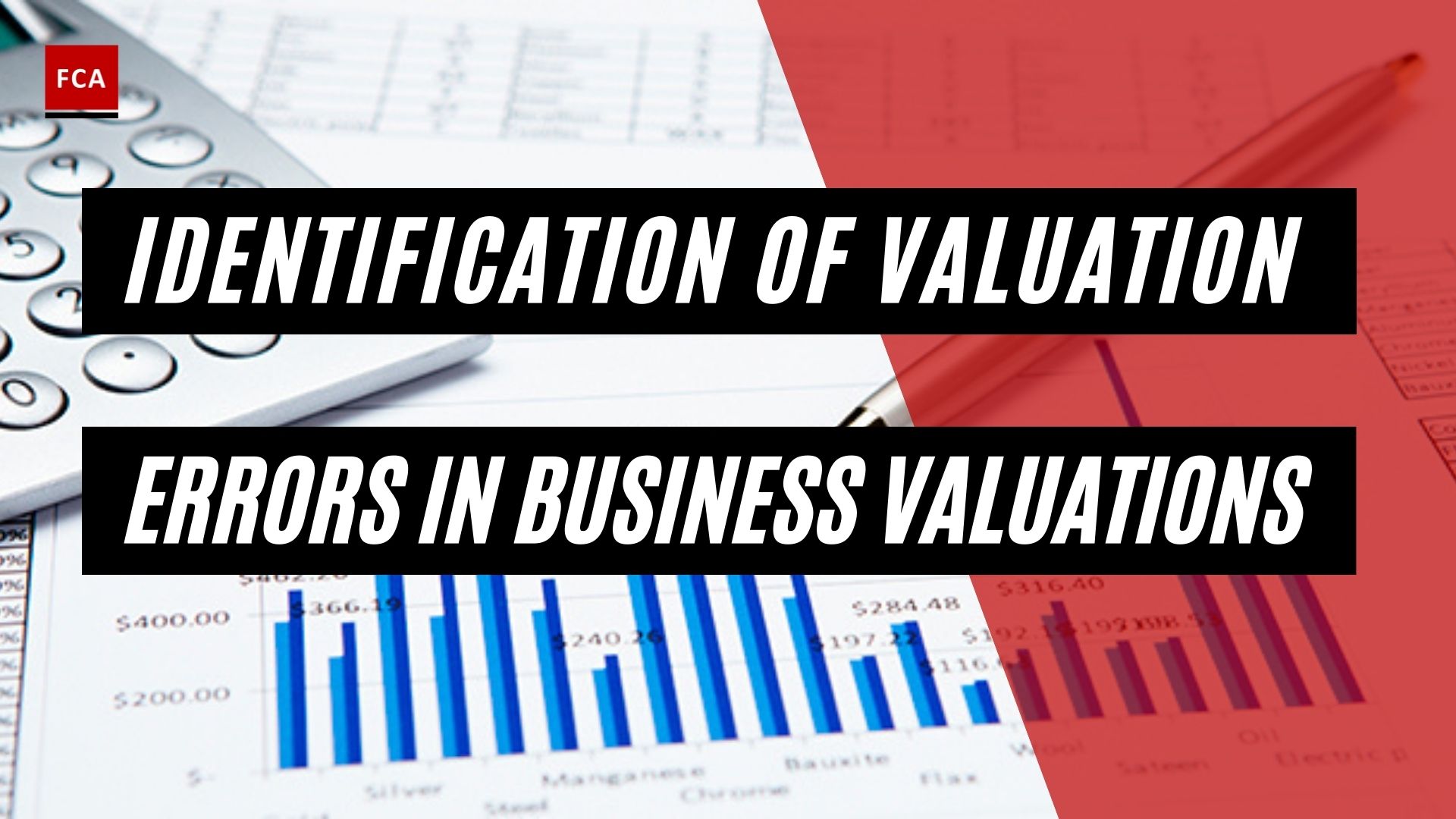