Never Ask For Whom The Bell Tolls-It Tolls For Thee 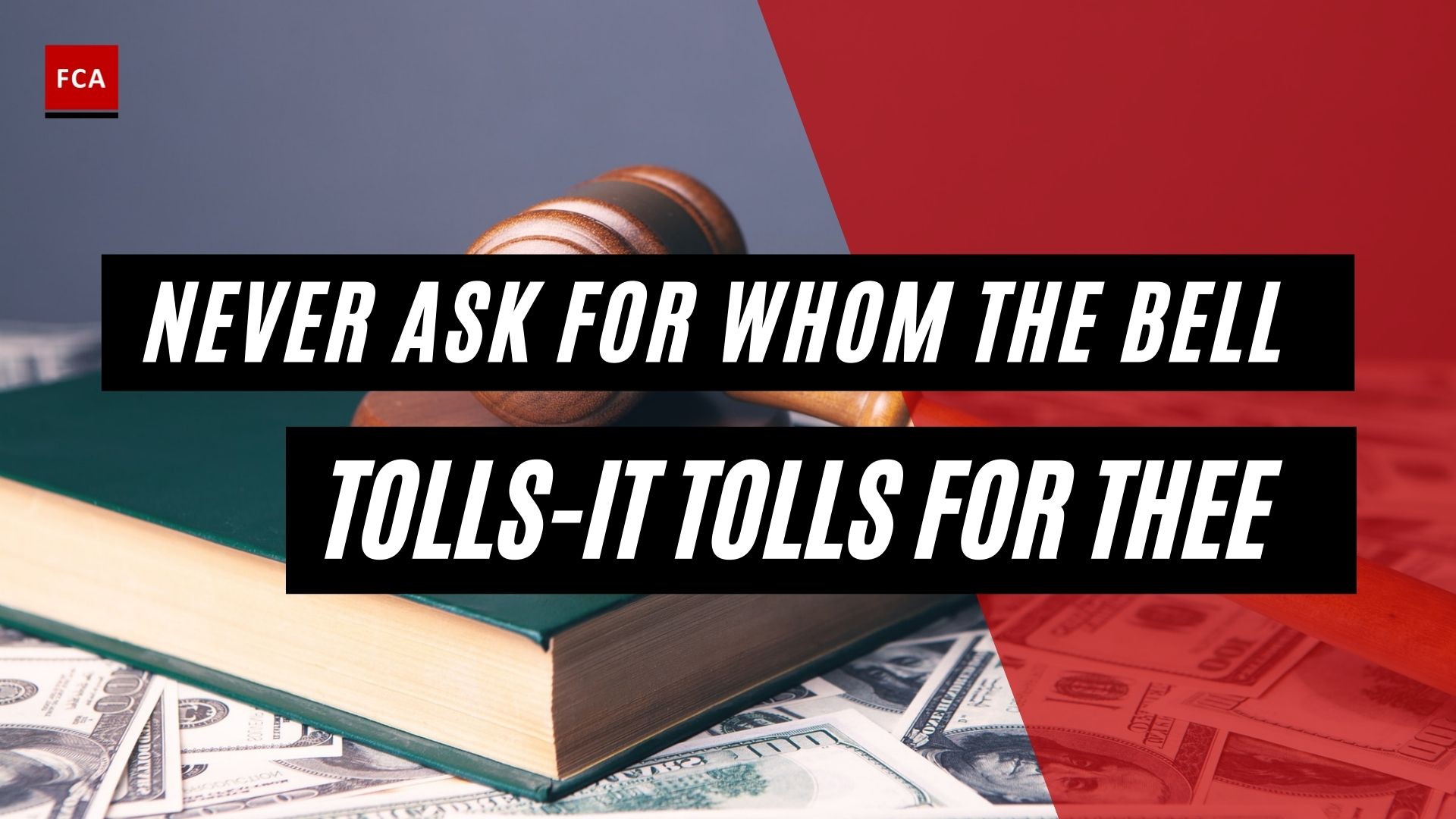 This article was written by Ahsan Habib. Views expressed in this article are author’s personal.

Ukraine is burning, it’s not all about Ukraine, it’s about humanity. Humanity is in the crosshairs. Across the globe, almost every crime, be it a war crime or a financial crime are driven by greed. And greed will be here until the end of human existence. Just like oligarchs and kleptocracy when we think of corruption.

Oligarchy And Kleptocracy: Other faces of Corruption

What once John Donne mentioned (later adapted by one of my favorite novelists Ernest Hemingway) in his work of 15/16th century, seems perfect in today’s context. Donne tried to point out people’s mortality and when a funeral bell is heard, it is a reminder that we are approaching death each day. But this time, deaths are caused by senseless acts of greedy people.

As we may admit, many crimes more or less end up in money laundering and the funds are obtained from Human trafficking, tax evasion, Ponzi schemes, kleptocracy/political corruption/oligarchy, drug/weapon/organ smuggling, green crimes, terrorist resourcing and what not.

These offences have a well recognized name in common i.e. Predicate Offence which ultimately leads to money laundering.

Money laundering is as old as any other illicit business. American gangster Al Capone was proved guilty of tax evasion (one of the predicate crimes), he owed over $200,000 in back taxes which awarded him 11 years of imprisonment. His income was mainly derived from his gambling establishments, houses of prostitution and bootlegging.

If Capone was born in current era, I am pretty sure, he would have focused on buying yachts (instead of maintaining brothels) in ‘untraceable’ names and of course, he had to take blame for ‘inventing’ fancy word like oligarchy. Even he could think of being curious on ways of exploiting Airbnb.

Combating financially motivated crimes is not all about money. It’s also about saving human lives from drugs, from being victim to gun violence/war crimes, from modern day slavery/online child exploitation, green crimes.

With the significant expansion of the predicate offences list and innovations in products, financial institutions (FIs) have leaned towards Risk Based Approach (RBA) so that they may assess their own risks and decide which customers they are going to onboard and serve. Will they continue to recognize Politically Exposed Persons (PEPs) as high risk clients without categorization ? Will the FIs figure out best practices to deal with Reputationally Exposed Persons (REPs)?

Global standard setters or regulators don’t have much to do with setting new standards for examining/periodic review of REPs. PEPs who have been mentioned in the recently exposed Pandora Papers, are already in a grey area in terms of risk factors. REPs are also provoking thoughts or raising eyebrows when we see news on Miami professor who has been told to stay behind the bars for laundering dirty Venezuelan money.

Have we ever thought, we may need to put Head of International Sports Associations under Politically Exposed Person (PEP) category ? May be in the future, Rule Based Approach would seem more feasible to FIs while combining human intelligence with artificial intelligence.

Capone was not familiar with that, for sure. Bad actors have always been creative . If they would have used their talents for the sake of humanity, the planet could be benefited. But they decided to pick the road less travelled that time (now these roads are highly occupied…as greed is increasing).

They are convincing vulnerable and young people often on Instagram and Snapchat to let them use their bank accounts for illicit fund flow. Sugar daddy scammers are so active on this space and twitter. May be these happenings are still underreported but are increasingly demanding our focus on money mules.

My sincere apology to Abraham Lincoln for adapting his words in a different context while pointing at a luxury asset, often being owned by corrupt people. In this era of yachts, superyachts and mega yachts, we see authorities from around the world have seized almost a half-dozen superyachts belonging to billionaire oligarchs allied with Russian President Vladimir Putin. Not a tale from the ‘Arabian Nights’. Authorities in Italy seized a 215-foot superyacht called the Lady M.

It’s owned by Russia’s richest businessman, and it’s estimated to be worth $27 million. The vessel requires 14 crews, has six guest cabins, a pool and a gym. Wow, that could be a dream spring travel and vacation for anyone! Document leaks like Pandora Papers, Suisse Secrets once again indicated the dire need to set regulations and standards around professional enablers like attorneys, accountants. What was the source of funds used for this huge infrastructure around these floating castles ? I don’t think, cash payments are involved for these services. There might be multi invoices.

‘Unexplained Wealth Orders (UWO)’ -To Enforce Or Not To Enforce, That’s The Question

When the owner of a property needs to prove the provenance of funds used to pay for it and they cannot, they should be going through UWOs and the property may be seized and sold. This is the usual practice in the UK and may be in few other jurisdictions. Was this practice followed to know the source of wealth of Chelsea club owner ?

My understanding is, UWO may work better than Beneficial Ownership Registry when it comes to combating money laundering through real estate, art and antiquities and other luxury properties. UK has already started getting benefits of UWOs in making the actual recovery of the alleged proceeds of crime. However, much more meaningful efforts need to be put on this as it still lacks teeth.

Major crypto-currency exchanges have ruled out restricting ordinary Russians from using the service. But here comes the question, who will be held accountable to identify the ‘extraordinary’ Russians. Undeniably, the struggle between compliance, ethics and revenue has been continuing for a pretty long time. Though the exchanges insist they are well equipped to avoid abuse of their platforms, can they really prevent (or want to prevent) sanctioned entities from parking their assets using cryptocurrencies ? Are they sure, the ‘people of interest’ won’t slip through the nets ? Sorry about my raised eyebrows, I have nothing to do with it…poor me.

Sanctions compliance has never been more challenging as compared to current compliance landscape. Sanctions and Executive Orders are being issued at a speed more than light.  Aggression is happening in many places; it’s happening in Ukraine which is getting the attention it deserves. It’s long been happening in Palestine, unfortunately not getting the attention it deserves. Onus is on all of us to navigate through this. AFC professionals, having strong background in Correspondent Banking/Trade Finance are going to be of high demand in coming days. And undeniably, the Anti Financial Crime (AFC) mission is never ending, to be more specific it is never accomplished. It’s not a mission of British novelist Ian Fleming’s intemporel character James Bond.

When it comes to AFC space, we may win many battles but it appears, we can never win the war. This mission is never accomplished, contrary to the James Bond movies. However, we the AFC professionals are fighting tooth and nail to give bad actors a hard time, keeping in mind, cost of non-compliance had always been higher than the cost of compliance.

Corruption is defined as unethical behavior by those in positions of power, such as executives or government officials. Giving or accepting bribes or inappropriate gifts, double-dealing, under-the-table transactions, manipulating elections, diverting funds, laundering money, and defrauding investors are all examples of corruption. One example of financial corruption is an investment manager who is actually running a Ponzi scheme.

When corruption occurs within an organization, unfavorable media coverage usually follows, which can cause customers to lose trust in the company’s business practices and products. To limit reputational damage and restore trust, a comprehensive public relations campaign is frequently required. This necessitates valuable resources such as time and money, which may deprive other critical areas of the organization. As a result, inefficiencies resulting in financial losses are possible. Corruption Perceptions Index (CPI) measures the perceived level of corruption in the public sector. Transparency International publishes CPI each year.

The author Ahsan Habib is currently working in a leading bank in Canada in AML Department. He is a seasoned banker from Bangladesh where he worked in correspondent banking and the foreign remittance department. He is vocal against greed driven crimes like Human Trafficking, Child sexual exploitation, corruption.

Feel free to check him out on LinkedIn here. 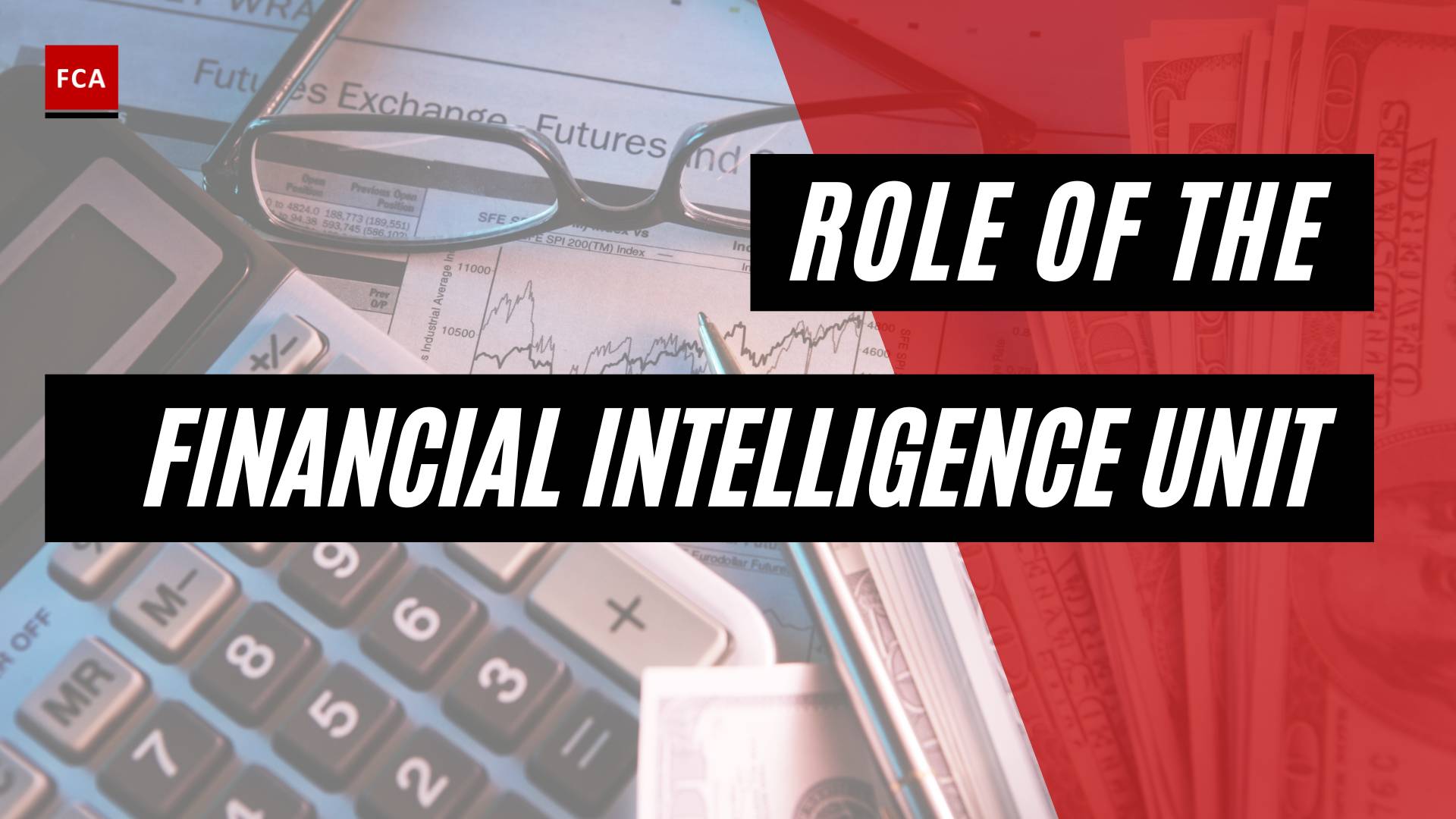 Role of the Financial Intelligence Unit