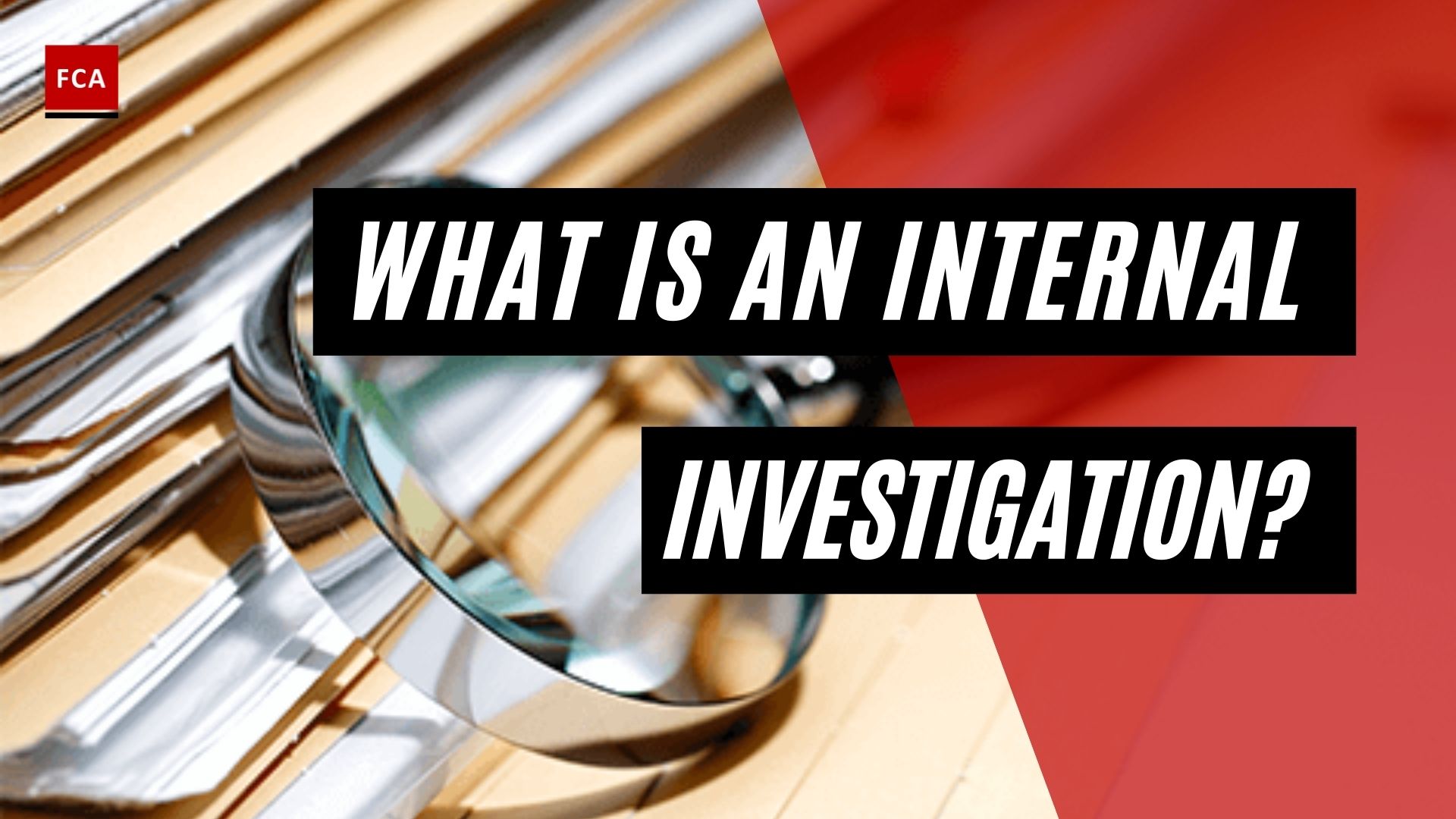 What is an internal investigation? An internal investigation is a formal inquiry undertaken by an organization to ascertain if any laws, regulations, or internal policies were breached and, if so, proposes corrective methods. They are conducted either before serious malpractice because there has been a substantial likelihood of any policy or legal violations by the organization or its employees, after potential wrongdoings, or when an organization becomes conscious of the accusations either from an outside source, such as law enforcement or within the organization, such as whistleblower claims.

What Is An Internal Investigation?

The purpose of any internal investigation is to conclude the facts surrounding the investigation, which include what and when it occurred, who was responsible, who may have been affected, and what additional steps might be needed to prevent the alleged wrongdoing from occurring again? It is a fact-finding procedure that is undertaken to get to the bottom of potential misconduct by the organization itself or by an officer, director, or employee.

Internal investigations may be associated with: the employee’s actions, whether it’s an accusation of criminal wrongdoing, such as theft or a violation of company policy; interpersonal or human resources claims, such as harassment, discrimination, or unfair termination; regulatory compliance concerns initiated by regulatory bodies; or potential litigation that is not formally filed until no due diligence evaluations in advance of corporate restructuring.

A major part of this course concerns accusations of misconduct and how the rules for completing an internal investigation relate to any sort of investigation.

An investigation into potential wrongdoing begins with some type of complaint from an employee, an anonymous whistleblower, a regulatory agency, or a potential litigant. In the case of employee complaints, it is important to provide a neutral and approachable reporting method, such as a hotline.

The purpose of an internal inquiry into possible wrongdoing is to discover and address misbehavior or to remove suspicions. Investigations should be handled so that any individual incident of wrongdoing is reduced and similar future breaches are discouraged. The main objective is to create a welcoming, productive work atmosphere that is neither distracting nor discriminating.

Successful investigations are swiftly commenced, quickly concluded, justly assessed, and are as in-depth as they should be.

Internal investigations should be accurately documented, beginning with the starting complaint. A well-written complaint ensures that the charges do not shift gradually over time and that the investigation has a clear endpoint.

Internal investigations provide unique challenges. They should be completed as soon as possible since they have an impact on internal operations throughout their duration. Furthermore, unless proof of wrongdoing is discovered, inquiries into allegations of misconduct should be conducted in a manner that safeguards privacy and reputations.

The conclusion of an internal investigation relies on whether the investigation produces evidence to support an accusation. An organization may realize that it may require it to apply new policies, carry out additional staff training, or adopt measures against specific perpetrators. A detailed, well-documented investigation lays the foundation for any formal follow-up that it may make necessary.

In the wake of recent corporate scandals, the financial crisis, and the enactment of tougher corporate accountability standards, internal investigations are becoming integral to good corporate governance. Internal investigations can be initiated for a variety of reasons, including allegations of significant corporate misconduct that could violate federal or state law, a complaint from an employee, ethical lapses, or wrongdoings by a competitor.

Conversely, a poorly conducted investigation can place a corporation, and its directors and officers, in a worse position than they would have been in the absence of such an investigation.

However, if the suspected misconduct is significant, or involves senior management or the board of directors, it is likely conducted by an outside counsel. While every internal investigation has unique characteristics, to be most effective, they should be timely, thorough, accurate, fair, objective, and credible. If an internal investigation does not meet all of these goals, it likely will be ineffective. Credibility is key, and as the seriousness of the conduct at issue increases, so should the independence of counsel conducting the investigation.

Internal investigations aid the company in gathering information, developing defenses, and devising a solution to identified deficiencies. Internal investigations, in particular, can help businesses identify employees who should be fired (or worse) as well as policies or procedures that need to be changed. Furthermore, corrective actions may support a reduction in civil and criminal penalties imposed by the government or the judiciary on the company.

Furthermore, an internal investigation can position a company to accurately assess the alleged wrongdoing and consider initiating settlement negotiations with those harmed; alternatively, an investigation may yield support for the position that no wrongdoing occurred. 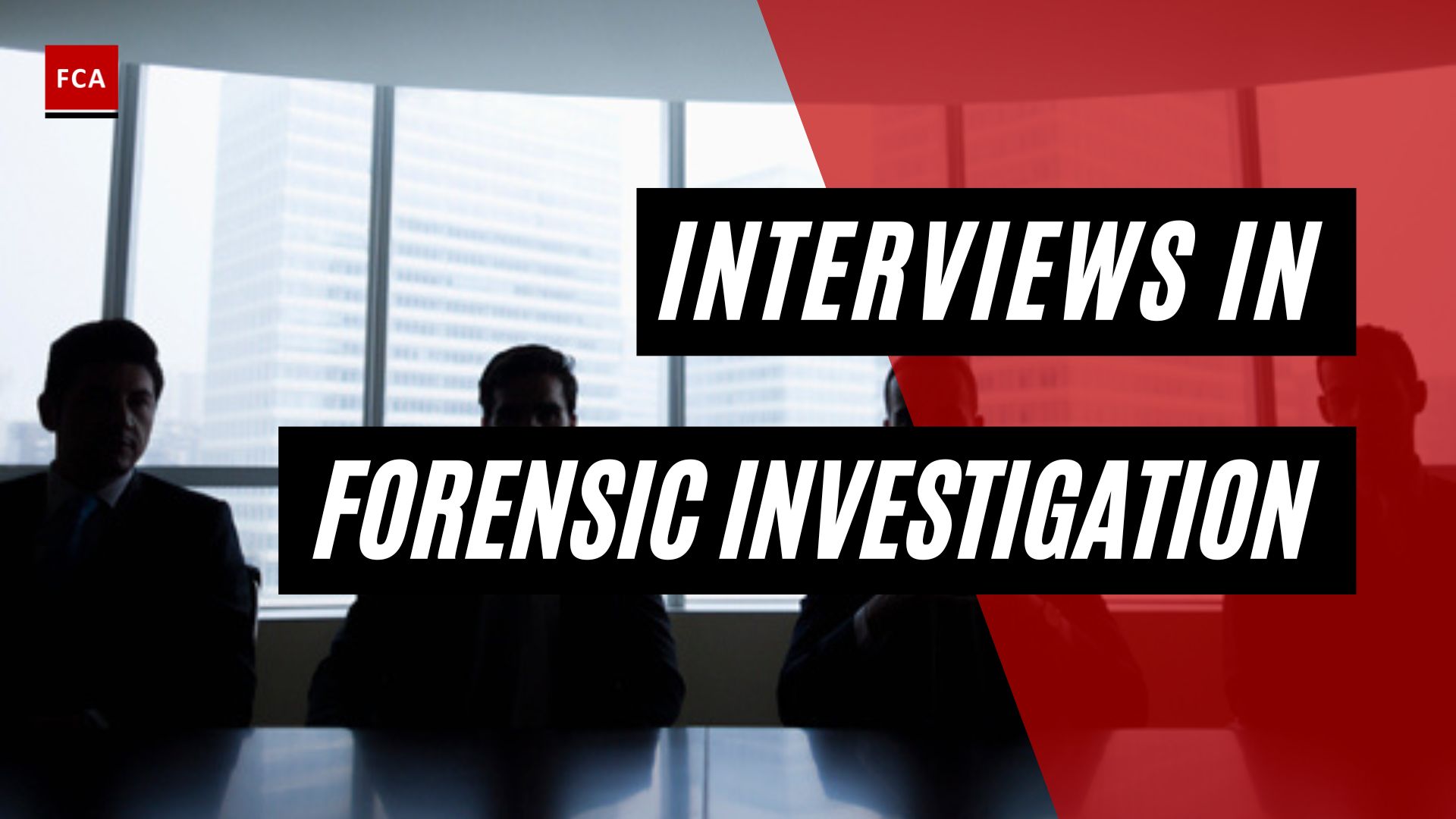 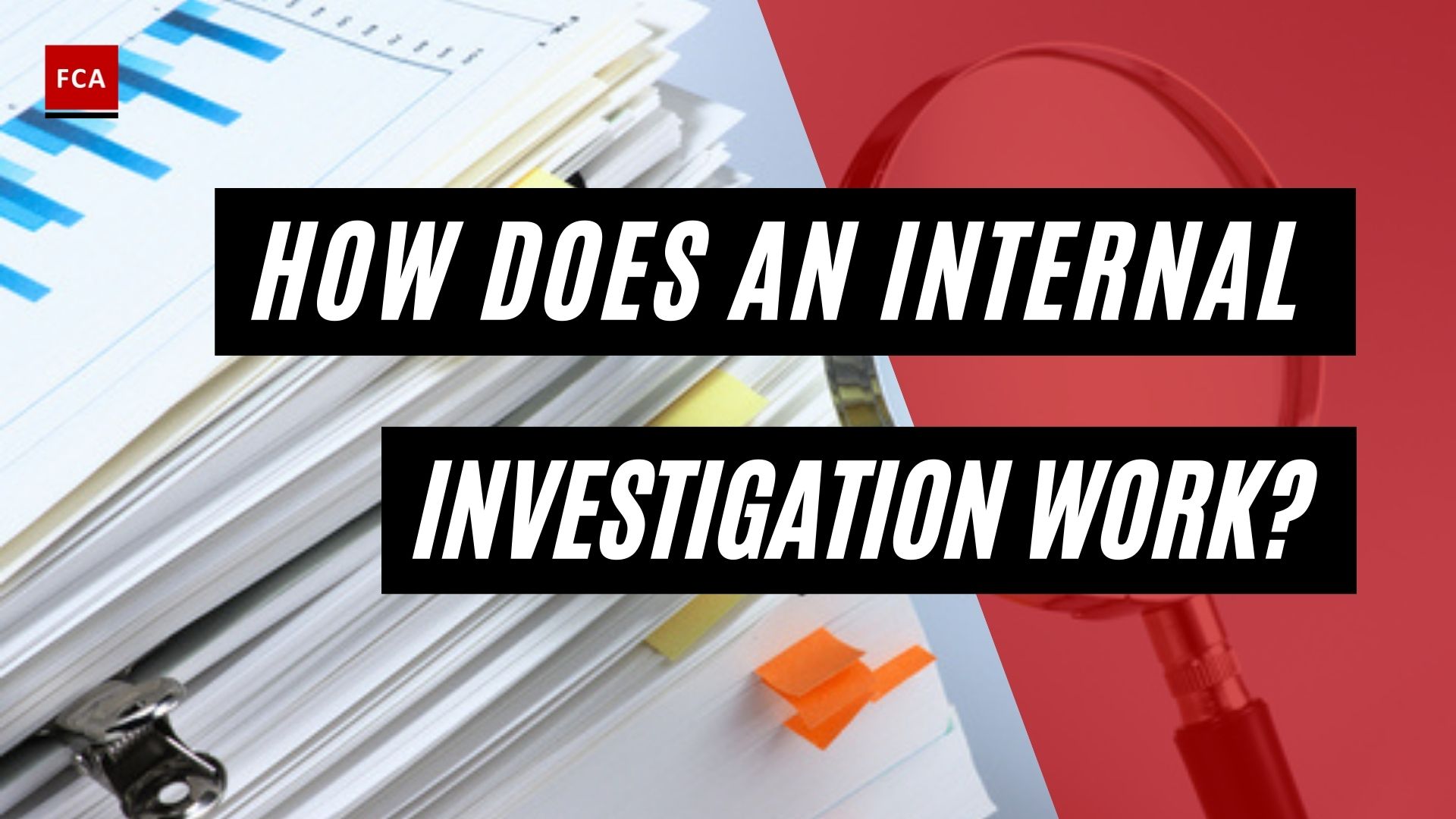 How Does An Internal Investigation Work? 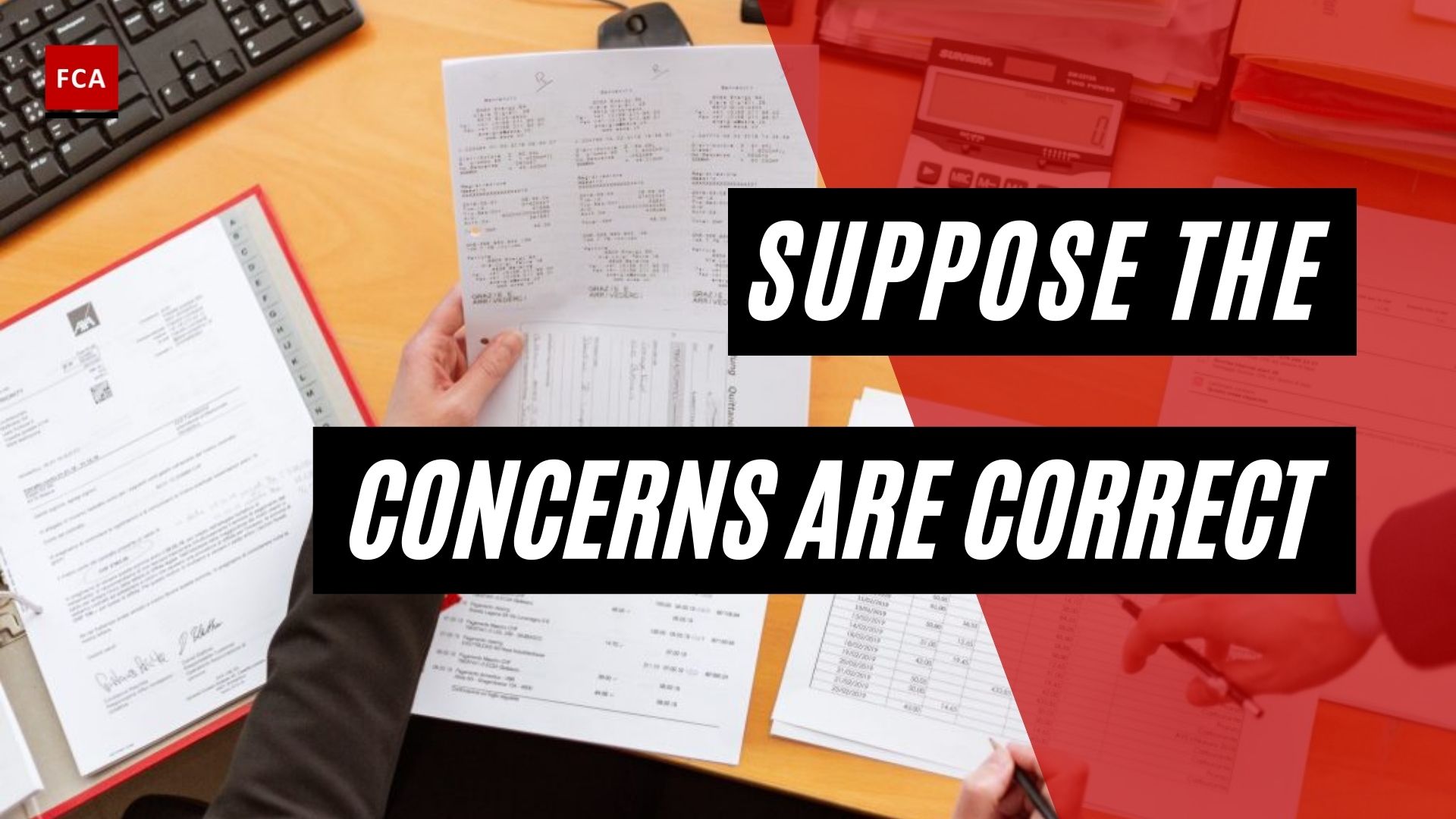