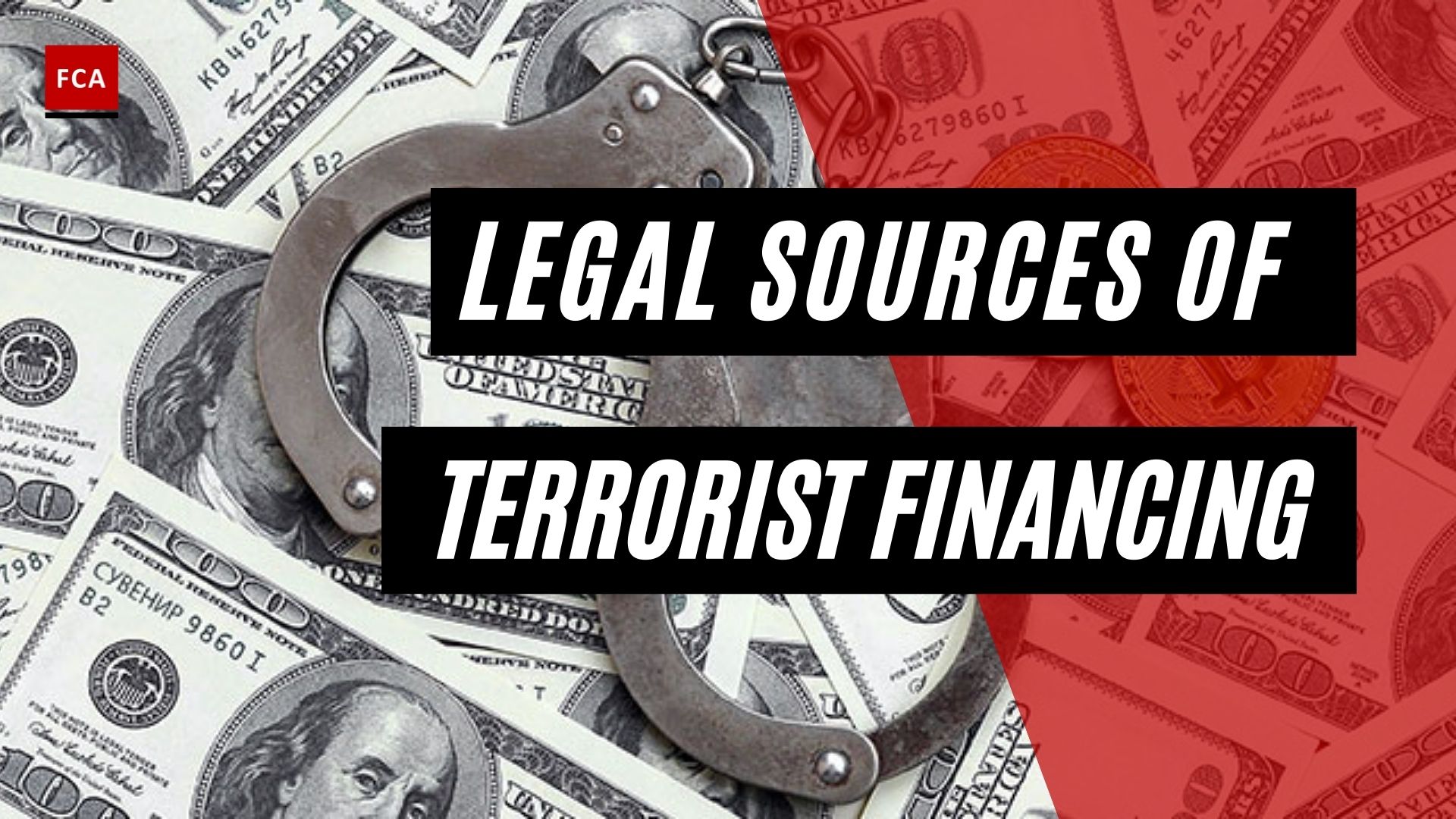 Let’s look at the various legal sources of terrorist financing. It is difficult to separate between terrorist and criminal funding sources. Both are closely linked since, as we mentioned earlier, it is common for terrorists to fund their operations with criminal activity. There are common crimes resorted to that could be considered “terrorist activity.”

What Are The Legal Sources Of Terrorist Financing?

It is a common misconception that all sources of funding for terrorist syndicates are illegal. However, as we noted above, there are legal sources of terrorist financing that stem from legal activities. These activities are mainly conducted through the diaspora, charities, and firms.

For example, the 9/11 Commission reported that most of the facilitators involved in raising, transferring, and storing the funds that al-Qaeda used were donors primarily from the Gulf region, although there were other donors from around the world. The legal charities and businesses were used by individuals and groups to create a significant financial network used to support terrorist activities.

State sponsors are countries whose governments are directly involved in sponsoring terrorist groups. Afghanistan and Sudan are examples of countries listed as state sponsors of terrorist groups. For example, most banks and companies used for al-Qaeda operations under the leadership of Osama Bin Laden were in Khartoum (Sudan). These banks include Al Themar Al Mubaraka, Islamic Bank Al Shama, Taba Investment Co. Ltd, Ladin International, Faisal Islamic Bank, and Al Qudarat. Al-Qaeda-controlled companies located in Africa included a Sudanese construction firm, Al Hiraj, the holding company Wasi al AQuq, shrimp boats located in Kenya, and an ostrich farm. The state sponsors, in this case Sudan and Afghanistan, provided support including financial assistance in the acquisition and holding of the companies.

According to federal court filings by the United States Justice Department and reports by the Central Intelligence Bureau (CIA), individual donors to Islamic charities also make major donations to terrorism activities. Saleh Al Rajhi and his family members, for example, are among the largest private donors of terrorist financing geared toward supporting terrorist activity in different parts of the world. According to an endowment holding, Al Rajhi donated approximately 50 million dollars within Saudi Arabia and 12 million dollars to other countries including the Palestinian territories, Chechnya, and Kosovo to assist embattled Muslims and further finance “Islamic instruction.”

In the United States, a Boston private-equity firm that manages large sums of money for Muslim investors in the Middle East and Europe is linked to a Swiss investment group and suspected of possibly engaging in financing Islamist extremists.

Other listed financiers of terrorist groups are private individuals and corporate donors.

In the Muslim world, religious financing is a significant aspect of their practice. Charities are a big part of Muslim law and tradition. For example, the “Quranic Tax” involves the offerings of the rich to the poor. The Quran mandates wealthy Muslims support the poor within their communities. Al-Qaeda, at its peak, tapped into these key conventions and went ahead to raise funds for its terrorist activities through collection boxes placed in Islamic centers and mosques.

The Mosque network also continues to provide significant financial support to the Jihad. At various times, it has acted as the main vehicle through which countries, armed groups, Islamist organizations, and state shell sponsors link up and do business with each other.

In most countries, donations to charities and non-governmental organizations (or NGOs) are legal. Problems only arise when some or all objectives of a non-governmental organization are not legal, or the NGO is linked to the diversion of funds to finance illegal activity. Terrorist syndicates have for a long time taken advantage of charitable organizations to mobilize funds to carry out their operations. Enaam Arnaout is a classic case of interlinking charity and terrorism.

Arnaout worked in Maktab al Khidamat, an organization that was run by Osama Bin Laden and Sheikh Abdullah Azaamm, with the principal aim of offering logistical support to the Mujahideen (holy warriors) who were fighting the Soviet Union in Afghanistan. There are also various charities located in Southeast Asia that were associated with Mohamed Jamal Khalifa, the brother-in-law of Osama Bin Laden. Khalifa directed the International Islamic Relief Organization (or IIRO) – a Saudi-Arabian charity. Research has pointed out that at various times, the organization was used to support local terrorist operations in Southeast Asia.

There are many instances that terrorist syndicates form legal businesses as a front, yet the primary aim of the business is not to raise revenues. Rather, the objective of the business is to act as a cover for illegal activities including but not limited to recruiting and employing people to work for the terrorist organization.

Examples of these companies under the al-Qaeda group include:

In the Middle East, al-Qaeda has large agricultural holdings in Tajikistan, large tracks of forests in Turkey, and holding shares in As-Shamir Islamic Bank. Members of al-Qaeda own banks, venture capital firms, holding companies, and import-export companies. In Europe, for example, their portfolio includes real estate in the French Riviera, London, and Paris; hospital equipment in Sweden; paper and wood industries in Norway; and beef and dairy commercial ventures in Denmark.

Terrorist groups use a sophisticated network of shell banks, shell companies, and offshore trusts to hide their assets and to protect the identity of individuals who make financial contributions. Let’s again consider the case of al-Qaeda, “Al-Shamal Islamic Bank,” which is based in Khartoum that Osama Bin Laden used as a correspondent bank. Various foreign currency accounts belonging to different companies associated with Osama bin Laden were set up. Al Shama Islamic Bank was able to sustain close relationships with several reputable banks around the world such as City Bank, and this way, al-Qaeda was able to rapidly move money around the world without impediments.

Scholars have studied how terrorist groups and their sympathizers use trusts to transfer large sums of money. For example, a company referred to as “BMI” reported an investment of USD 3.7 million in New Jersey.  Among the biggest investors was Yasin al-Qadi, a businessman based in Jeddah, Saudi Arabia, who is considered by authorities in the United States as a principal member of a global network that finances terrorism and Islamic causes such as religious education. Moussa Abu Marzuq was also another major investor of the company.

Terrorism does not have a specific definition in international law. In retrospect, the international community cannot sit back and wait for such a definition to be developed before taking action to criminalize all actions that constitute the crime of terrorism financing. Essentially, because the various acts perceived to constitute an act of terrorism are commonly agreed upon even without a definition within the realm of criminal law, whether domestic or international. This, in our opinion, provides a foundation for respective countries to proceed with the establishment of a competent legal regime to deal with the threat in its entirety. 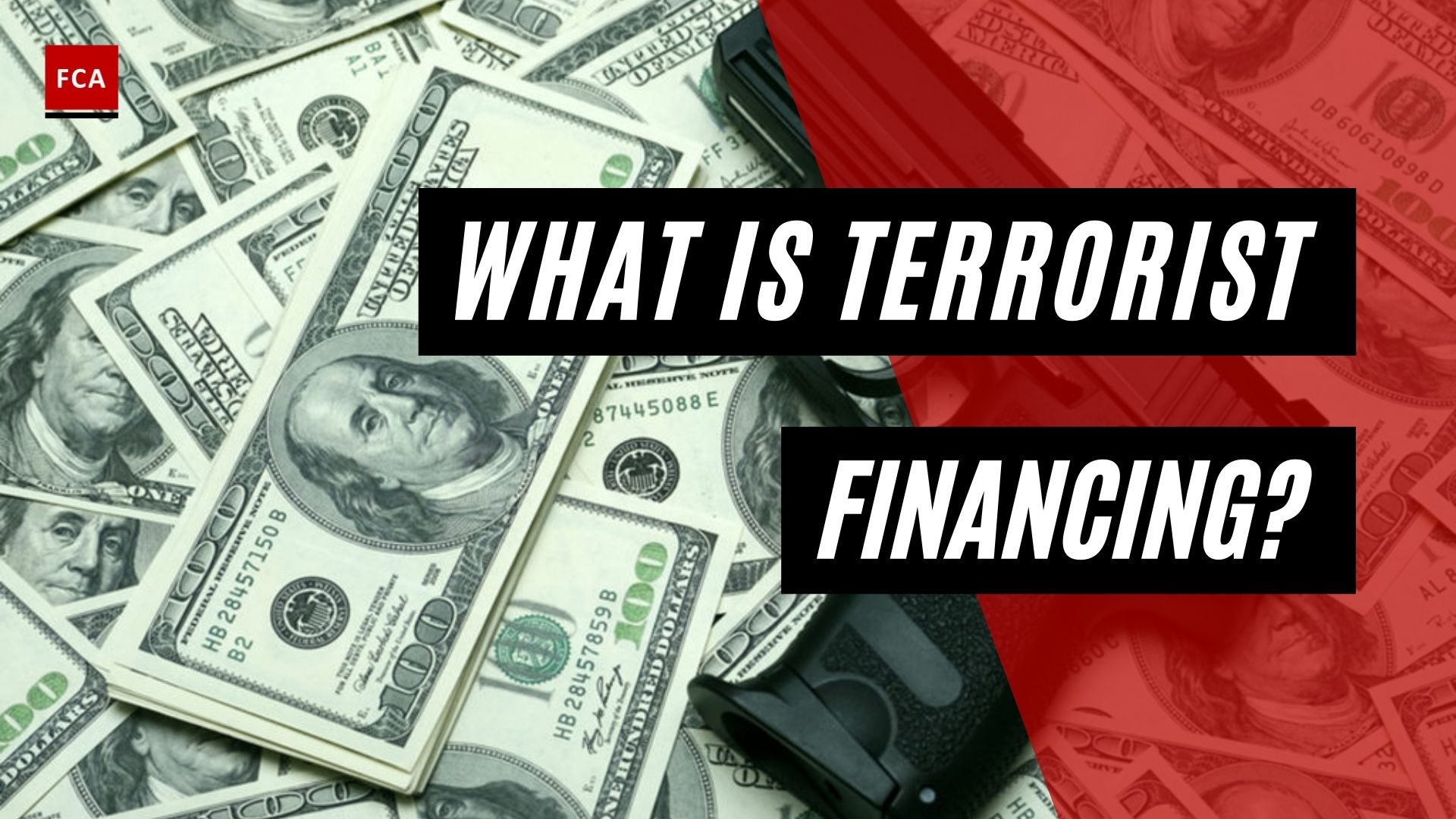 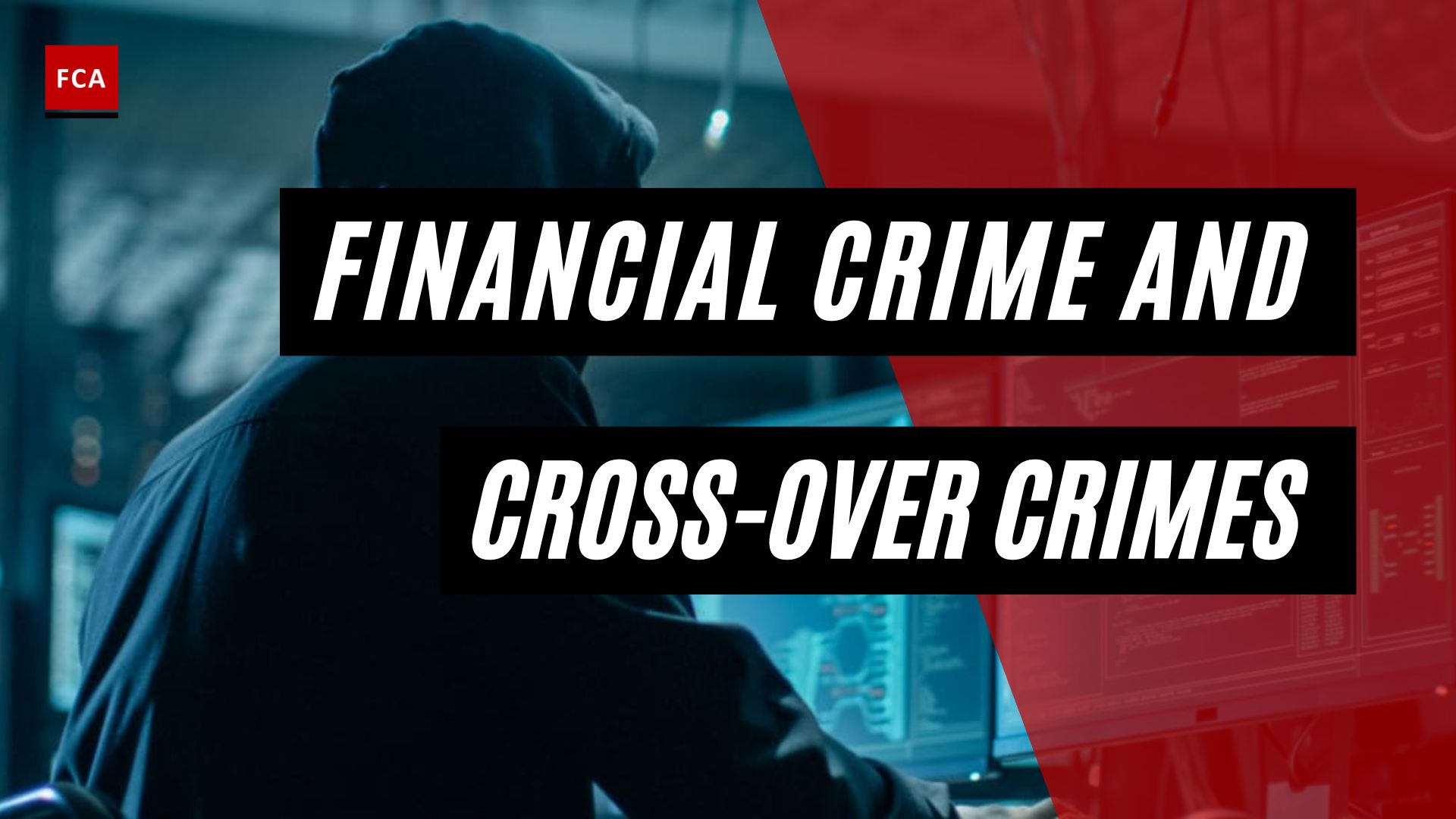 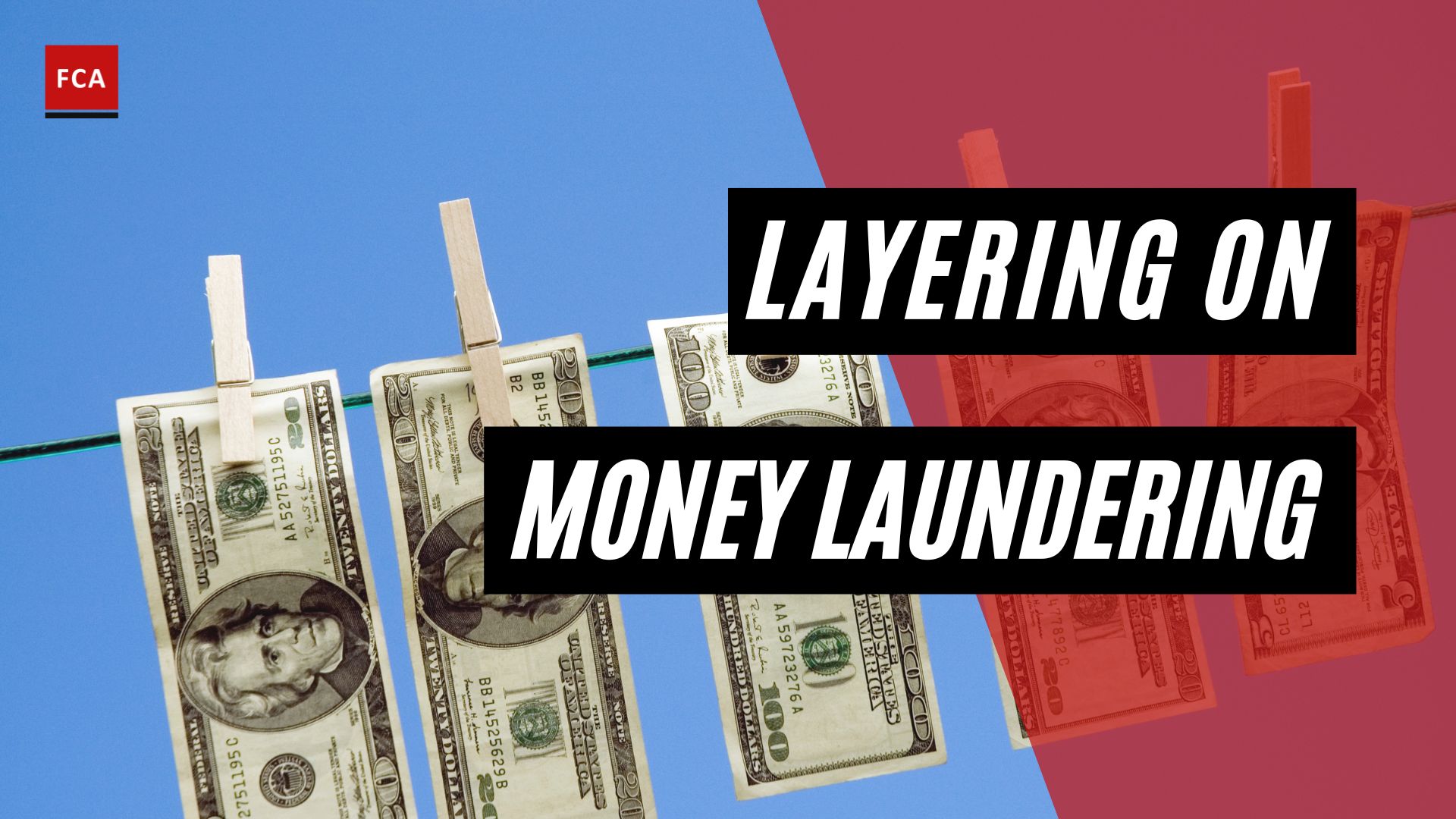 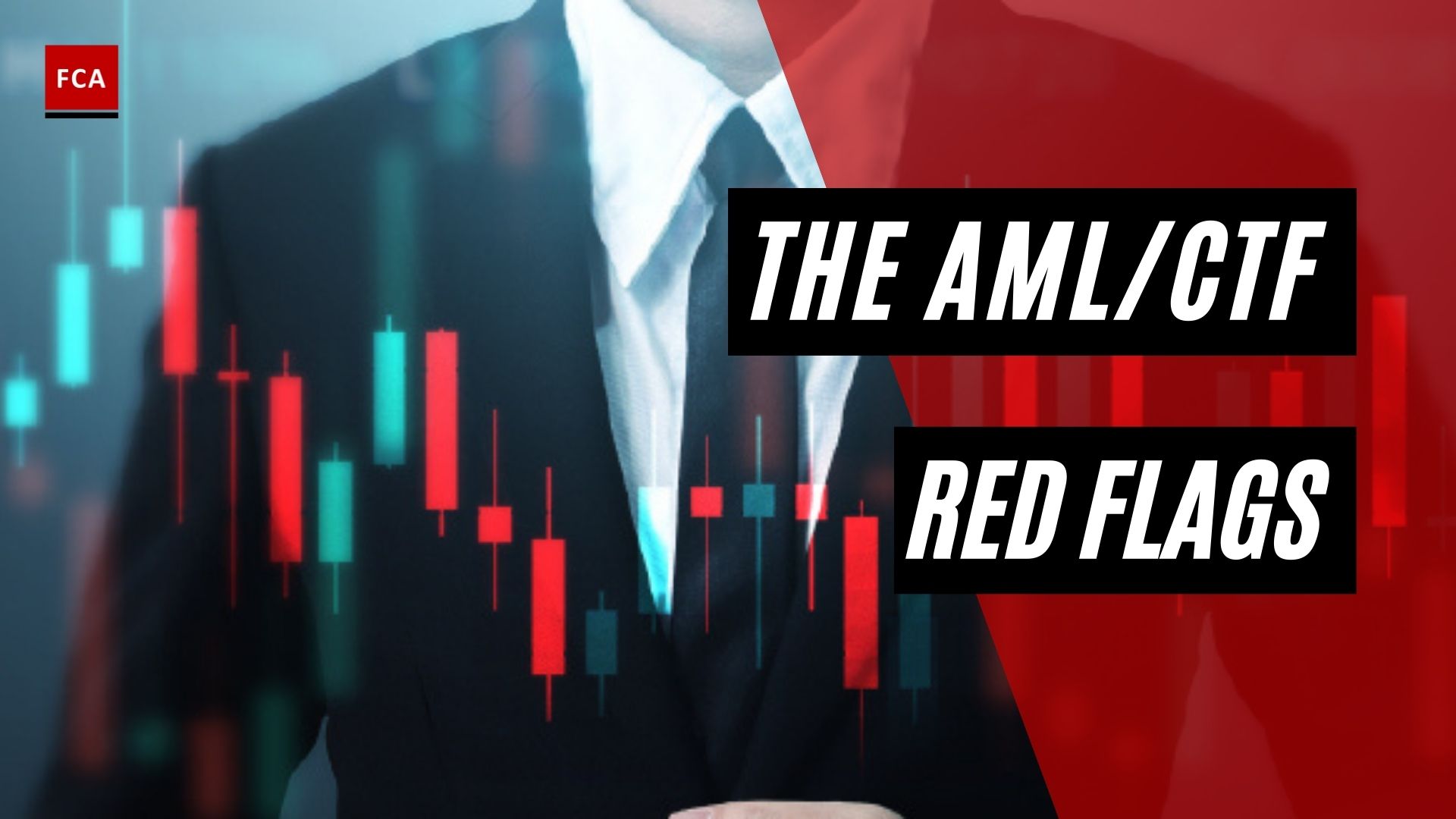